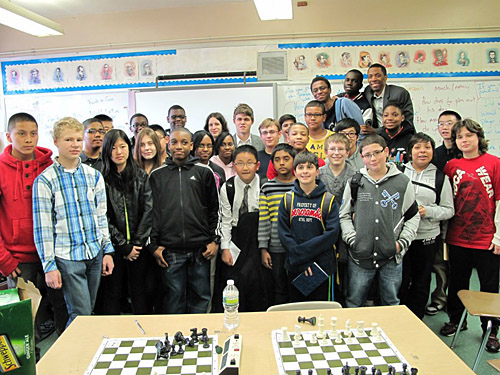 Magnus Carlsen (back) with National Champions, IS-318

Magnus Carlsen made a pit stop at newly-crowned national champions IS-318 and heightened the celebratory mood in New York. IS-318 is the first middle school (6th-8th grade) to win the National High School Championship (9th-12th grade). Carlsen was in New York on business and stopped by the school.

From the photos there was a lot of excitement in the room as Carlsen signed lots of autographs and settled in to play the blitz games with the championship team. According to onlookers Carlsen won 4-0 and afterward remarked that “he knew the players were good, but not THAT good!” 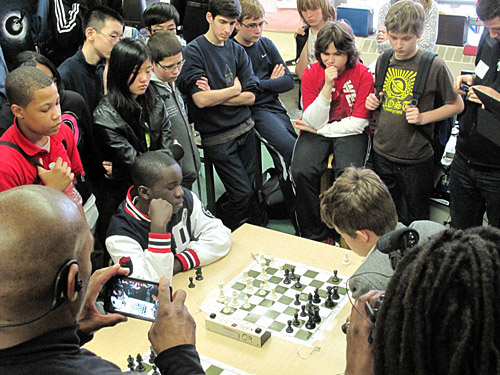 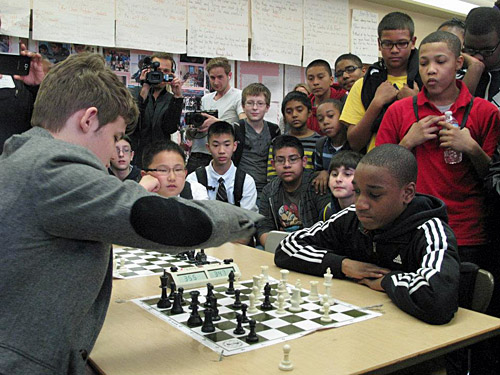 Carlsen attempts to hold off James Black, Jr. The world’s top-ranked player finally broke through on the queenside. 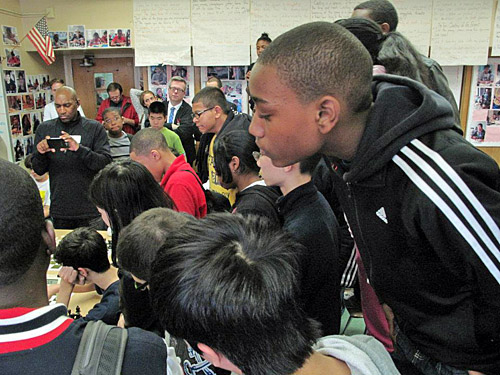 Rachel Maddow of MSNBC profiled the school on her show and while she still repeated the tired “geek” analogies, it was welcome recognition for a deserving program. Good showing IS-318!