The Caribbean Chess Festival got off to an auspicious start as the conditions are favorable and the competition is fierce. The top section has one Grandmaster and The first round had no losing upsets, but there were a number of “upset draws”. 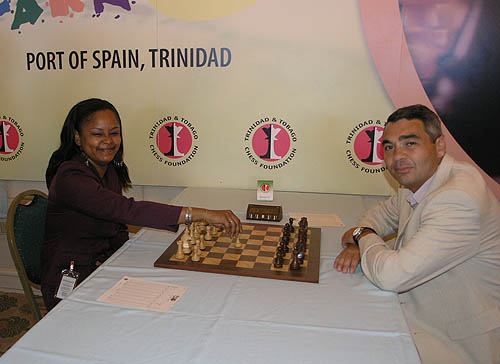 Leonard Duncan nicked IM Kevin Denny for a half-point while Ulises Hernandez held a draw with Cuban veteran IM Nestor Velez. Frank Sears held IM-elect Jomo Pitterson to a draw and 11-year sensation Josh Colas drew with Ravishen Singh, Olympiad gold medalist and former National Champion. In this game, Colas was up a clear pawn, but Singh developed some pressure. Colas had to give back a pawn, then another and ended in a technically-drawn rook ending. All other favorites won their games.

In the second round, the first game to finish was Colas drawing with IM Nestor Velez. This is a good start for the 11-year old who is making his debut international appearance. On board one Marcus Joseph had an interesting game against top-seed Sagalchik but fell behind on time and the game turned worse in the complications. IM Rafael Prasca ground down FM Martyn Del Castilho in a difficult ending. Going into the third round there are five perfect scores with Sagalchik, Prasca, IM Julio Ostos, IM Oladapo Adu and FM Mario Merritt leading the way. Merritt has a 2997 performance rating so far. 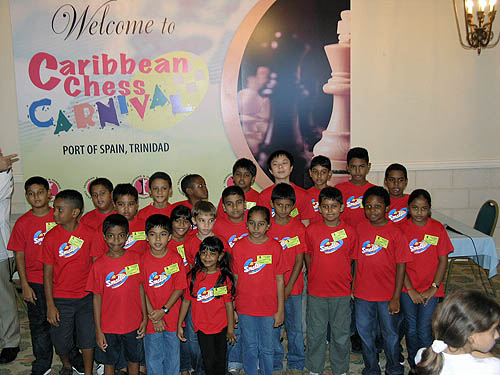 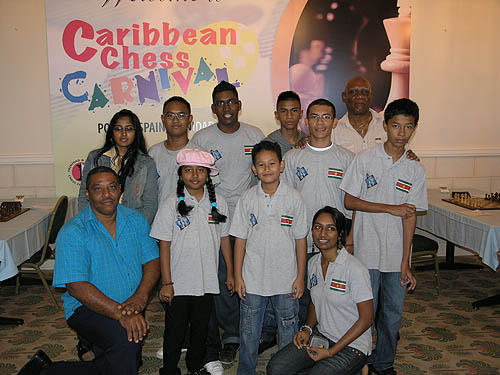 The Chess Drum beats in Trinidad!