Rochelle Ballantyne of Brooklyn Tech won the All-Girls 18-under title with 5-1. Danni Chen of Ohio State University also had 5-1 but with inferior tiebreaks. The All-Girls championship is sponsored by the Garry Kasparov Foundation in cooperation with the University of Texas at Dallas. The tournament has been in existence since 2004 when Medina Parrilla, Stephanie Ballom and Anna Ginzburg won the under-14, under-16 and under-18 respectively. 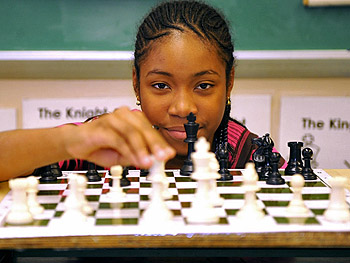 Ballantyne, a freshman at the competitive Brooklyn Tech, may follow a great number of strong players who have won scholarships to the UTD. This includes Parrilla who is completing her first year.