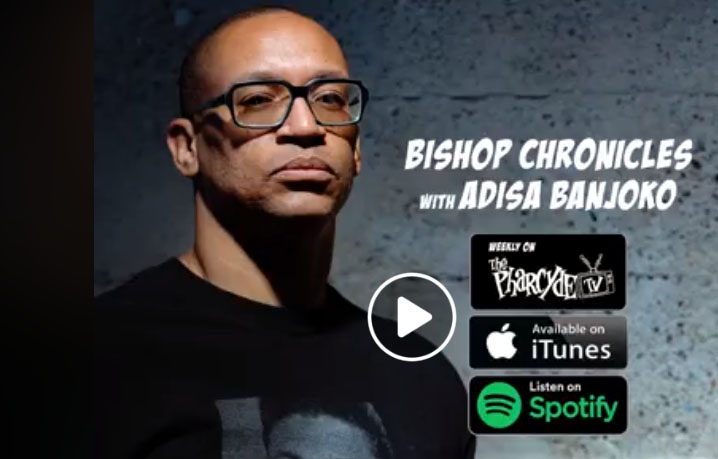 Adisa Banjoko has blazed the trails since launching the Hip Hop Chess Federation since 2006. He continues the tout the mission of merging artforms of hip-hop, chess and martial arts into a interesting philosophy and has now hosting webcasts. He gave a recent interview on his vision and philosophy.

In his 127th edition of Bishop Chronicles, Adisa invited Daaim Shabazz of The Chess Drum to his show to discuss a variety of issues. One of the most prevalent themes in the interview was the impact of chess and how it applies to the discussion of social justice. There was a recurring theme of chess as vehicle for social activism and mobilization.