With the Isle of Man is full swing and American Olympians such as Fabiano Caruana, Hikaru Nakamura and Wesley So playing, Sam Shankland and a number of junior stars were left to defend home turf. It was an unfortunate conflict of schedule and perhaps the Millionaire Chess Open would have shined brighter in its third edition. The prize offerings were certainly more generous than what was offered at Isle of Man tournament which attracted the lion’s share of the elite players.

While there has been talk of the entry fee for MC tournaments and there is certainly an argument for lower entry fee. The first two editions drew 550 entrants at $1000, but the this edition only drew 400 at $549. It was rather counter-intuitive that players did not support the event since one of the issues was the higher entry. Apart from the actual entry fee, one must also consider the depth and width of the prize offerings for the MC tournaments and chances to win. There were 50 prizes in the Open section for US$129,900 alone at only 60% of original prize fund! Let’s look at the breakdown vs. Isle of Man.

The prize structure for MC tournaments are generally higher and much deeper than most open tournaments giving more people a chance to win. In fact, the total prize fund ended on $306,000 and would have reached $500,000 if meeting the requisite number of registrants. Apparently, several players had prior commitment to Isle of Man, since MC3 was announced only in February.

There was the issue of travel and expenses for foreign players. For the MC tournaments, there are no conditions given, but for U.S. players it should be an advantage. There is also the format of two rounds per day at the MC. It is a brutal format, but it also reduces the player expenditure with fewer days. Ironically, the MC tournaments have had a healthy number of foreign players and attracting about 50 federations at MC2. This year the winnings were dominated by foreign players. So, the debate continues. 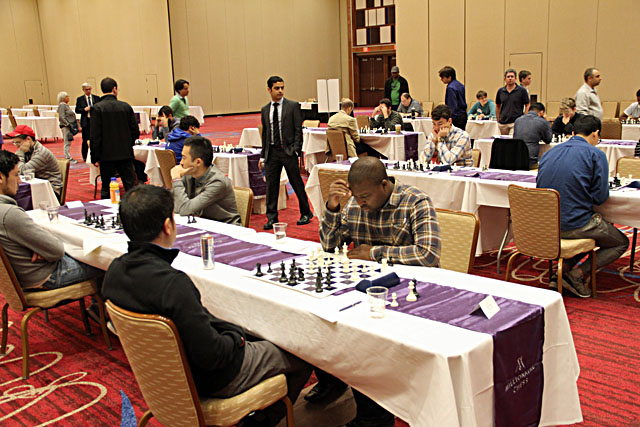 While players in the Open Section were still battling… 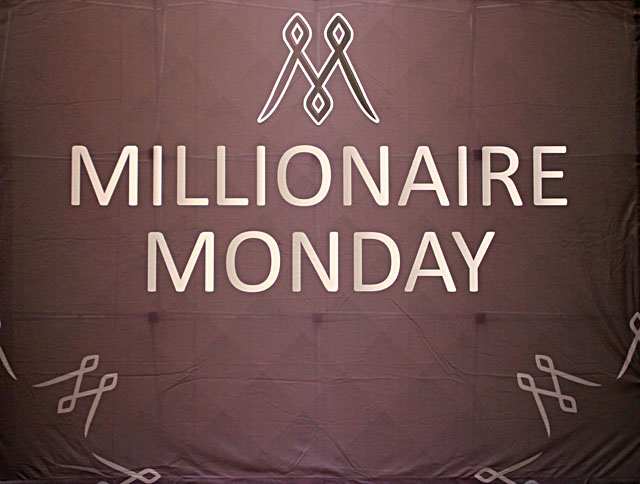 … Millionaire Monday was the main event! 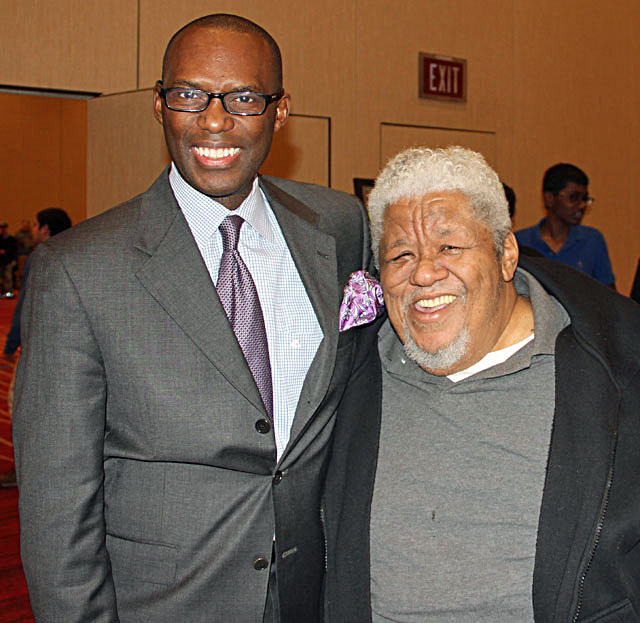 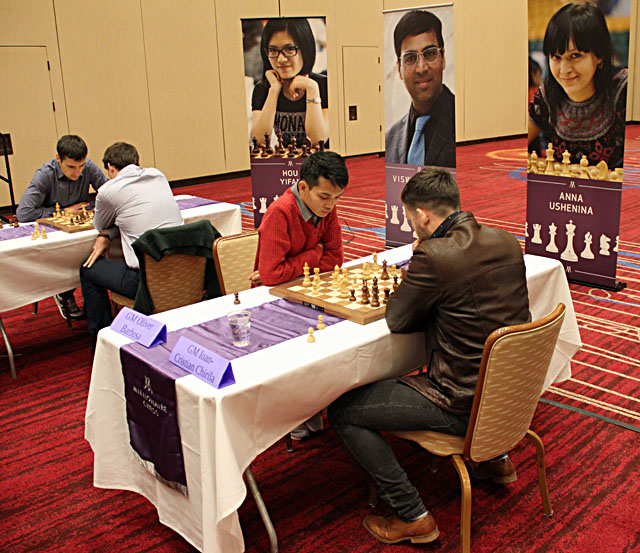 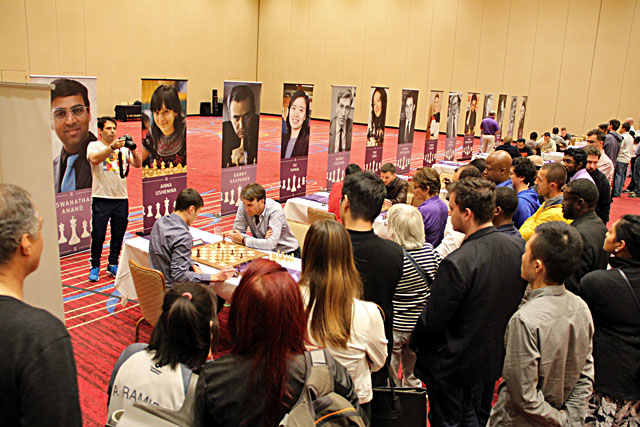 At MC2, there was no favorite, but Adhiban Baskaran topped the scale at 2689 and Sam Shankland was second at 2679. However, an unheralded Dariusz Swiercz of Poland waded through the torturous path and claimed the $30,000 first prize. The first-year St. Louis University student happily took honors after defeating GMs Emilio Cordova (Peru) and Gwain Jones (England). The final with Jones was a nail biter.

The Millionaire Monday is an exciting format in which the qualifiers (top four players of each section) get to play in an accelerated format for a larger prize fund. If you did not qualify for Millionaire Monday, you will simply continue on in the Open and play two more rounds. The format is very interesting, but the major difference was the lack of commentary and the live broadcasts that rachet up the excitement and the viewer appeal. The “Confession Booth” was also missing. Nevertheless, chess24.com was carrying the games lives and the viewership was active. David Llada was capturing the images with his usual mastery. So while MC3 did not have the panache of the first two, it was well-done. The conditions were optimal and there is still the idea that the tournament is something special. 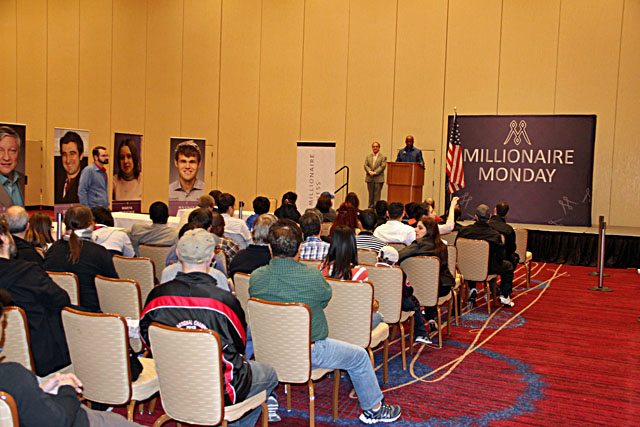 Maurice Ashley opens the closing ceremonies with warm gratitude and complimentary words of his MC partner, Amy Lee. Amy had emergency surgery during the tournament and could not attend the closing. Her presence was sorely missed. 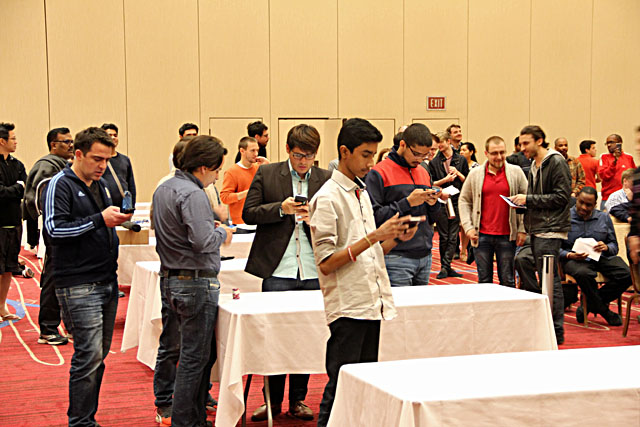 Players texting their family and friends about their winnings. 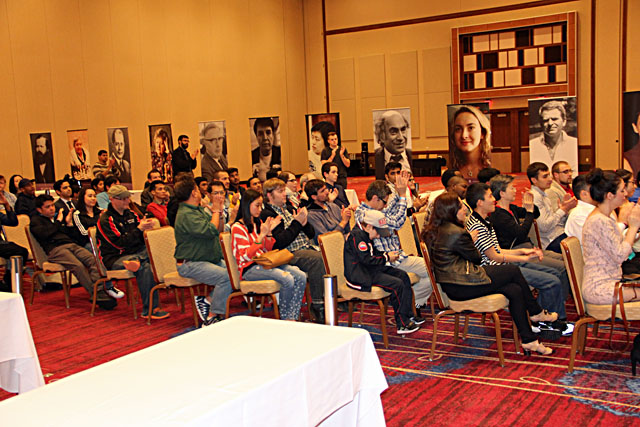 Players appears to be grateful and there were several rounds of applause. 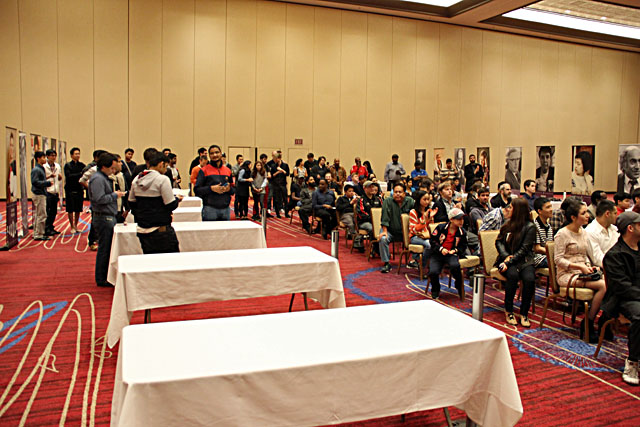 Since 60% of players won money, most of the people at the closing ceremonies had to stick around to collect… including myself! 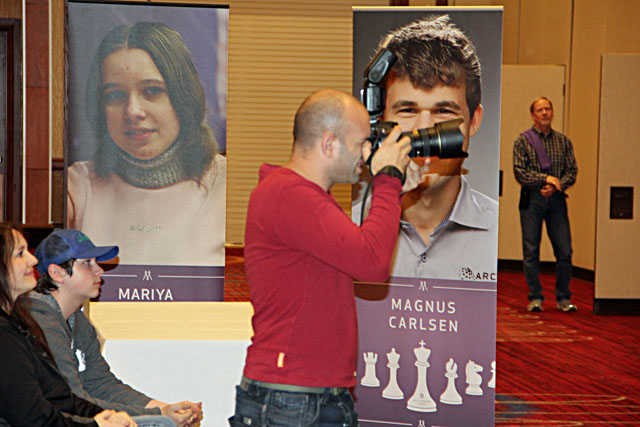 David Llada doing what he does best! 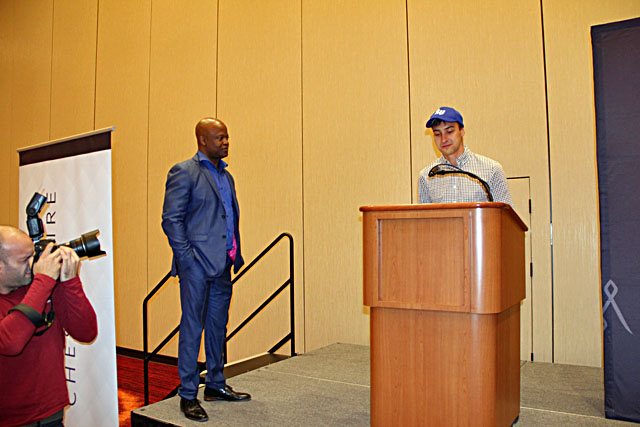