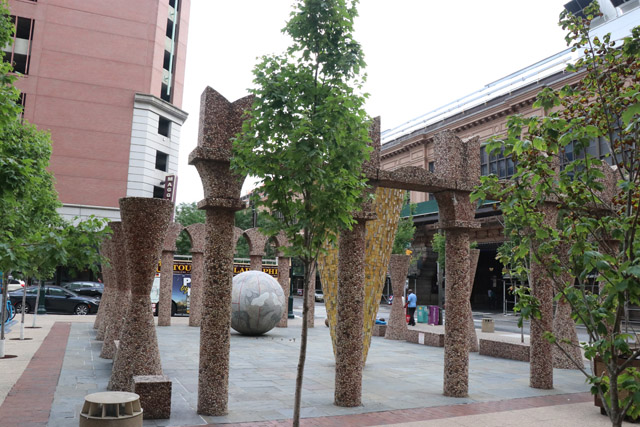 Philadelphia was back in full force as a city that has made “Independence Day” an iconic holiday. It is also the home of the largest open chess tournament, the World Open. Last weekend the Continental Chess Association hosted the 49th edition at the Sheraton on 201 North 17th St. This tournament is where the magic happens. Hans Moke Niemann and John Burke are two homegrown talents in a sea of recent immigrants amongst American Grandmasters.

Some detractors believe the wave of chess immigrants (many of them Olympiad players for other countries) makes things tougher for American juniors to make the national team. It was the same argument in the 80s when a wave of Soviet players arrived. Niemann and Burke accepted the challenge and rose to the top in a strong field at the 49th World Open with an impressive 7.5/9. Neimann won the tiebreak.

There was some curiosity on what the turnout was going to be for the 2021 World Open. Last year’s event was held in an online format at the Internet Chess Club. Players who would not have normally traveled (or have not traveled) to the World Open were many as India’s GM Panneerselvam Iniyan won the event. This year’s turnout was surprisingly good with a bit less than 1100 players.

There were many scholastic players in the field ready to relieve Grandmasters of their rating points. When John Fedorowicz is the oldest Grandmaster, we know that things have changed. Armenian Grandmaster Vladimir Akopian played in his first tournament since transferring his federation to represent the U.S. He follows his compatriot Levon Aronian who made the big announcement in February. Akopian ended on 6.5/9.

As far as norms, IM Andrew Zhang made a GM norm, while FM Aydin Turgut, Eddy Tian and Kirk Ghazarian made IM norms. IM Kassa Korley came in with two GM norms and despite his solid 6/9, fell a bit short. However, he is edging closer to the required 2500 FIDE.