Barbados’ top chess player Orlando Husbands finished off the year in grand style by winning the Michael Forde Memorial Championship with a perfect record over the weekend to secure a fourth major title for 2020.

The 23-year-old International Master brushed aside each of his seven opponents and was crowned champion before the final round of games on Sunday at the Chess Centre on Exmouth Gap, Brandons, St. Michael. 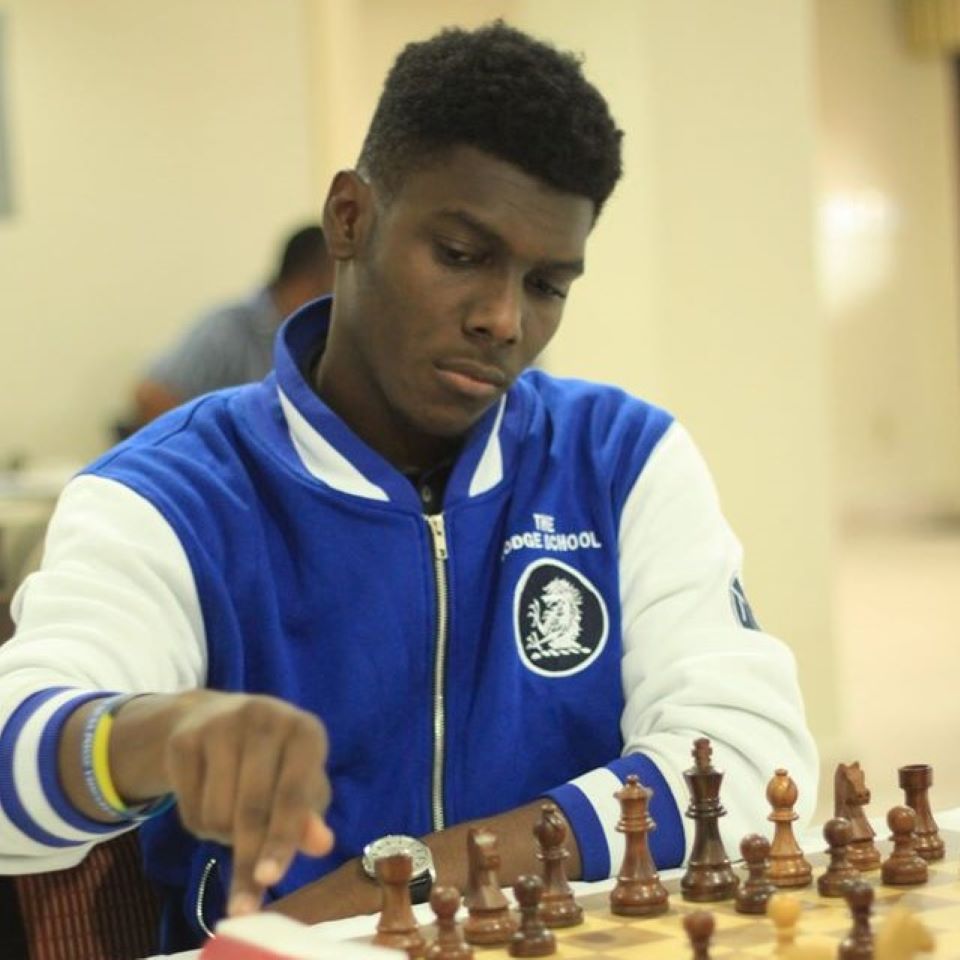 Having secured 11 points in the FIDE ratings, the performance will push him to a career-high rating of 2348 when the world governing body for chess updates its rankings list at the end of the month.

The triumph rounds off an amazing year for Husbands who achieved a national treble of senior titles for the second time by winning the National Open, Rapid and Blitz Championships – a feat he also accomplished in 2018.

Husbands started the Michael Forde Memorial Championship with a victory over Hannah Wilson when the tournament pushed off on December 10. He followed up with wins against Aaron Haynes, Cleveston Ifill, Emar Edwards, Louis Wilson, Kiarra Eversley, and Adam Roachford.

Ifill, the no. 2 seed who returned to competitive chess in October after an absence of more than a decade, finished second with six points – his only defeat was to Husbands in the third round. 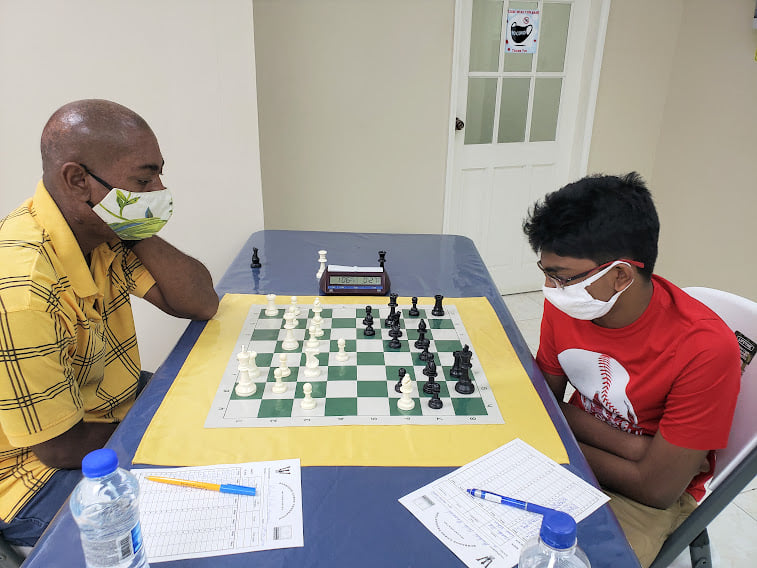 Cleveston Ifill (left), who took second place, playing against Louis Wilson, who won the prize for the Best Player rated under 1600.

There was a thrilling battle for third place which went to Emar Edwards, who ended with four-and-a-half points. Edwards, the no. 3 seed, was among eight players separated by a half-point going into the final round.

The Championship, the final event on the Barbados Chess Federation’s 2020 calendar, attracted 13 entrants.