Without a doubt, there is a lot of online activity during the global crisis and it is creating energy in places that were rather isolated. Particularly in the African Diaspora, there has been a fire ignited with a number of cage matches and activity on lichess.org and broadcast on streaming site, Twitch. Some of the action can be found at the following places.

In its third season, the National Blitz League has continued to serve as a playground of online chess with an enhanced and a new website (with statistics) to complement its operation. After staging a number of in-person city showdowns, Daniel X Jones, Nathan Kelly and Lou Green decided to spin-off the wildly popular matches with an official league. Going into the third season, Jones did an overview of the league which now is up to 10 teams.

What is exciting about these NBL events are the head-to-head rivalries, the humorous commentary and back-and-forth trashtalk. This is not the amateurish trash talk you hear when elite players are attempting it, but the contentious kind with an humorous edge. It makes for an entertaining spectacle. Here is a sample…

If we go back a few years, we will see a group dubbed as the “Chicago Chess Blitzers” put together matches and ignite a spirit long missing from chess. The ongoing initiative has morphed into an international movement to host more exciting online events. Check out their activities! 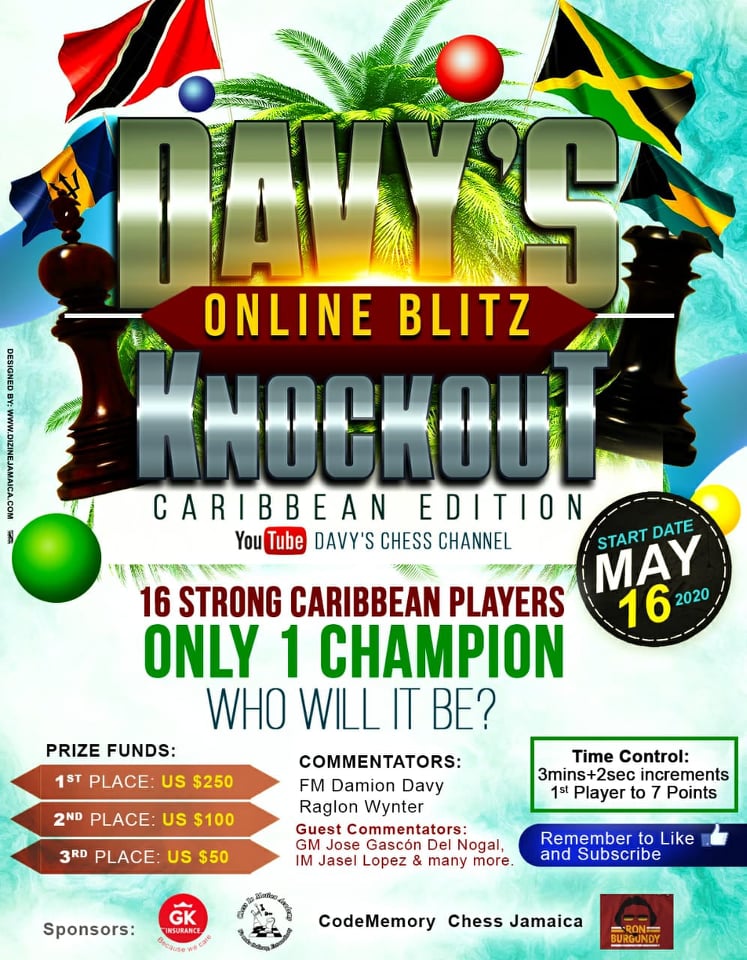 Only hours away on the sunny island of Jamaica, FM Damion Davy has put together an exciting blitz tournament featuring some of the region’s top players. In the field of 16 players including several national champions, the tournament kicked off on May 16th with two matches per bracket. Each winner advances. Of course, there were commentators calling the action and fans chatting out variations.

The players hail from the English-speaking Caribbean including Jamaica, Trinidad & Tobago and Barbados. The hosts for the matches are Davy and Raglon Wynter. Here is a sample! 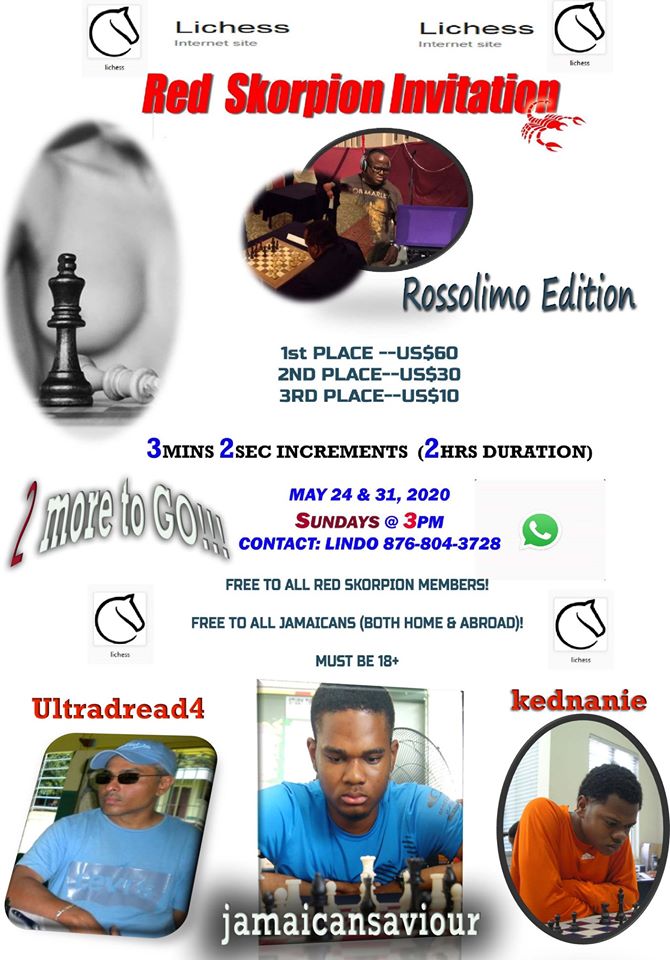 The continent of Africa is blazing with energy and many cage matches have bubbled over from the very active WhatsApp group. There have been many country challenge matches in West Africa as well as streaming (on Twitch) by a number of the players. After a successful 2019 year, Africa continues to stretch out its enthusiasm with new activities. 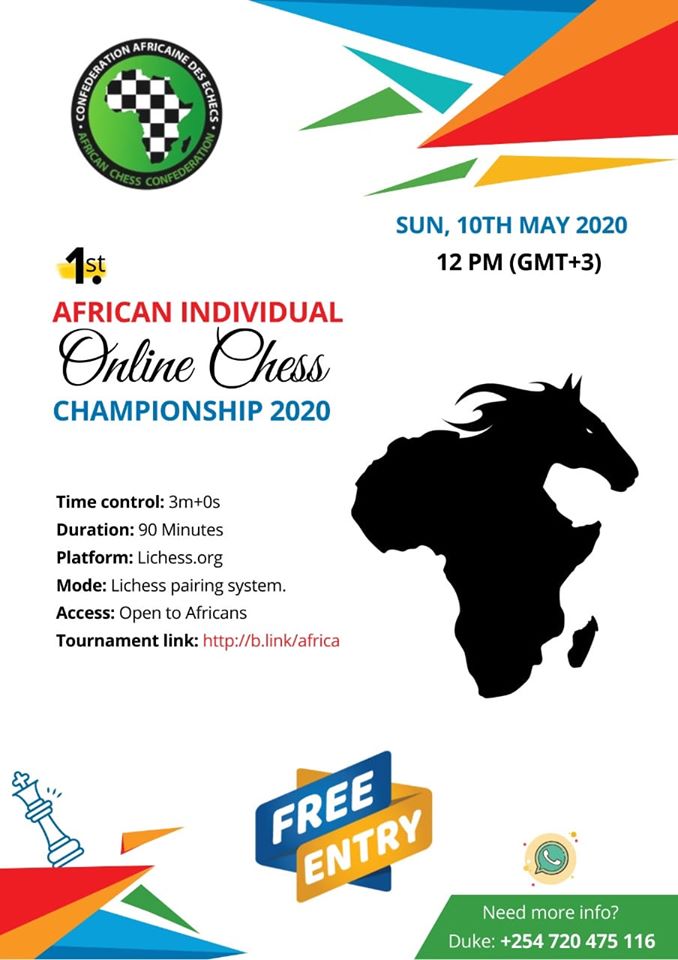 The African WhatApps group is full of energy with current events, challenges, spirited debates on chess subjects and even quizzes. Babatunde Ogunsiku of Africa Chess Media was the creator of the forum and it has attracted players from around the continent, FIDE officials, organizers and journalists. The cage matches seem to be what is trending worldwide, but matches in the Africa Diaspora seem to have a different flavor. 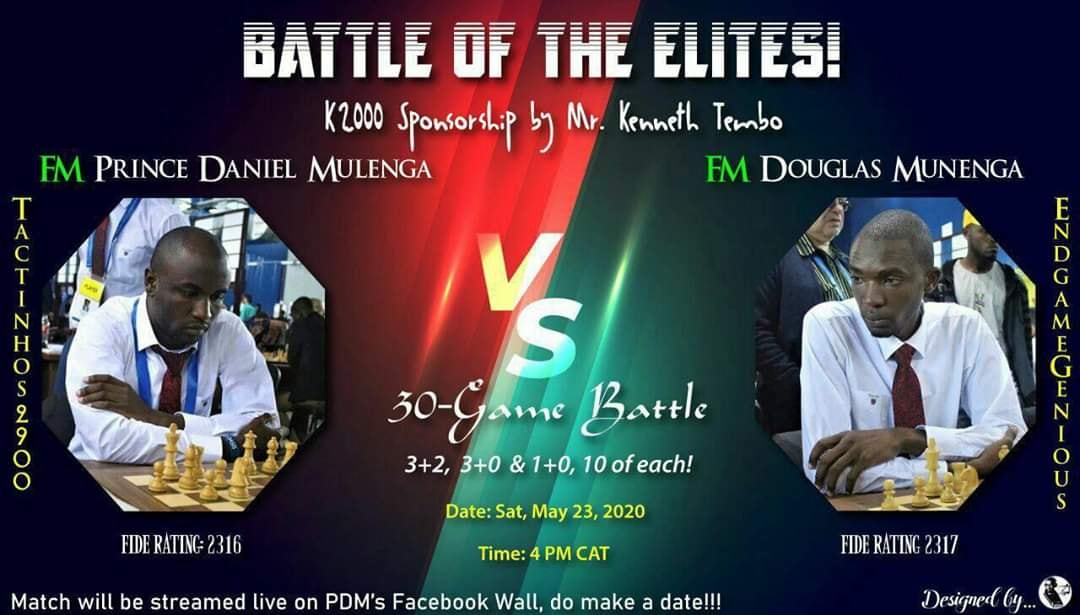 Finally, an event organized by Africa Chess Media of eight of the strongest African players dubbed the African Online Blitz Invitational. The tournament will consist of four standard games with a blitz tiebreaker of two games. If tied, Armageddon will decide.

The Chess Drum has been following the action is these various venues and is suggesting a Pan-African tournament with each of the region’s sending their best players (All-Star team). Given that there has been some interaction via social media, this will help to formalize relationships and perhaps lead to other collaborations once the effect of the Coronavirus has dissipated. This initiative is sorely needed, but must be converted into chess excellence and not for mere entertainment. 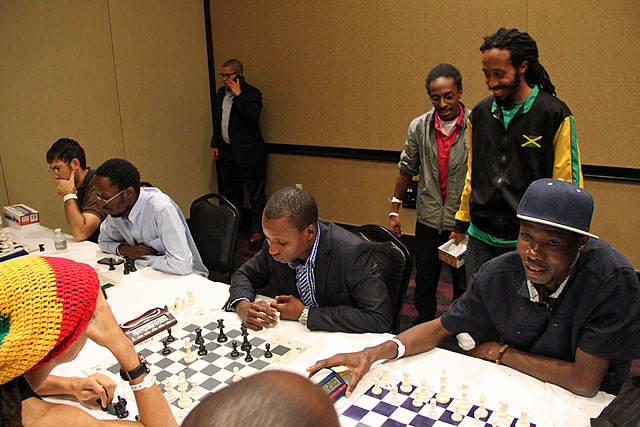 The format can be any variety (i.e., all-play-all format, Olympiad team format, 20-round open format), but of course time zones would be a matter of working the schedules and to ensure games can be completed in a reasonable hour. The Pan-African tournament will be a landmark event given the cancellation of the Olympiad tournament and the first official online tournament linking the African Diaspora.

Let’s get it done!