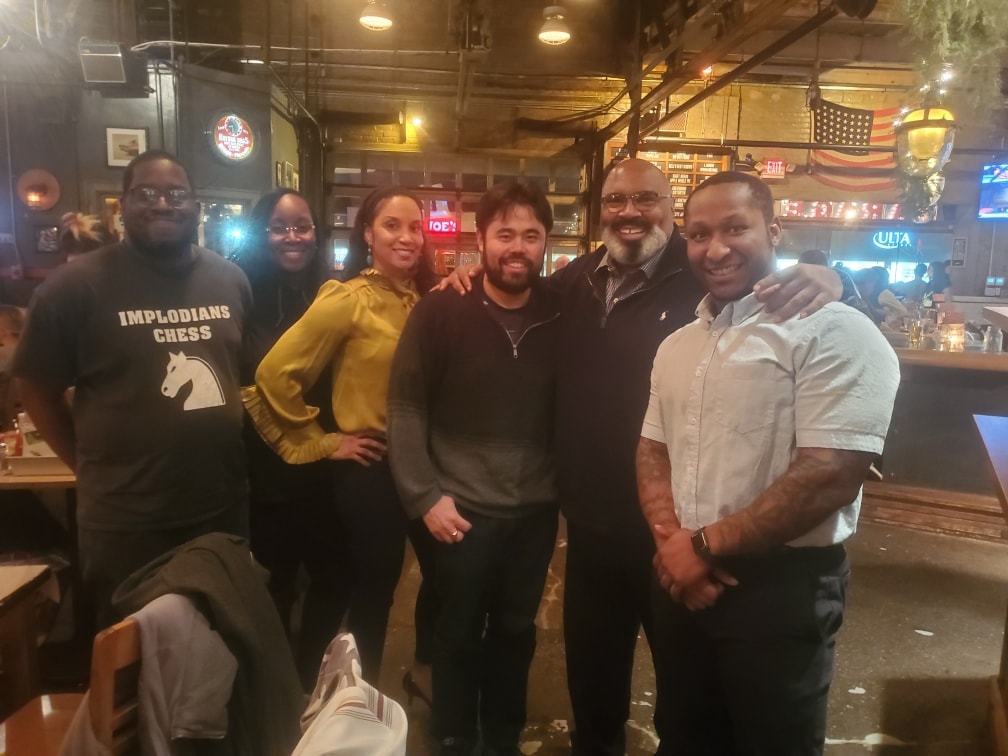 Hikaru Nakamura just celebrated his 32nd birthday this month. It appears that his popularity has never been greater as his streaming platform on Twitch has perhaps the largest following among elite chess players. When Nakamura is not competing in high-level tournaments, streaming, or investing in stocks, he makes appearances around the country. Most recently he made another appearance at the Detroit City Chess Club (DCCC). Four years ago, made a stop through the “Motor City” in 2015 and his name flashed on the scoreboard of Tigers Stadium. 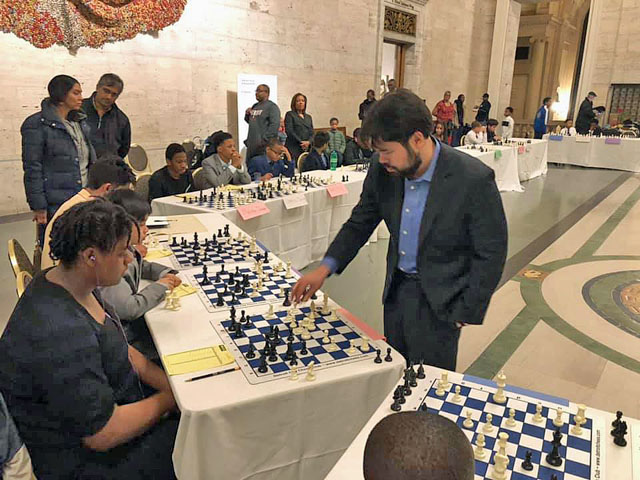 GM Hikaru Nakamura on the move against Charisse Woods
in a 50-board simultaneous exhibition at the Detroit Institute of Arts.
Photo by David Calton

Nakamura’s stepfather Sunil Weeramantry was also on hand for the festivities. The NBC affiliate WDIV Channel 4 covered the simul and asked him questions as he was circling the boards making moves. He extolled the values of chess in terms of helping with life skills and critical thinking. “It’s very good for kids to learn how to think at a very young age.”

In the simultaneous exhibition, Abdulrahman “AR” Bayi mentioned the importance of development of the mind versus focusing on physical prowess. Unfortunately, AR was one of 49 players who lost to the Grandmaster. Scholastic standout Clarisse Woods was the only player to hold Nakamura to a draw.

“It’s very good for kids to learn how to think at a very young age. That a very important skill to learn.”
~ GM Hikaru Nakamura

The event was sponsored by Curt Catallo, owner of Vinsetta Garage restaurant and George Cline of Unique Shape Fabricating. Local chess personalities were on hand to host their guests. Of course there was DCCC founder Kevin Fite who has done so much to promote scholastic chess in the Detroit area. 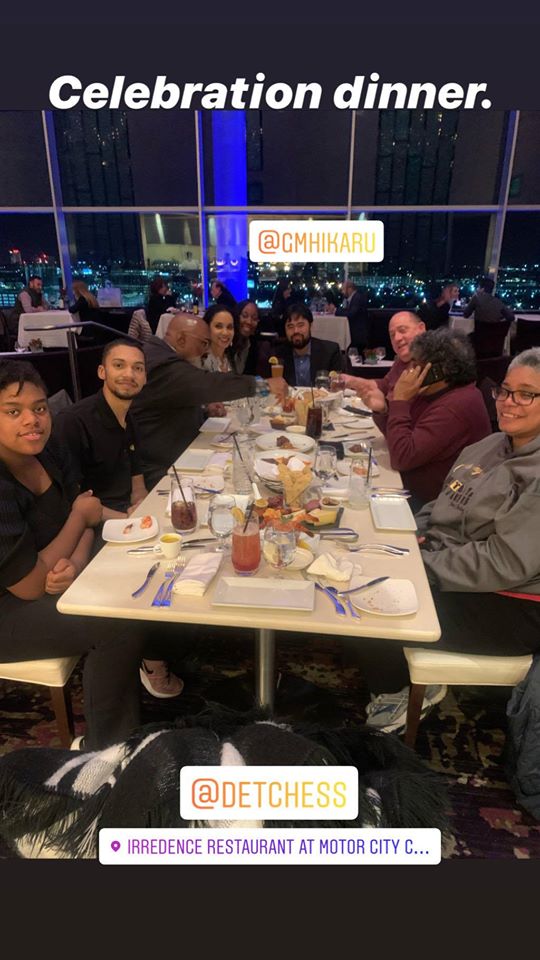