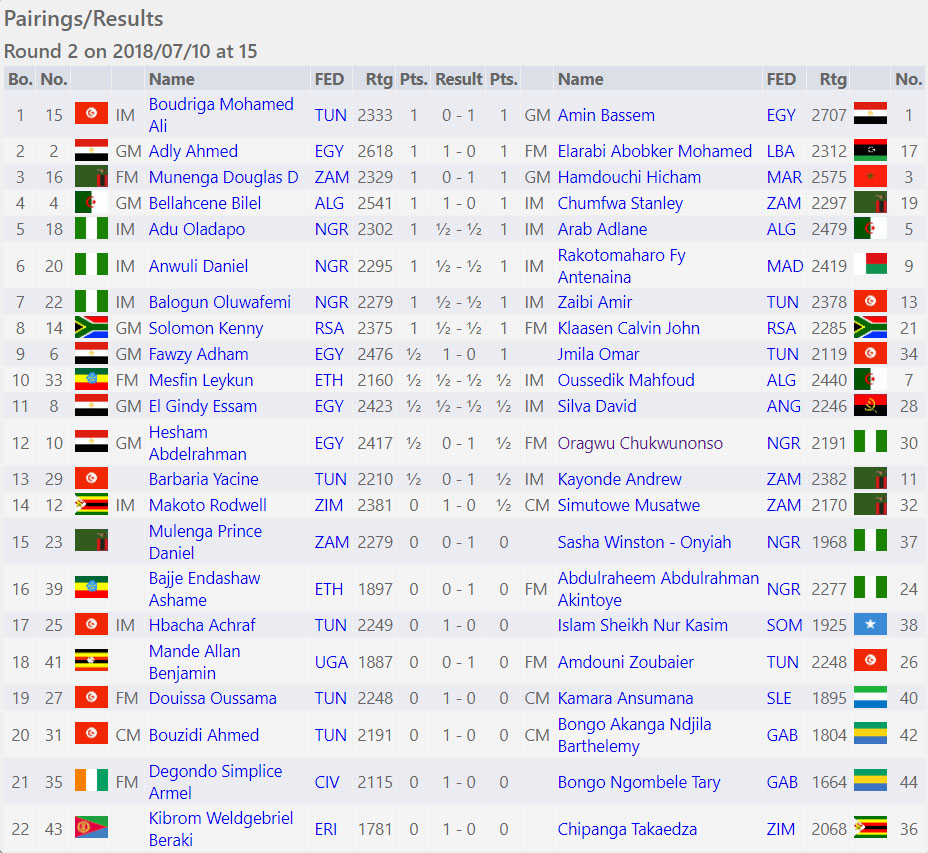 One of the truths about African chess is you never really know how strong a player from the continent is. The idea that Africans play in so few international tournaments is lost on the fact that the continent is awash is talent. In more recent times, strong players in the first round of Olympiad tournaments have found out the hard way.

For the African Championships, even some African GMs discover hidden landmines and upsets are inevitable. Nigeria’s Chukswunonso Oragwu (2191) faced Hesham Abdelrahman (2417), 2016 African Champion and was able grind out a win to collect the first GM scalp of the tournament.

Several GMs have already ceded draws and Essam El-Gindy (2423) was held for the second time. Kenny Solomon (2375) split the point with his compatriot Calvin Klaasen. The rest of the GMs scored wins. Here is one from the former African (and French) Champion, Hicham Hamdouchi and Adham Fawzy’s miraculous escape:

Round 3 will finally feature GM clashes as Bassem Amin will face Bilel Bellahcene and Hicham Hamdouchi will face Ahmed Adly.

Lorita Mwango (1931) has done it again! The Zambian has continued to upset the tables in Africa and upset the 3rd seeded Amina Mezioud (2128) of Algeria. She is now on 2/2 with three other players. Defending champion Shahenda Wafa (2175) was also slowed by Lina Nassr (1982) who ably held her to a draw.