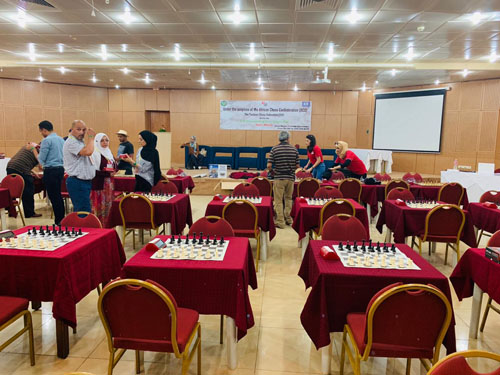 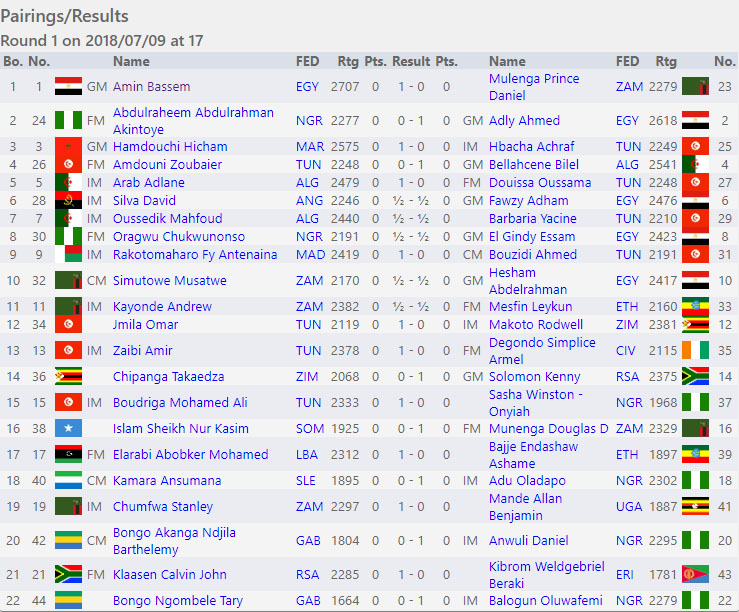 In general the top seeds prevailed… except for one result. IM Rodwell Makoto got a taste of home cooking with a loss to an unheralded Tunisian Jmila Omar. Nevertheless, it is a long tournament and it is much better to suffer these in the beginning when the overall result is still in doubt. In fact, there will mostly likely be more upsets in early rounds when players may not be as alert and recovering from travel. 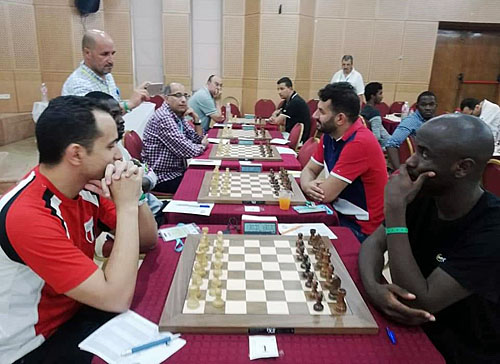 All of the 2500+ players won their games without incident, but there were a few rating upsets with Fawzy (2476) being held by Angolan International Master David Silva (2246). Tunisia’s Yacine Barbaria (2210) held IM Mahfoud Oussedik (2440) and Nigeria’s Chukwunonso Oragwu (2191) split the point with GM El-Gindy (2423).

Here is the upset win of the round… 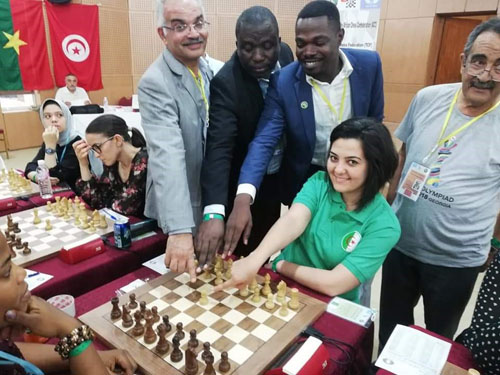 The opening move is made at the board of Algeria’s Amina Mezioud’s board.
Photos courtesy of Dr. Hesham Elgendy

The women’s field was about almost perfect in terms of the expected results. All eleven games were decisive with the rating favorite coming out victorious. The next round will be a lot more competitive and most likely contain an upset or two. The games for the second round will result in an accelerated pairing with many of the contenders playing each other. Sometimes it is good to play the strongest players first.

The women’s field is quite small, but eleven federations is a positive development. In the continuing discussion of equality in chess, it appears that there is a lot to be done raise the interest level of girls and women. It is a worldwide issue, but perhaps many girls now find the game appealing.