University of Technology student Nathan Hinds claimed first place after an exhilarating finale in the President’s Cup Invitational Chess Tournament which concluded on May 26 at the Jamaica Olympic Association.

Hinds, who has had a phenomenal Chess year so far, inched closer to achieving the illustrious National Master (NM) title. This came as a result of his recent performances in the Fesco Manchester Open, Robert Wheeler Open and the now concluded President’s Cup. The title still has to be ratified by the Jamaica Chess Federation’s (JCF) Council, but there is no doubt Hinds will receive the title. “The NM title has always been a key goal for me. I am elated and proud of my achievements so far and look forward to achieving higher goals I have set for the year”, Hinds stated. 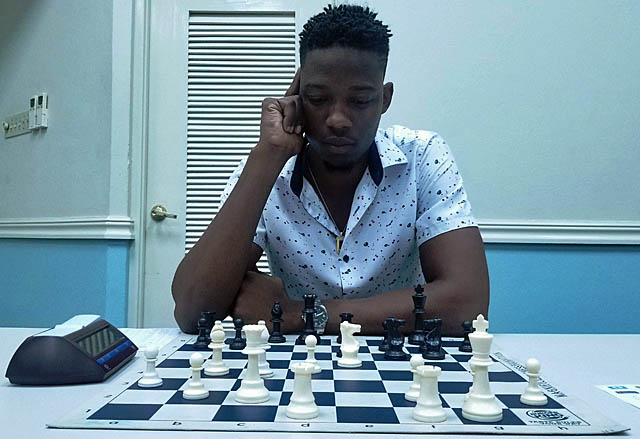 Hinds’ final game against Douglas Markland saw an equal position that was balanced all the way into the endgame. With the tournament secure, Hinds drew his final game to finish on 7 points from 9 games while Douglas Markland finished eighth on 2.5 points.

“It was a spectacular feeling to win such a prestigious tournament. Playing against veterans such as International Master (IM) Shane Matthews and Michael Diedrick and other strong players such as FIDE Master (FM) Shreyas Smith and Candidate Master (CM) Malik Curriah was both humbling and satisfying.” As long as Hinds maintains the momentum he started the year with, he should qualify for his CM title once his international rating surpasses the 2000 mark.

There was a three-way tie for second place involving IM Matthews, FM Smith and CM Curriah who each finished on 6.5 points. FM Smith had the opportunity to claim first place if he had won his final game against IM Matthews. However, IM Matthews maintained his composure as he played with precision throughout the complicated game. Despite being down a piece, FM Smith tried some last minute tricks to secure a draw, but his sacrifices weren’t enough to stop the “Magician” and prevent an inevitable checkmate. CM Curriah also won his final game against CM Andrew Mellace in a lengthy endgame where he was up a piece. CM Mellace finished in fifth place on 6 points.

NM Blackwood secured a sixth place finish on 4.5 points with his final round victory against Michael Diedrick. NM Blackwood’s tournament saw him secure draws against Hinds and IM Matthews while Diedrick struggled as he finished in last on a half point.

Incumbent JCF President Ian Wilkinson had a rousing Sicilian Dragon win against the reigning Jamaica Junior Women’s Champion Raehanna Brown in his final President’s Cup game as the sitting JCF head. Even though the event was far from perfect for Wilkinson who finished on 2 points, it was an entertaining event for him as he got to play the national champions and enjoy thrilling games against them in his final event. He said that this was arguably the strongest-ever President’s Cup as it featured an International Master and a number of national champions. It was also a memorable event for the rapidly-improving Brown who registered a massive upset, delivering the only loss to IM Matthews in the tournament to finish in seventh place on 3 points. 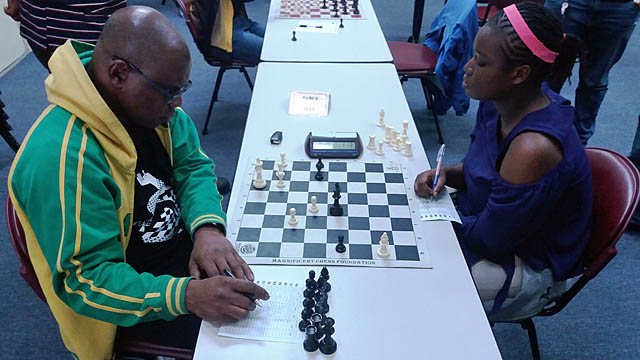 The tournament, one of the most prestigious on the calendar of events for the JCF, was held between April 24 and May 26, 2019 at Eden Gardens Wellness Resort & Spa and the JOA. It was a ten-player round-robin event with nine rounds played at a time control of ninety minutes per player for the game with increments of thirty seconds from the first move.

The event was made possible thanks to sponsorship from the Sports Development Foundation, Eden Gardens Wellness Resort and Spa, the Jamaica Olympic Association and the Magnificent Chess Foundation.

Please email feedback and queries to jamchessfed.secretary@gmail.com for more information, especially on any upcoming tournaments. Also visit the Jamaica Chess Federation on Facebook or at www.jamchess.com.