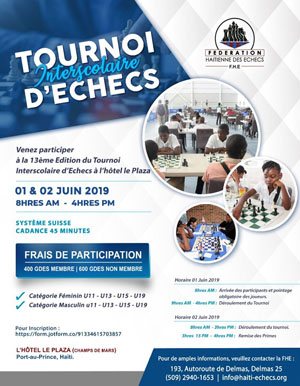 The 13th edition of the the Federation Haitian Chess Chess Championship (FHE) took place, for the first time, on two days at the Hotel Le Plaza on Saturday 1ST AND SUNDAY 2 June 2019, from 8am TO 4pm.

The tournament is made following the Swiss system with a pace of 45 mn ko per player on 5 round for each category. The tournament had 9 CATEGORIES: U11f, u11g, u13f, u13g, u15f, u15g, u19f, u19g and a special category. The latter had beginners less than a year to learn chess.

The 13th edition of interscholastic has been carried out with 103 participants, 49 girls and 54 boys, from the majority of schools in the west department. We’ve had 27 winners, due to 3 winners per category. 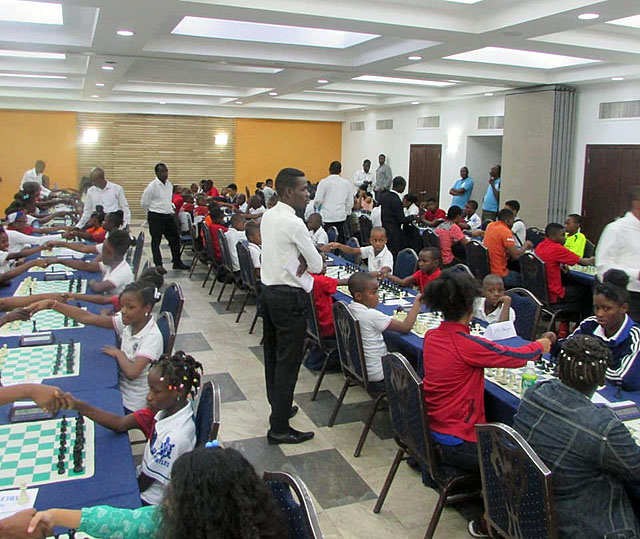 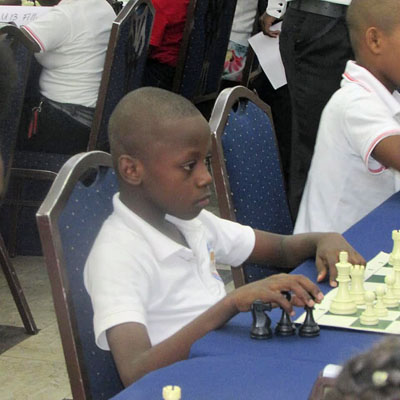 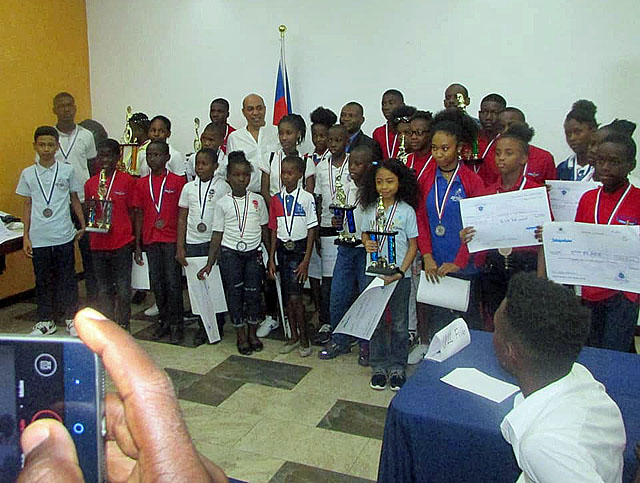 The prizes of the winners:

The tournament has succeeded, with the collaboration of 10 referees, a main referee and a director of the tournament.