What an incredible honor to have Maurice Ashley Day in the great city of Houston proclaimed by Mayor Sylvester Turner in the presence of Congresswoman Sylvia Garcia and Rockets General Manager Daryl Morey at the Chess Academy Scholastic Chess Tournament.… https://t.co/0eWHMX5UUt pic.twitter.com/pwGbW4Zj3c 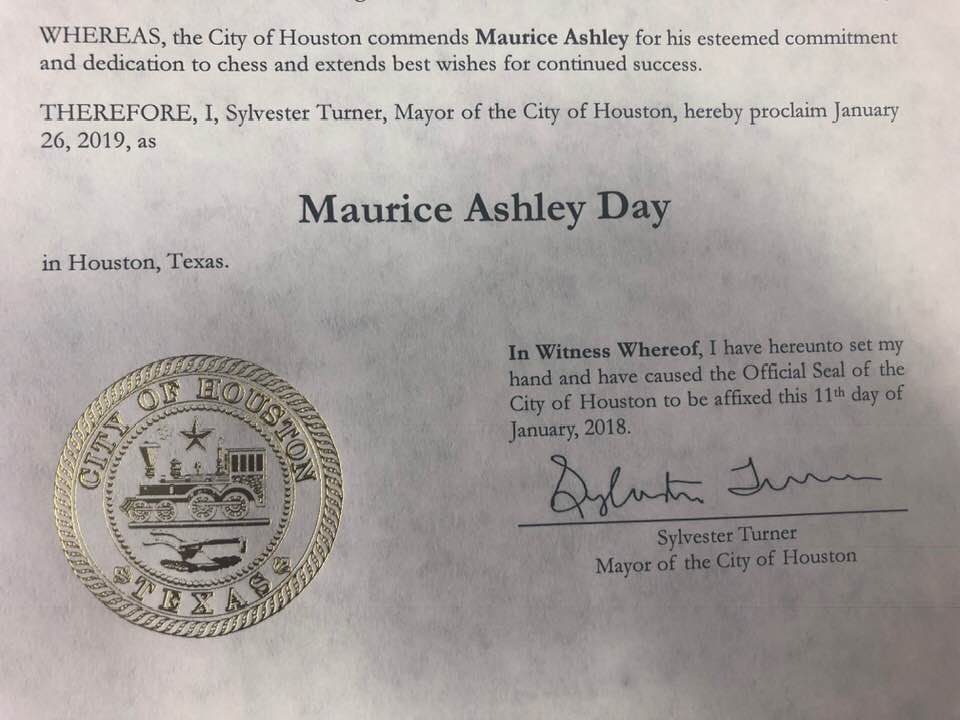 Out of the dozens of articles written at The Chess Drum chronicling the career of Ashley, he continues to receive recognition from various organizations for his trailblazing path in chess. While he has not been active as a professional player for 15 years, he remains as a principle figure in the game as a motivational speaker, chess promoter/organizer/ambassador and first-rate chess commentator. Congratulations! 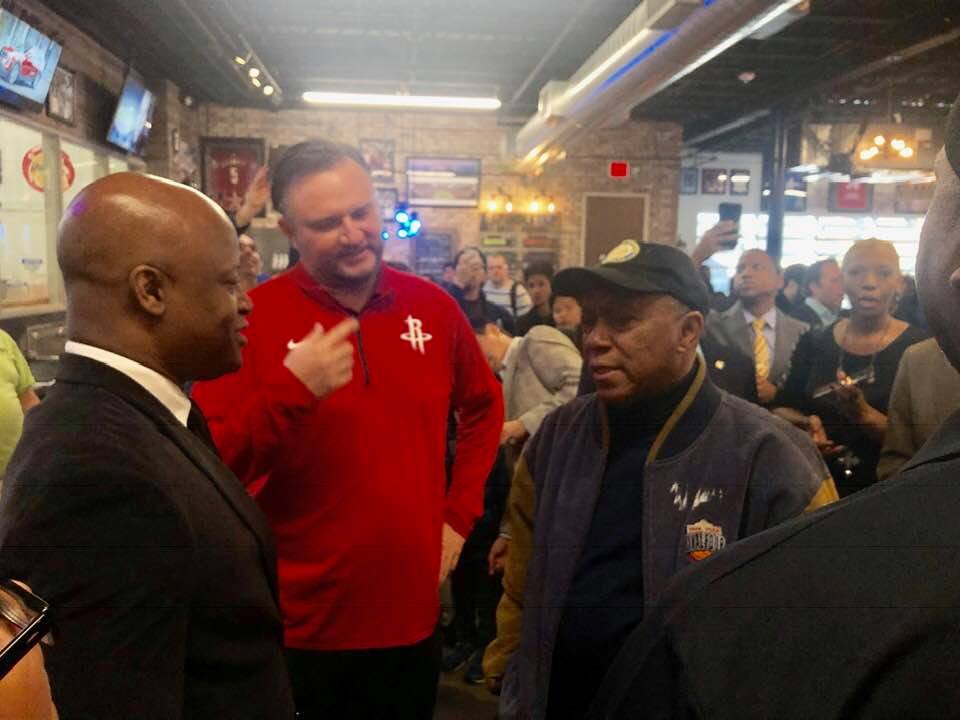