GM Pontus Carlsson has been a regular on the Drum during the latter part of 2018 after launching his “ChessBiz” initiative and appearing on the Perpetual Podcast recently. He closes out the year competing in the World Rapid and Blitz Championships currently being held in St. Petersburg, Russia. This event has attracted the top players from around the world. While there is a lot of debate on the role that faster time controls will play in top level events, it is certainly a favorite among many of the specialists who are often seen on chess servers and streaming sites.

Carlsson mentioned that he was competing in the tournament last week and talked about the formidable contingent of Russians. While he agreed that other federations would be tough, he proceeded to list them and one of the names turned out to be the eventual champion. However, Carlsson also acquitted himself well. After scoring 2/5 on the first day, the second day proved to be a bit better with 2.5/5 with a confidence-boosting win over Ilya Smirin of Israel. 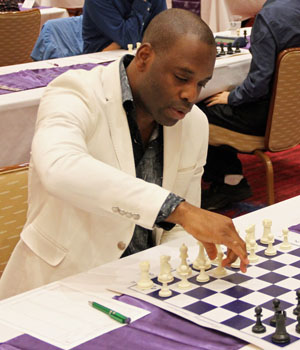 The last day he notched 3.5/5 with consecutive wins over GMs Timur Gareyev, Vladislav Kovalev and Francisco Vallejo Pons. After a lost to blitz specialist IM Ivan Bocharov, he closed out the rapid event with an interesting draw against Bassem Amin, The Egyptian #1. He goes into the blitz program with confidence from his creditable performance in the rapids.

All the heavy hitters were present including Magnus Carlsen who holds the “Triple Crown” of chess with titles in classical, rapid and blitz. He got off to a slow start losing his first two games to Ukrainian GM Adam Tukhaev and Shamdiddin Vokhidov, an International Master from Uzbekistan. The defending champion rallied for 10.5 points in next thirteen games. Unfortunately, Carlsen fell half-point short to Russia’s Daniil Dubov who also edged out Shakhriyar Mamedyarov, Hikaru Nakamura, Vladislav Artemiev with 11/15. 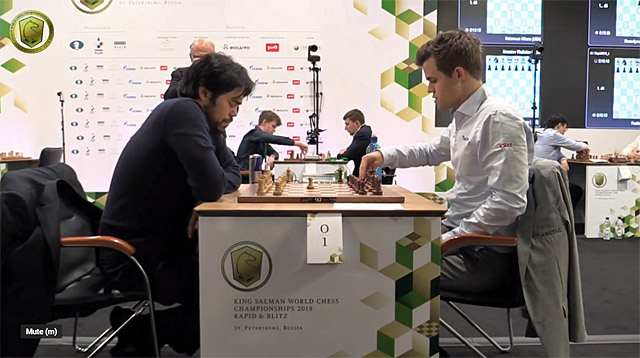 Iranian sensation Alireza Firouzja came in 6th in a pack of 12 players with 10/15. He was tied for the lead after the first day of rapids with 4.5/5, but tailed off with losses to Dmitry Ankreiken and Dubov. While Parham Maghadsoodloo gets the most attention of the Iranian phenoms, it is Firouzja who created buzz in this tournament.

In the women’s tournament, World Champion Ju Wenjun successfully defended her rapid title only a month after defending her classical title. She scored 10/12 overcoming an inspired performance by Iran’s Sarasadat Khademalsharieh who was on 9/12. Russia’s Aleksandra Goryachkina took bronze also on 9/12.