Brutal battle in London… neither side breaks 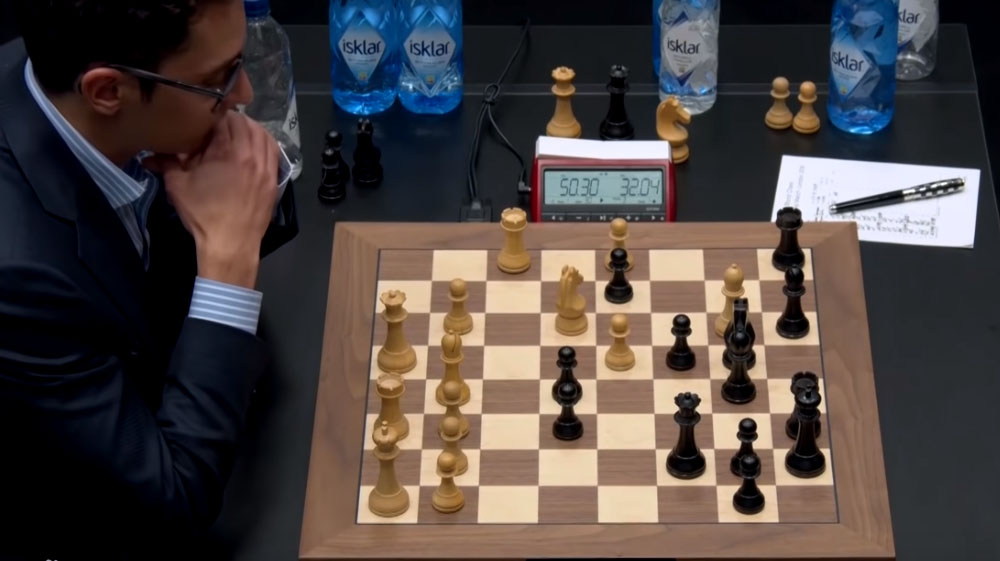 Fabiano Caruana pondering after 21…b5!
Photo by World Chess.

Everyone weighed in on the fascinating battle at The College in Holbrun, London today. It appears that this match has everything, but wins. The 10th consecutive draw had many people talking about the match format. The games have been hard fought, but there is a tendency to believe a draw is not a natural result… at least not ten in a row. Could it be that fans want to see the flaws of these top players more than their strengths?

Maxime Vachier-Lagrave annotated a game at chess.com and remarked on the high level of the game. What is it that we want, quality chess or decisive results? In America, there is a highlight mentality with an emphasis on knockouts, homeruns, touchdowns, goals or someone getting beat down. Fans want a definitive result since that is what competition is about. Someone wins and someone loses, right?

Maurice Ashley has been a huge advocate of reducing the number of draws (and banning draw offers) in top-level competition, but other GMs have weighed in. At the press conference the question was raised on whether each draw should be followed by an Armageddon game so that there is a definitive result. However, that would mean that the match would be determined more by blitz than classical and indeed the two are very different disciplines. In addition, neither player would be in any shape to play such a game after a six-hour game. This idea was rejected by both players. 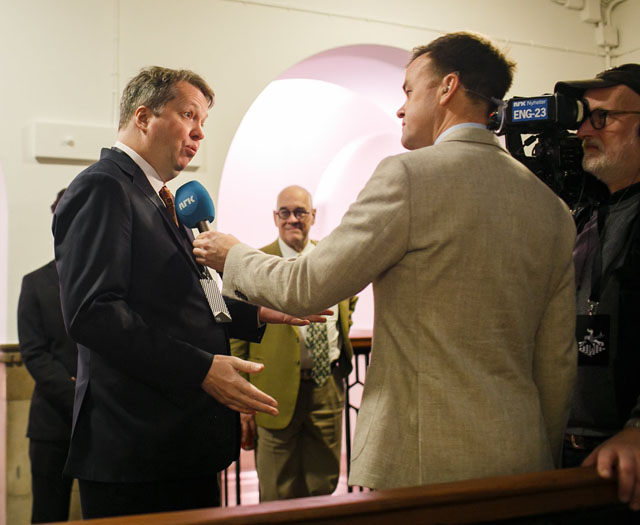 FIDE Vice President and British Grandmaster Nigel Short being interviewed by local TV station. One could probably successfully wager that Short spoke about one of three possible topics… (1) AGON (2) the number of draws (3) abolishing the stalemate rule. Well… maybe not the last one!

Carlsen stated that the length of the match should be 16 or 18 games to prevent the cautious nature of the games. However, these games have not been cautiously played… just too good. We are at a turning point in the philosophy that white has the advantage of the first move. In fact, there appears to be no advantage, just more theory in analyzing white advantages. It may be debated that theory for black may finally be catching up. Nevertheless, this match has been eye-opening on many levels.

Back in the 60s and 70s there was a toy marketed in the U.S. called Rock-em Sock em robots where the two toy boxers were situated in a ring and would throw endless punches until someone got in a solid head shot and knock the opponents “block off.” This game was the epitome of a such a brawl. The game was so thrilling that commentators had trouble with the evaluations. The game another Sicilian Sveshnikov with 7.Nd5 but Caruana uncorked a new move in 12.b4!? After a short queenside skirmish, Carlsen went for 16…f5! and changed the tide of the game.

As Carlsen pieces were poised for a kingside onslaught, Caruana prepared a lateral defense with the peculiar 19.Ra3!? It appears that black has a freehand with a queen sally on the kingside, rook lift Rf8-f6-h6 and checkmate. Facing this prospect would probably cause lesser players to buckle. However, the most critical move of the game came on the queenside after 21…b5! 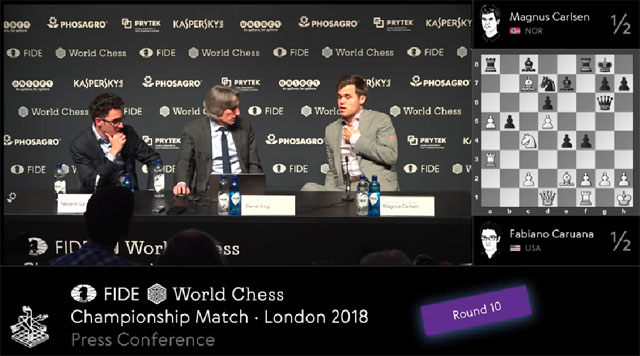 After 21…b5! white cannot take en passant because the rook and knight would be eliminated from active play after 22.axb6 Rxa3 23.Nxa3 f3! 24.gxf3 Ne5! and white is reeling.

The game’s pace quickened and mind-dizzying variations after 24.g3 included ‘only moves’ that stood on the precipice of disaster or triumph. During the press conference Caruana stated that he should have opted for f3 instead of g3. Carlsen kept coming, but Caruana defended like a boss. So many ways to go wrong. For example, on 27.Bb5?? black plays 27…Rf8-f6-h6 with Qh5 and get mated on the h-file.

After that flurry of middlegame fireworks the game went into a double rook ending with many imbalances. Carlsen went 44…Kd4? potentially losing the thread on the position. Even after going down a pawn the game was technically a draw. What a battle!

Here is the recap that you must see!