While Ivory Coast is known more for draughts, chess is beginning to make a bold presence. Under the leadership of Dr. Essoh J.M.C. Essis, the Fédération Ivoirienne des Echecs (FIDEC) and the Kasparov Chess Foundation (KCF) hosted the strongest closed tournament of its kind in Africa. There have been stronger African Championships with more GMs, but the historic value of the tournament cannot be put into words. It goes without saying that this is a very important moment to showcase some of Africa’s finest talent from every region.

For many years, there has been discussion on how best to foster chess development on the vast continent. One of the suggestions had been to attract Grandmasters to play in African tournaments to provide highest level of competition. Of course, there needs to be sponsorship for that.

The other option is developing internally. Of course, Africa is an expansive continent and very difficult to navigate in terms of air travel. In the past there has been difficulty in holding major events, but currently there is a push to hold first-rate events and FIDEC succeeded with the help of KCF.

All politics aside, Garry Kasparov has led the charge to help in this initiative. Graham Jurgensen, director of the Kasparov Chess Foundation Africa and co-organizer of the CIV Invitational has been very proactive in his pursuit of expanding chess throughout the 54 countries (47 African countries are members of FIDE).

The first CIV Invitational was held Wednesday 25th July 2018 until Sunday 29th July 2018 in stellar condition at the Hotel Tima in Abidjan. In addition to FIDEC and KCF, Vivendi also lent sponsorship. The tournament featured round robin formats: rapid play (25m + 10s) and double round-robin blitz (5m + 3s). The rapid games award twice as many points as the blitz games.

There was ample coverage of the event on Facebook and several reports were posted on ChessBase with outstanding photography by IM Alina L’Ami. There was daily coverage by Ben Simon and GM Robert Hungaski hosted by the St. Louis Club. All games were broadcast live on Chess24, Chess.com and the Follow Chess Mobile application. Ogunsiku Babatunde of African Chess Media would provide daily onsite reports. 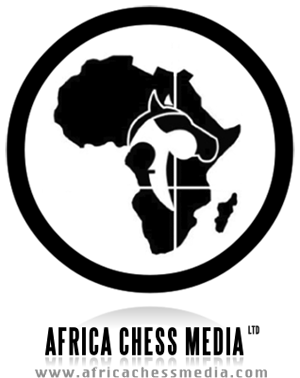 There were some interesting interviews that took place prior to the tournament with Alina L’Ami conducting a set of scripted questions. A general observation was that many of the players started chess relatively late and were self-taught players with minimal support. Most did not believe that one could make a living solely playing chess in Africa, but that coaching and training would provide an opportunity to raise the next generation of players. When asked about the upcoming Carlsen-Caruana match all but one or two chose Carlsen. In terms of the candidacy for FIDE President, GM Nigel Short seemed to be the choice over Georgios Makropoulos and Arkady Dvorkovich.

Videos by KCF/FIDEC and conducted by Alina L’Ami

This historic moment was about to begin and Dr. Essis could be seen beaming in photos. There were local children brought in to watch the opening. This should be a moment that all of Africa can celebrate with pride. The Ivory Coast, not known as a chess power in Africa, had put the continent in the spotlight. As fans watched the proceedings, the ten players listened politely to the opening ceremonies and then the action would start!