The Chicago Open has become a marquee tournament in its 27-year history and the 2018 edition was about exciting as any of the previous tournaments. The tournament is traditionally held in eight sections with the Open Section drawing the “big guns.” 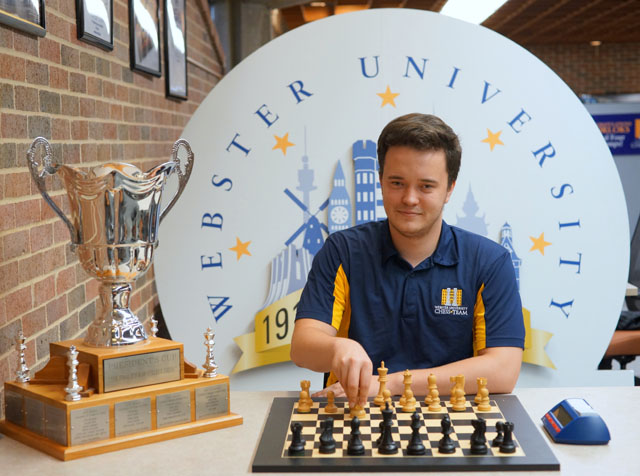 A field of 128 players (28 GMs) In a very heated battle at the Chicago Open, third-seed Alexander Shimanov (Webster University) won the tiebreak edging fellow Russian Andrey Stukopin (University of Texas-Brownsville) and Awonder Liang. One of the brightest young stars on the U.S. landscape and the 2017 U.S. Junior Champion, Liang has made steady progress over the past few years and it now closing in on 2600 FIDE.

Shimanov lost to tournament sensation IM Dionsio Aldama who earned a GM norm in the tournament. However, Shimanov rebounded with four wins in a row including wins over contenders GM Ashwin Jayaram and GM Alexander Shabalov. His last round draw with Liang put both of them in a tie on 7/9 with Stokpin, who beat Aldama. Shimanov proceeded to win the tiebreak and took an extra $300 ($6133.34 in total).

In the under-2300, Jeffrey DeJesus of Houston won with 6/7 (and $5000 1st prize) closing with a win over Chicago resident William Aramil. Nicky Rosenthal had a chance to win or tie for 1st, but lost to Elias Oussedik and splitting 2nd four ways. Anthony Parker and Vincent Do also had 5.5/7 each getting $1275. 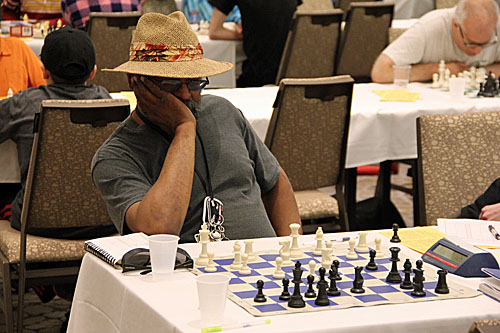 In under-2100, Agarkhorol Gangaa got 6.5/7 after winning his first six games edging out Anuj Dahiya and Gene Scott both ending on 6/7. Scott, a long-time Chicago veteran and one-time Master, scored his best result in recent years. He won five consecutive games! Aderemi Adekola nicked Gangaa (for the winner’s only draw) in the final round to come in joint 4th-8th with four “A” players.