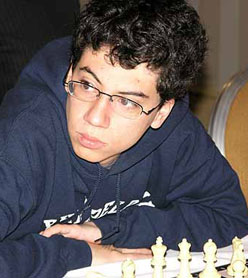 The Chicago Chess Club will be hosting their first major event of the year when GM Alejandro Ramirez will be coming to the Windy City for a simultaneous exhibition and a match with Daniel X Jones. Promoter Nathan Kelly asserted that the match is the main event, but of course the Costa Rican born Grandmaster is a huge favorite to score an overwhelming result.

Jones has proven to be battle-tested, so he looks to make the match competitive. Will he shock the world? When The Chess Drum told Ramirez that losing to Jones would result in a worldwide broadcast, he took in in stride and said, “Haha, I don’t doubt that!” 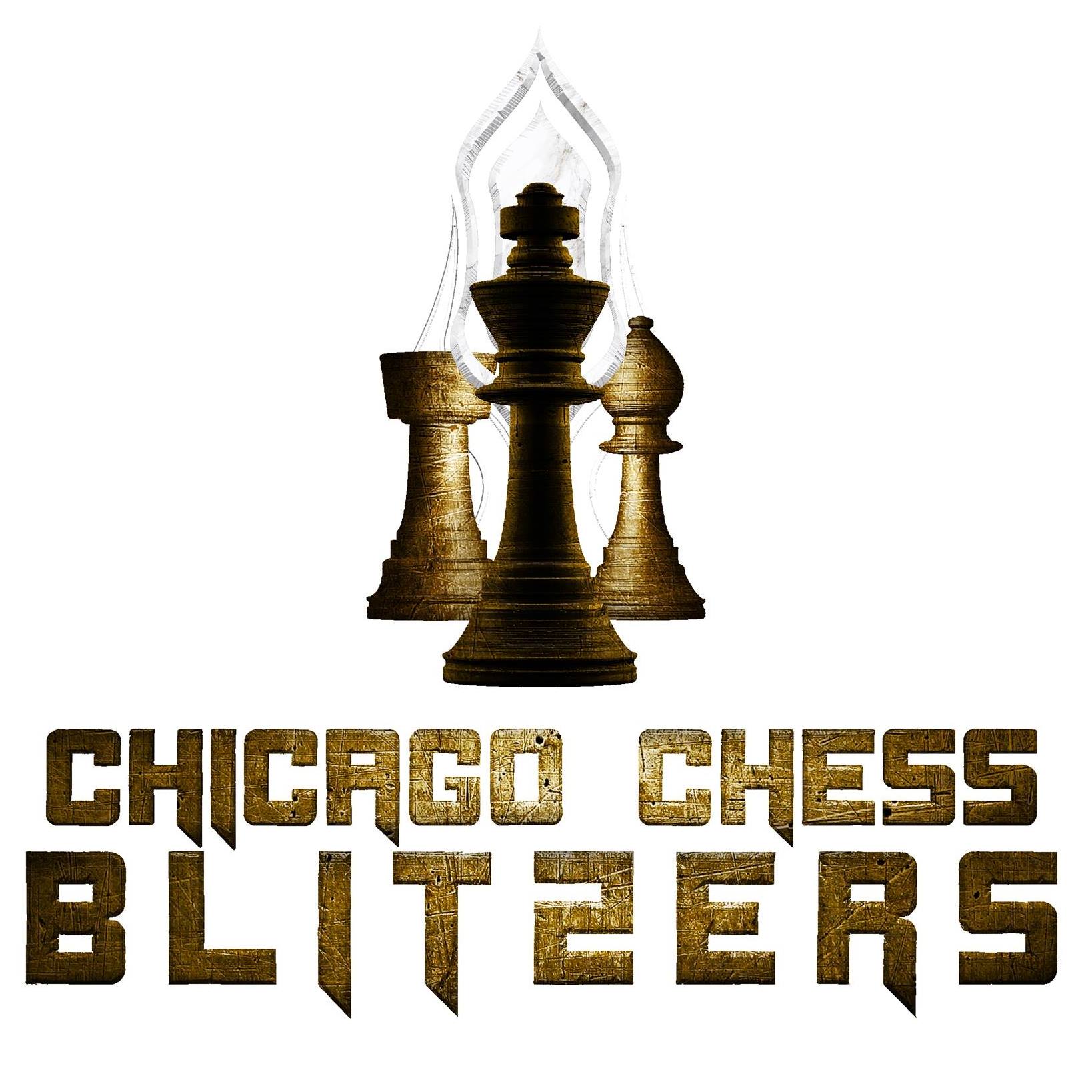 There have been a number of highly-publicized cage matches featuring Jones who for the past month has been hosting an entertaining segment known as the “Midday Massacre.” These are short segments where he plays several 1-minute chess games with players from around the world. The games are dotted with colorful trash talk. Jones has been a member of the Chicago Chess Blitzers traveling team who have won three matches with a pending match against New York on March 3rd. He has also played three head-to-head matches with FM Jimmy Canty, NM Shawn Martinez and NM Jeff DeJesus.

Ramirez is best known as a broadcaster in Grand Chess Tour events and U.S. Championships. He has also hosted the Spanish coverage for the St. Louis Chess Club where he is a Grandmaster-in-Residence. He also has produced ChessBase DVDs on the Benko Gambit and annotated one such game of Emory Tate’s in Triple Exclam. He is currently the coach of the St. Louis University Chess Team who recently qualified for the Pan-Am Intercollegiate “Final Four” tournament in the spring. 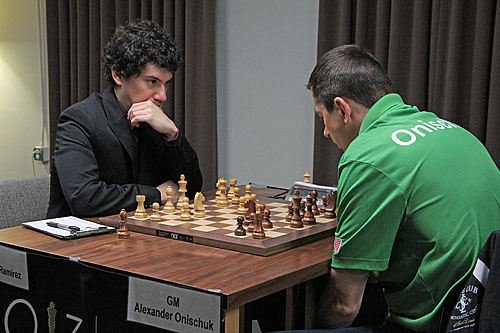 GM Alejandro Ramirez (left) in the 2013 U.S. Championship,
a tournament he came close to winning!
Photo by Daaim Shabazz

Ramirez first gained notoriety as a 14-year old by nearly beating Alexander Morozevich in the 2002 Olympiad in Bled, Slovenia. Then an IM, he scored 9/14 and caught the eyes of many. The young star was able to get some invitations and later qualified for the FIDE World Cup. In 2003, Ramirez became a Grandmaster at the age of 15 becoming the first Costa Rican to earn the coveted title. He was later able to secure a scholarship to University of Texas-Dallas and earned two degrees from the school. After a short stint in the video game industry, he decided to focus on chess full-time. In 2011, he switched his federation to the U.S.

It should be a good weekend for the Chess Chess Club. Spots for the simultaneous exhibition are $30 and the event will start at 11am before the big match. Lunch will be provided! Match will begin at 5pm. There will be 10 5-minute games and 11 3-minute games. Games will be broadcast on Facebook Live!

Trump invites Norwegians to the U.S. Is Carlsen coming?

The Importance of Nakamura's Trip to South Africa