The last event of the Grand Chess Tour will culminate with the London Chess Tour and perhaps will be the last major event of the year. There is still the Tata Steel Chess January 12th-28th, the World Candidates tournament in March to be held in Berlin, Germany and the World Championship in 2018 will be held in London.

The English capital will be buzzing for the next two weeks, but one may wonder where the Grand Chess Tour is headed. The field of players have been virtually the same over the years. There may be some innovations afoot, but the London Classic will be a good prequel to the upcoming Candidates tournament. Magnus Carlsen, Sergey Karjakin and Ian Nepomniachtchi have replaced Vladimir Kramnik, Veselin Topalov and Anish Giri in the field. Wesley So returns to defend his 2016 crown.

So had a banner 2016 year, but this year has been up and down. After winning the U.S. Championship for the first time, he scored creditably at Shakmir, equal at Norway Altibox before fizzling at the Sinquefield Cup. He currently stands in 6th place in the Grand Tour standings. 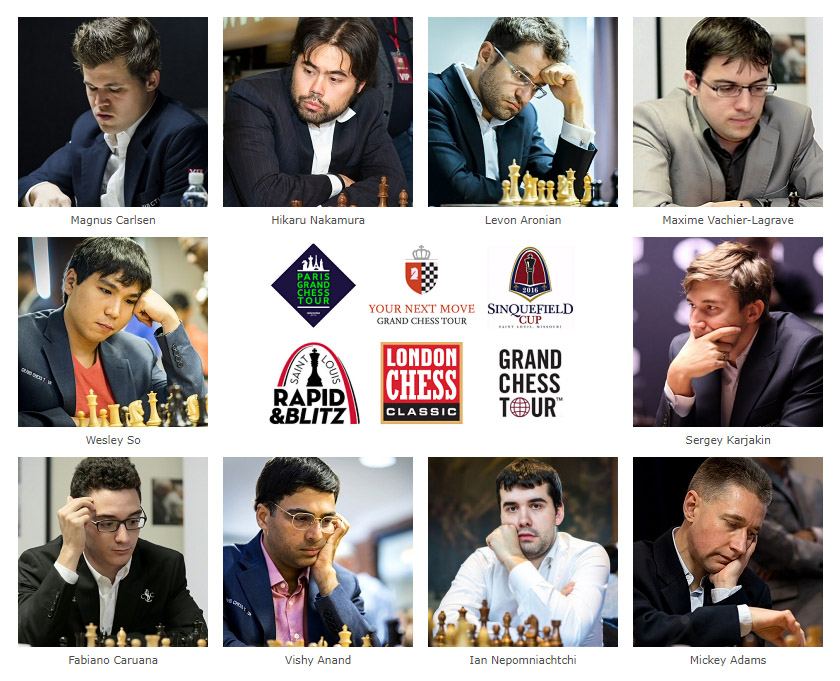 This is the 9th edition of the London Chess Classic. The first round will be played at Google’s London headquarters in Pancras Square. After a rest day, the tournament resumes at the Olympia Conference Centre in Kensington on Sunday December 3rd at 14.00 London time. There will also be the British Knockout Championships expanding to eight players including the legendary Nigel Short.

There is the also 5th Pro-Biz Cup designed to involved the business community with chess promotion and charity. There is also a London Chess Conference and the FIDE Open event (December 2nd-9th), a 9-round Swiss format with a £20,000 prize fund and possible norm opportunities. The Super Rapidplay Open will return on 17th-18th December and will be a 10-round FIDE rated open with all players playing in the same section and competing for section prizes.