Chicago Chess Club has been keen on igniting the chess scene with spirited cage matches. However, the club is back at locking horns in a city vs. city battle and there is no matchup more fierce than Chicago-St. Louis. The two cities will square off on Saturday, December 2nd at the St. Louis Chess Club. It will be the second match held at the venue since Chicago defeated Memphis 130-70. The barnstorming Chicago team also traveled to Cleveland and crushed the Heavy Hitters 293-157.

Chicago Chess Blitzers promoter Nathan Kelly received the St. Louis roster yesterday and it appears the match will be a close one on paper. IM Angelo Young (2431) will be coming off of his 26.5/30 score to lead the Blitzers. The team will have a number of new faces in the lineup including IM Viswhnuvardhan Arjun (2300) and FM Gauri Shankar (2297). Dirtan Zekaj (2203), Aakaash Meduri (2111) and Michael Auger (2277) are also making debuts for Chitown. They will field vets in Daniel X Jones (2237), Remi Adekola (2214) and Tom Murphy (2211) helped Chicago in their rout of Cleveland. 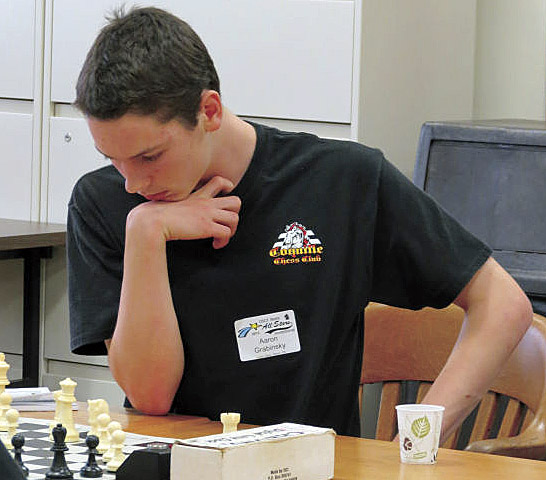 For St. Louis the will be led by Webster University’s FM Aaron Grabinsky (2398), IM Vitaly Niemer (2394) and NM Nicky Rosenthal (2379). NM Julian Proleiko (2283) came to the Chicago Chess Club and won a cage match in convincing style over NM Kay Kaulule. Kaulule, currently in Zambia, will not be with the Blitzers this weekend.

FM Doug Eckert is a St. Louis vet who has competed in the 2009 U.S. Chess Championship and has been a mainstay in St. Louis area chess. This will be the first match for St. Louis and it will be interesting to see if this mish-mash of players will be able to match up against a battle-tested Chicago team. Follow the action on Chicago Chess Blitzers (Facebook). 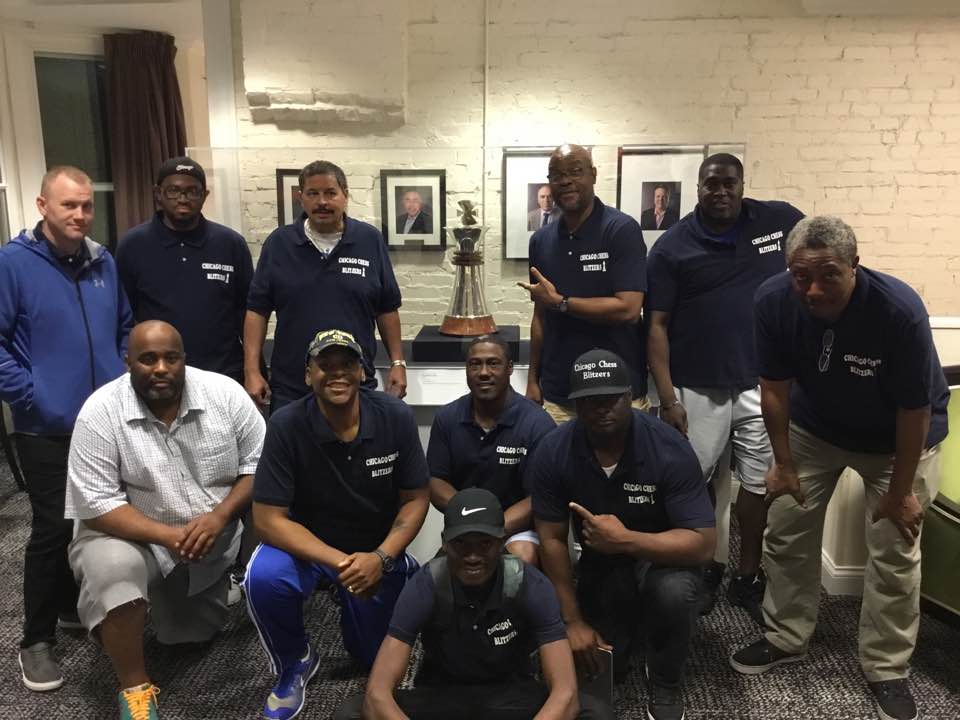 Charter members of the Chicago Chess Blitzers in St. Louis after victory against Memphis. The team will field a number of new players to battle arch rival city. Should be exciting! Photo by Nathan Kelly

What is the Emory Tate Gambit?