Since 2004 winning the African Juniors and earning the IM title and winning the following year, Bassem Amin has been on a steady track to become the strongest player in Egypt. He now has a chance to make history by being the first player of the African continent to make the iconic 2700 ELO mark. Currently at 2672, he stands to edge closer after winning both the African Championships in Algeria and the Lake Sevan in Armenia. Amin stated on his Facebook page that the 2017 African crown was his 4th (2009, 2013, 2015 previously) and the tournament in Armenia was the strongest tournament he has won. 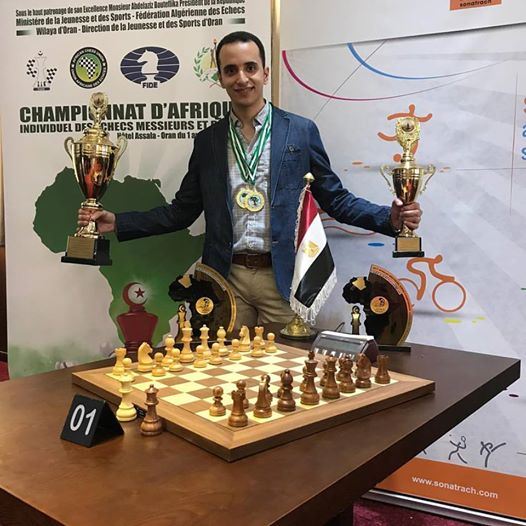 Amin was the top seed, but the competition was fierce. Swiercz-Amin in round one was WILD!

After winning against Martirosyan (who just turned 17), he faced Ukraine’s Kravtsiv and lost disastrously against the Averbakh variation of the King’s Indian. The game was fairly equal until disaster struck after 17…Nd7??

After the tragic loss, Amin got back on track by beating 23-year old Ter-Sahakyan. He then got three draws and a win in next four rounds and was in a must situation going into the last round. Nabaty, Amin and Kravtisiv were on +3, but the Ukrainian had better tiebreaks given that he defeated Amin. The Egyptian would face the second-seeded Kovalenko in the final.

Two battles were drawn quickly while the remaining three would determine the top three prizes. Amin played a Closed Sicilian and the game evolved into a complicated middlegame. Did Kovalenko miss 21…Nxd5!? Maybe so, but black had the two bishops and a better structure. The Egyptian fell into further trouble after 26…Rxf5! a beautiful exchange sacrifice destroying the kingside and allowing the bishop pair free reign.

Kovalenko, apparently in time trouble, dawdled with 32…Rg8 and 34…Re8 allowing Amin to relieve the pressure by giving the exchange back. The Ukrainian was going astray and mistakes were coming in bunches. After 36…Bxf3?! black was relying on his massive pawn army to carry the day, but the bishop held them off! Kovalenko allowed and trade of rooks, his pawns to become blockaded and they started to fall one by one. White’s trump was the passed a-pawn which kept the black king pinned down. After that the bishop was free to attack and weaken the pawns and black was in zugzwang. Incredible ending to a memorable result for Amin. 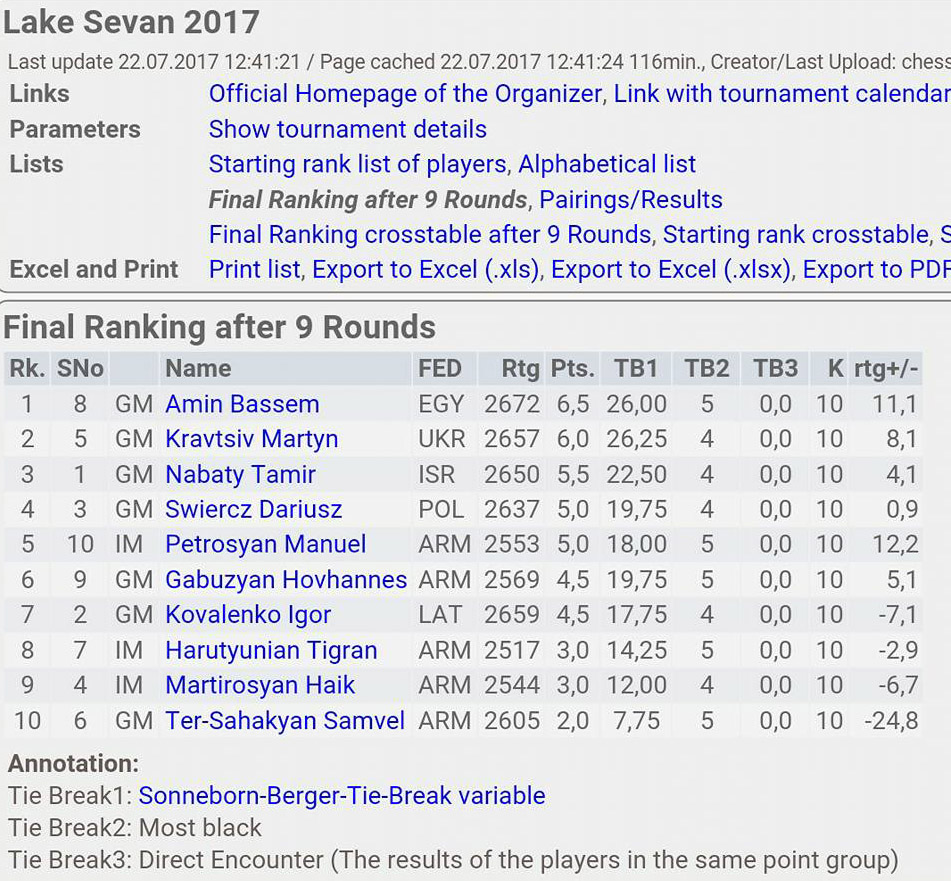