Ben Johnson contacted The Chess Drum a month ago to ask questions in preparation for his podcast with GM Pontus Carlsson. The directory of podcasts can be found here. These podcasts feature chess personalities from around the world in about a 60- to 90-minute format. Carlsson talked about his progression in chess, his current career in the Czech Republic, the chess atmosphere in Europe and also some of his experiences as a player of African descent. He also mentions his experiences in U.S., Spain and China and the contrasts of the chess communities in each country. Now 34, Carlsson recently took part in the “Chess Master in Africa” tour and still spends time with his students online. Great segment!

The latest podcast featured World Championship contender GM Hikaru Nakamura who was just returning from the Grand Chess Tour in Belgium. Johnson caught up with him at his home in Sunrise, Florida where he has taken up residence for the past four years. He was preparing for a half-marathon in Seattle, Washington. In a very interesting conversation, the world’s #7 player talked about his championship aspirations, the pressures of competition, changes in preparation and the use of engines. 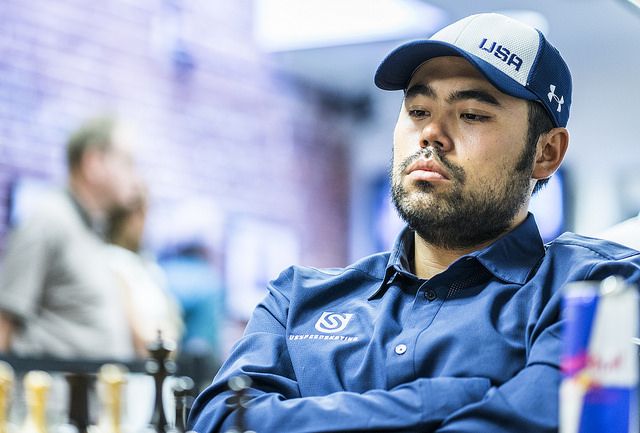 For finance buffs, there was a lot of talk about options trading in financial markets. Very instructive! He also weighed in on training with with Garry Kasparov and how he came to a working relationship with Kris Littlejohn. He talks about poker and chess. A burning question… how long does Nakamura plan to play chess? He talks about that too. He weighed in on who could challenge Magnus Carlsen in the next cycle. You’ll never guess the answer.

It was a total blast doing this podcast with @Bennyficial1! https://t.co/3li5CYx2Dp

Chicago southside chess... back in business!