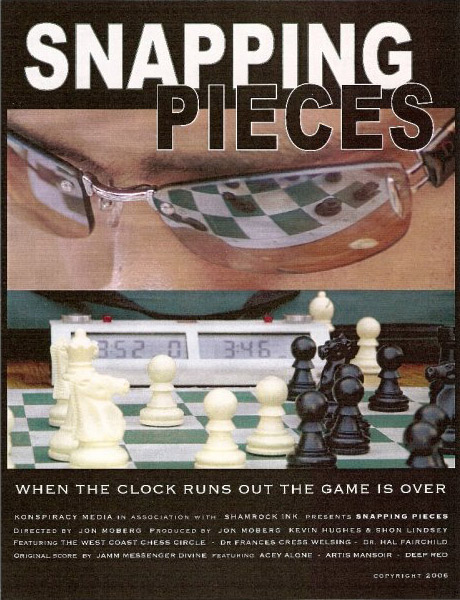 Each city has its chess history. There are even genres within chess history. One of the most captivating (and overlooked) aspects of its history is street chess. Out of this community comes the life and dreams of every chess player to make a name for his or herself. The venues… barber shops, beaches, coffee shops, bars, parks, basements, street curbs and even alleys. Toe-to-toe, mortal combat, no-holds-barred fighting on the 64 squares. Perhaps there needs to be a catalog of these stories because it shows the psychological impact that chess on society. Granted many of these players don’t follow chess news and may not know the top-level players, but perhaps have as much passion for the game than anyone else. There is something much deeper in playing the game.

Even though I know the players are not thinking about it in these terms, but as a child psychiatrist, I know that issues that are important in a person’s life very often get expressed in games they play… and the games get played over and over and over again.

Over the years, The Chess Drum has presented some of these stories such as the famous New York’s Washington Square Park, DC’s Dupont Circle, Chicago’s Harper Court and San Francisco’s Market Street to name a few. These conspicuous places were the venues to cut your teeth on… a theater, a pit and a classroom all in one.

Kofi Tatum of Los Angeles has recently released a video titled, “Snapping Pieces” about the chess scene in the “City of Angels.” It is a raw look at the testimonies of various personalities, but more importantly, it explains the cultural importance that chess has in the community in vibrant fashion. Many of the cities mentioned earlier have developed vibrant communities with a social hierarchy, rules and a sense of familial ties. The Los Angeles chess scene has long had a presence since the days of IM Stephen Muhammad at the Santa Monica chess park. The tradition continues!

“Snapping Pieces” is a 47-minute documentary culminating in the Equinox blitz tournament featuring more than 20 players (including one Master and three Experts). Tatum gives an overview:

The event was held sometime around September of 2006. It offered a 1st place prize of 1,000 dollars. As well as several other prizes, from 1st all the way down to about 7th place or so. There was even a prize for best female player. Which I believe was one by the ever talented, former women’s state champion, Collette McGruder.

There is also a cameo appearance by the late and great Dr. Frances Cress-Welsing, who authored a landmark book, The Isis Papers. She sees parallels between battles waged over the board and battles waged against social oppression.

I see when the people are playing the game very vigorously. In many settings, but in your setting in Los Angeles, where Black men are playing this game… I think that they’re playing out the warfare that is racism/white supremacy. Sometimes that warfare is playing out in terms of police brutality, or driving while Black or walking while Black. Even though I now the players are not thinking about it in these terms, but as a child psychiatrist, I know that issues that are important in a person’s life very often get expressed in games they play… and the games get played over and over and over again.

Whether one agrees with Cress Theory of Color Confrontation, it is undeniable that there exists certain dualities in society based on a number of demographic and social factors. Chess allows one to articulate the hopes and dreams and even allows one to externalize social problems and use chess as a way to solve them. This documentary is an ode to the lessons learned from chess. Great job!

Beauty of Africa through a Chess Lens