Viswanathan Anand remains one of the few world champions in history and perhaps the only sitting champion, to visit the continent of Africa. “Vishy” Anand visited South Africa, Botswana, Tanzania in the past and he will return to Africa when he visits Kenya next week for a gala dinner during the Zone 4.2 championship. He will arrive in Kenya on 21st April 2017 for a 4-day visit. These visits provide quite a boost to the continent and will certainly invigorate a beleaguered Kenyan chess community. According to chessmasala.com,

Two gala dinners have been organised which are expected to be well attended by corporate magnates, chess players and members of the large chess loving South Indian community. 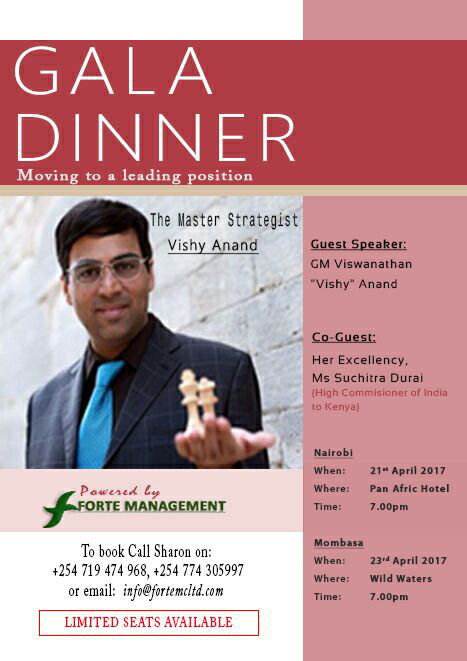 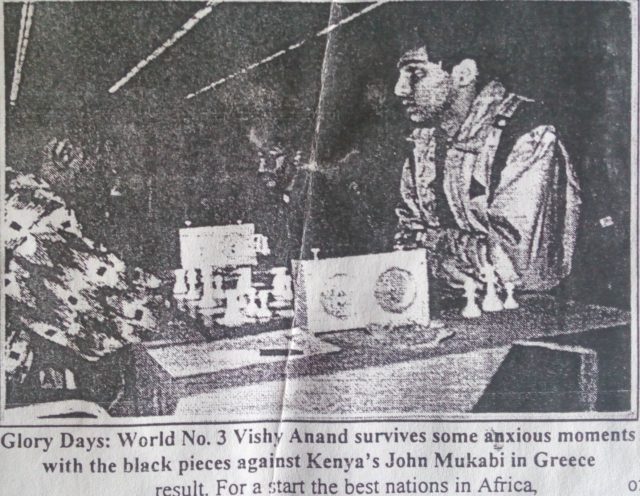 Kim Bhari, an archivist of Kenyan chess memorabilia produced a photo of John Mukabi playing Anand during the 1988 Chess Olympiad in Thessaloniki, Greece. Bhari found this in the December 1997 issue of KENCHESS.