Jamaican Chess Federation President Ian Wilkinson has released a 10-year strategic plan in February detailing the charge forward. Included in the plan are securing a headquarters, establishing a Chess Hall-of-Fame, annual 960 chess tournaments and phasing out of local ratings for FIDE. 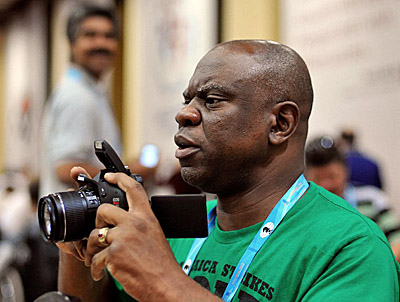 The ultimate objectives of this “Ten-Year Plan” include: making Chess much more visible and popular in Jamaica and ultimately the sport played by the most persons; developing the standard of Jamaica’s Chess players; modernizing and strengthening the administrative structure of the JCF; and increasing, significantly, Jamaica’s influence in the administration of Chess internationally.

Many of the ideas in the proposal are standard for federations, but certainly, the public relations issue may be one that is often overlooked. It is an issue larger federations, and even FIDE, struggle with. In today’s times, federations use Facebook, Twitter and other social media to post photos, video and current news, but the efforts are often disjointed and incomplete. A digital strategy is important is ensuring continuity and consistency.

Wilkinson has led Jamaica for the past decade and has injected enthusiasm and tireless leadership into a community now thriving. However, there is a recognition that the island must “plan the work and work the plan” to make way for the next generation of players rising. On forward Jamaica!