Kevin Fite is preparing his chess players for Supernationals that is only months away. Fite coaches at University Preparatory Science and Math Middle School, but has had a hand in the development of most of the area players through the Detroit City Chess Club. He has also hosted a number of guests to provide inspiration in chess as well as in life. 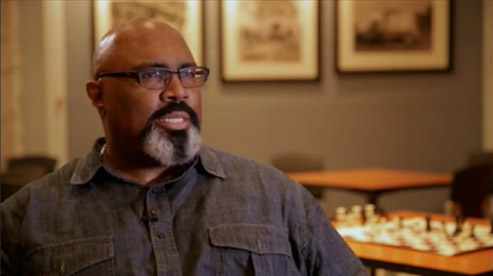 Recently, detroitnews.com ran a story about the chess scene in Detroit, a city beset by a history of odious politics. A ray of sunshine has been the chess program led by Fite.

The chess team at the middle school, located inside the Michigan Science Center in Detroit’s cultural center, is the defending national champion. University Prep Science and Math Middle School’s sixth-graders won the K-6 state elementary championship Feb. 4, while the seventh- and eighth-graders won the junior high state championship a little more than a week ago. UPSM Elementary school won the Metro Detroit City League Elementary Division Jan. 14, making it the best elementary team in the area.

As with many of the fledgling programs, they are often lacking in resources and are forced to hold fundraising campaigns to compete. According to the article, Fite is at it again. “The parents always pay, but they’re just about tapped out now and we just need some help,” said Fite. The opportunity to travel to these tournaments provides the students not only with the opportunities to compete, but to gain social skills, develop life-long networks and even a chance to earn scholarships.

Fite is a mentor for the players and even a surrogate father for some. He tries to discuss with them real life issues. Being part of the chess club provides them with a positive outlet and the results are paying off. They need help to realize their talents. The goal is $55,000 to send the team in Nashville and at the time of the article, they were $17,000 short. The team is working to make this trip a reality.