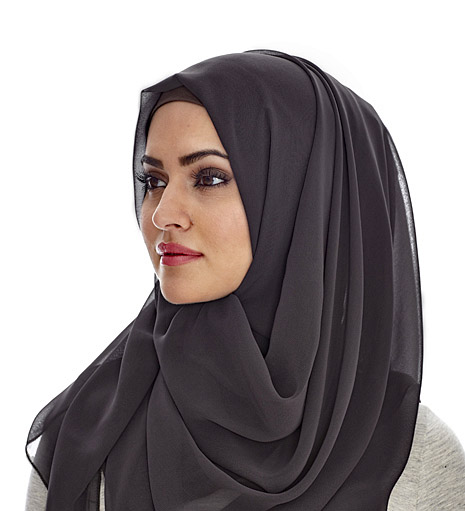 On February 10th, the Iranian capital of Tehran will begin hosting the 2017 Women’s World Chess Championships months after the “hijabgate” firestorm led by current U.S. women’s champion Nazi Paikidze. Given the heightened political U.S.-Iran tensions after the election of Donald J. Trump, it is unlikely that the two boycotting Americans would have felt comfortable, but the issue surrounding the mandatory head covering played into the adversarial narrative.

Paikidze, the current U.S. champion, decided to take a stance by boycotting the event stating that the mandatory hijab is an unreasonable demand. Her story got extensive media coverage (mostly in her favor), and she received support from a few chess celebrities. While some took a measured approach to criticism, other arguments were rather specious and uninformed about Islamic tenets and its diverse cultural practices. Still others, including Paikidze, equated the head coverings with “symbols of oppression.” While there were legitimate concerns, some in social media circles used the opportunity to justify their hatred of Islam and its adherents. 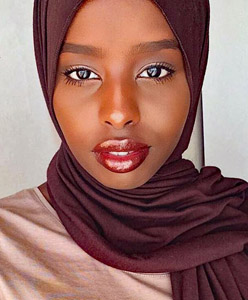 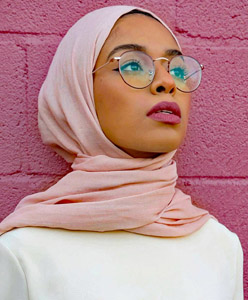 The hijab is a modest covering worn by many Muslim women. Apart from basic styles shown here, head coverings have become a bit more fashion forward, colorful and varied in their expressions. Photos from herbeauty.co

There was another issue broached concerning Iran’s right to host the tournament. In what quickly became a political fight, British chess legend Nigel Short contended that FIDE (World Chess Federation) awarded the event to a country that violates the bylaws of the body. Short, a former coach in Iran, cited in his argument FIDE statute 1.2 that “rejects discriminatory treatment for national, political, racial, social or religious reasons or on account of gender.”

Many (in retrospect) opposed the bid due to what they perceive as a violation of human rights. Some have countered that the U.S. and other western European nations lack moral high ground and have their own history of human rights violations against many different groups of people… including against Muslims. The event has unfortunately become a political football with U.S. vs. Iran, U.S. vs. FIDE, and other anti-FIDE battles.

Why did 159 FIDE members vote
in favor of the bid (with no objections)?

The Islamic nation earned the right to host the event given a vote at the 2016 Chess Olympiad in Baku, Azerbaijan, where the federations successfully passed by a 159-0 vote at the FIDE General Assembly (GA-2016/31). It is widely-known that Iran has hosted international events in which a head covering was required by the organizers. Instead of the hijab, a headscarf was also permissible. It is what some of the players decided to wear. If there were complaints or concerns about the requirement, dissenters did not voice them on the floor of the General Assembly. Thus, the voting nations need to take the brunt of the responsibility for the decision. Of course, most travelers know that every society has laws that bind its citizenry and all who have permission to visit the country. Some are cultural, while some may be religious. Iran is a very complex Persian society with cultural and religious prescriptions for men and women (see Iran Chamber Society). The issue here seems to be that the mandatory head covering only pertains to women, which includes foreign visitors.

Many Muslims see the hijab as a symbol of modesty, and it is one of a multitude of styles for the head/body coverings. It is interesting that practically every major religion has had head coverings or adornments for women in their respective histories. In most cases, it is encouraged, but no longer compulsory except in some places of worship. What is shameful is how Muslim coverings have been targeted by Western media, often without the proper context or understanding.

Several of the women players have weighed in on the issue, and three decided to boycott the event. Susan Polgar released statements in her capacity as Chair of the FIDE Commission for Women’s Chess (WOM). When told women had previously complained of having to wear a head covering, Polgar told CNN,

This is news to me as not a single player spoke up or addressed it with WOM to date. The only thing that I heard was the event was well organized. So if these players would have informed WOM or FIDE about their problems or concerns at that time, the Women’s World Championship may have been awarded to a different organizer. … As you can imagine, it is a very difficult task to please everyone as players have different cultures, religious beliefs, political views, and at times personal interests. I can safely say that it is unlikely that 100% of the participants will completely agree with any particular issue. … Because of this delicate situation, we have to respect EVERYONE and handle things professionally and diplomatically in a proper setting. 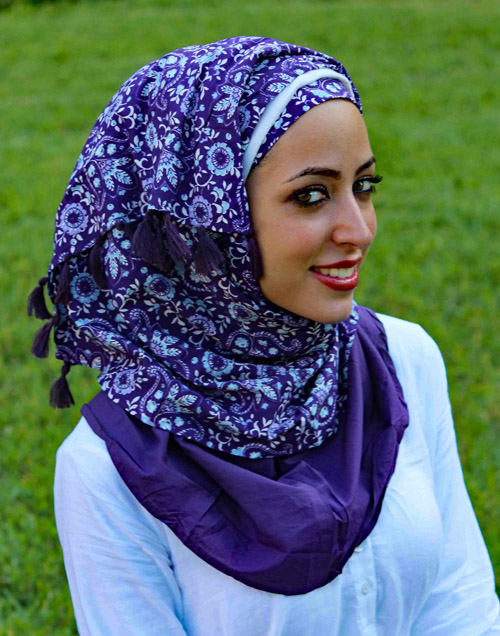 In a public statement and a series of tweets, Polgar urged the “respect of local customs and regulations.” Such behavior is expected in any country requiring such a cultural prescription. For example, if you are in a Muslim country during the month Ramadan, you are encouraged to abstain from eating in public during the daytime fast, even if you are not a Muslim. In most of India, it is unlawful to slaughter a cow and eat its flesh, even if you are not Hindu. In Singapore, chewing gum, spitting, jaywalking and even drinking on public transportation is prohibited and subject to fines. Of course, other cultural rules (i.e., removing shoes before entering a home, or not exposing the sole of one’s shoe) are merely social taboos that can lead to awkward situations or derision, but not arrest. In suggesting that one adhere to Iran’s local customs, the chess community attacked Polgar ruthlessly.

However, Paikidze’s claim is not merely due to the hijab requirement. After she had gathered more information on Iranian society, she cited human rights issues that concerned her. Her protest received widespread support, but with reservations by some Iranian activists. In fact, British-based, Iranian activist Ghoncheh Ghavami stated that “hijabgate” reinforced the oft-heard narrative that Muslim women are timid, weak and not progressive. While respecting Paikidze’s right to protest, Ghavami felt the boycott would be used for political opportunism by Iran’s enemies.

Obviously, I recognise Pakidize’s right – and that of every other human being – to choose how to dress and I applaud her insistence on her rights as a woman. But I believe that her choice to boycott the games is misguided. A reductionist approach to the mandatory hijab has, in the past, functioned as a pretext to reinforce a rift between Iran and the west, as well as insinuating that Iranian women are passive beings who simply lack the will to improve their situation. 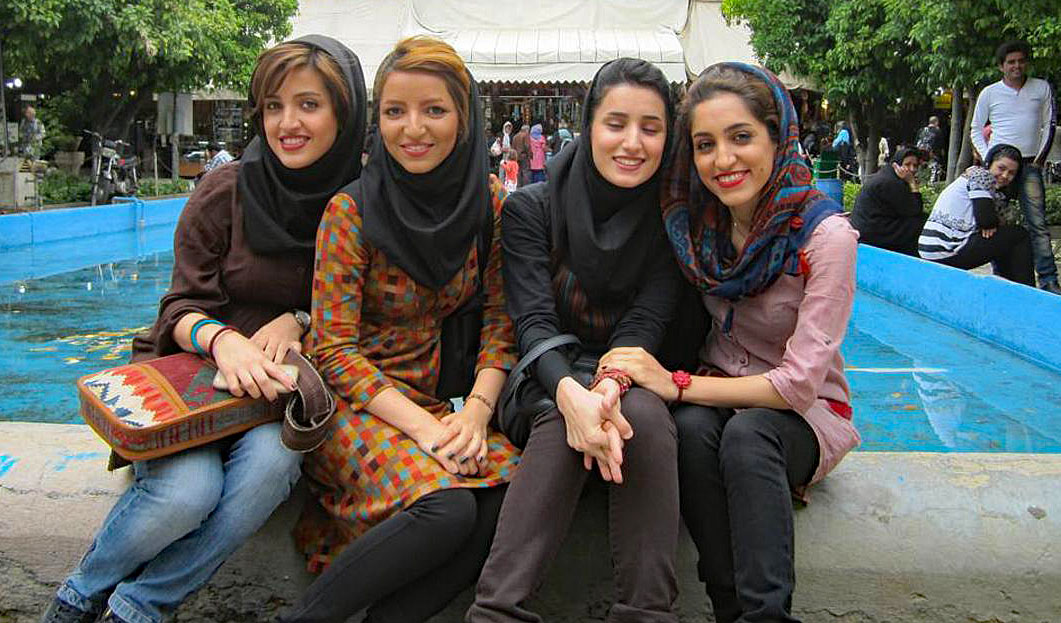 While Iran has many detractors in the West, the negative portrayals
about its people could not be more wrong.
Photo by Charles Glass

Women’s equality is a global issue and America is a country where President Trump has received harsh criticism for his “fat-shaming,” sexually suggestive, and crude comments about women. Millions of women around the world assembled for the “Women’s March on Washington” a day after Trump’s inauguration to protest what many saw was his tendency to engage in sexist hyperbole.

In the end, Paikidze found other reasons to nix the trip. She also opined that it is not safe for women around the world to play in Iran and posted the U.S. Department of State long-standing travel warnings for Americans. Perhaps one reason cascaded into others, and certainly, she is within her right to abstain if unable or unwilling to follow the law.

Current women’s world champion Hou Yifan has decided to exit from the women’s cycle to focus on playing elite competition. She also disapproves of the championship format which features a knockout tournament determining the world champion. Humpy Koneru of India withdrew for unknown reasons. The three not competing due to “hijabgate” were Pakidze, seven-time U.S. women’s champion Irina Krush and Mariya Muzychuk, a former world champion.

Nevertheless, countries are known for their unique cultural prescriptions, and some are holding dear to their traditions, regardless of whether other countries accept them or not. A personal protest not to wear a hijab or head covering is one thing, but to add that Muslim women in Iran (and elsewhere) should not wear it because it’s oppressive is quite presumptuous and ethnocentric. The consensus seems to be that women should have the prerogative to wear whatever they want. However, the tendency in this debate has been to discourage Islamic coverings and to encourage styles of dress that suit western standards of beauty.

Ecuadorean master Carla Heredia offers the view that no woman should be forced to wear a hijab or be forced to remove it if she chooses to wear it. The hijab has been a lightning rod for controversy and France had banned the head covering and other Muslim garments such as the “burkini,” the full-body beach covering worn by women. What would happen if Catholic nuns showed up on a French beach in their habits? This is what occurred in the famous burkini ban after a Muslim woman was made to disrobe in public by the police! Nuns showed up on the beach but were not made to remove their garments, so the discriminatory motive of the law was immediately noted.

While Muslims are being supported on the one hand, they are condemned on other counts. The world is entirely schizophrenic at this time as Samuel Huntington’s “Clash of Civilizations” is upon us. Nevertheless, this is a critical moment for countries seeking to maintain cultural or religious traditions. How does any country (Muslim or otherwise) proceed in a world where national cultures are eroding, traditions lost, and a global culture is emerging? This is a question all nations must address and is the crux of the raging debate on religion.

3 Responses to “Despite #hijabgate, Iran ready to host women’s championship”