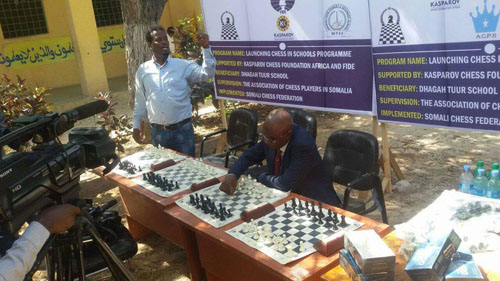 Somalia has been a member of FIDE since 1987 and has participated in past Chess Olympiads. However, things have been difficult in terms of keeping the momentum going in the Horn of Africa. Fortunately, the Somalia Chess Federation got a boost from the Kasparov Chess Federation with the donation of equipment to bolster Chess-in-Schools initiative at the Dhagah Tuur School in Somalia. KCFA reported,

The the program will run under the supervision of the Association of Chess Players of Somalia and has been implemented by the Somali Chess Federation with the help of boards and sets donated by the Kasparov Chess Foundation Africa in 2016. (full report) 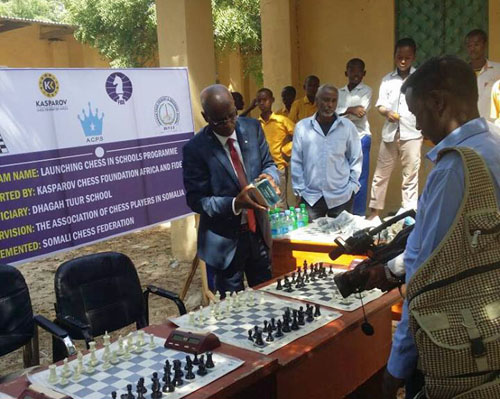 During the 2014 FIDE Presidential campaign, former World Champion Garry Kasparov made Africa a priority in terms of his outreach. The result was a contentious election that appeared to split the continent into bitter factions. Several federations are still divided, but KCFA has continued its efforts post-election including helping the Millionaire Chess satellite tournaments last year. Let us hope that the effort continue! 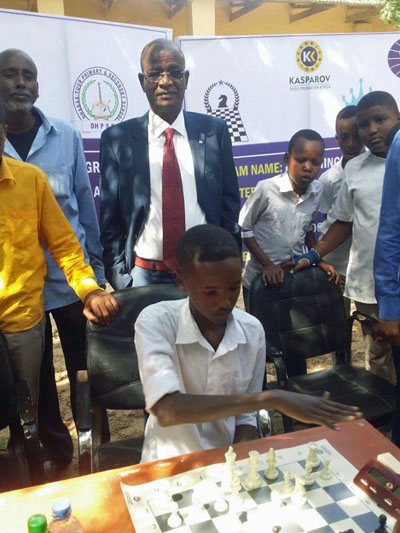 The sets are being broken in!