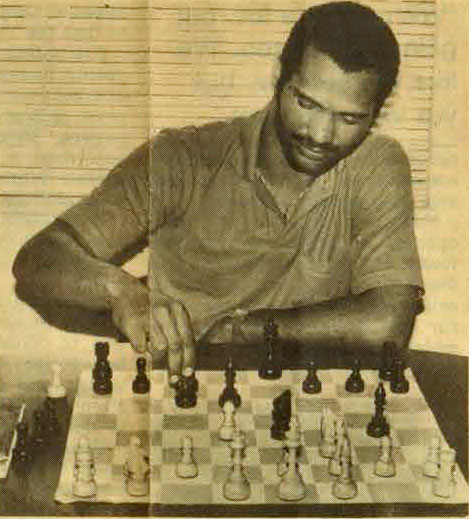 Emory Tate away last October, but left behind a legacy that will last for an eternity. There have been a number of memorial tournaments held in his honor and the latest will be hosted by the Lion’s Paw Chess Academy in Chicago on June 25th at the Salaam Restaurant on West 79th Street. After his death last October 27th (death, obituary, funeral), there were literally thousands of tributes recounting stories of his impact. On June 25th, players in the Chicago area will honor a hometown hero with a 5-round Swiss tournament. The event expects to draw a large number of players from Chicago and perhaps the surrounding states. Organizer Daniel X Jones is hoping that this event become an annual tribute.

Tate was born on the Westside of Chicago along with his four sisters. Combined with his four half-siblings, he came from a large family with a domineering father, a successful attorney with a private practice. His mother was a hard-working woman from rural Alabama who had vision of success for her children. At the age of 13, Emory moved with his family to Elkhart, Indiana where he became the valedictorian of Concord High School. He was also on the wrestling team and was working his up the ladder in the chess club. It was there that the dormant interest in chess blossomed into a passion and young Tate worked hard to improve. 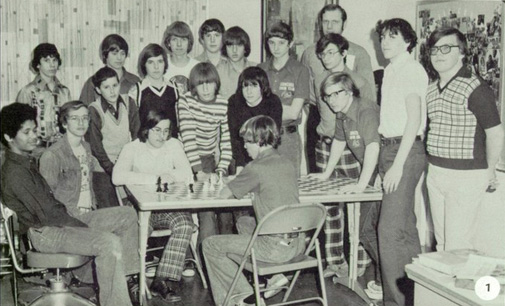 After earning a scholarship to Northwestern, he took his growing interest after defeating GM Arthur Bisguier in a simul. Many chess players remember Tate being at Ron’s Chess Shoppe and other venues in the Chicago area. During this era of his life, his confidence soared and he became a sensation after developing his hyperactive tactical style.

Apart from his sparkling play was the influence he had on the chess community. Tate’s games were always full of creative ideas and he was always willing to share his ideas in a demonstrative way. His generosity is one of the redeeming qualities he is remembered for and is why he had such a large fan base. He will be aptly honored the community where he had such an impact, the southside of Chicago. See flyer below for details. 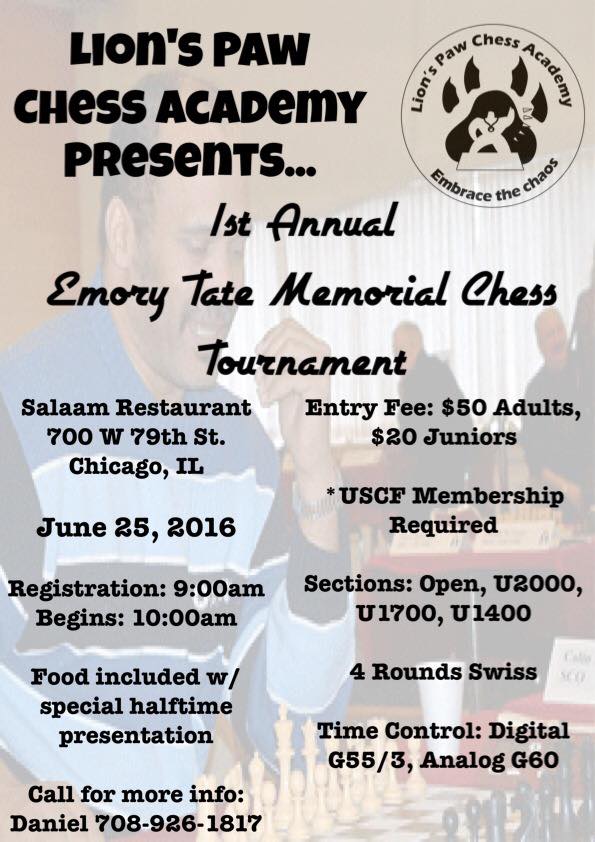