“Queen of Katwe” is coming! 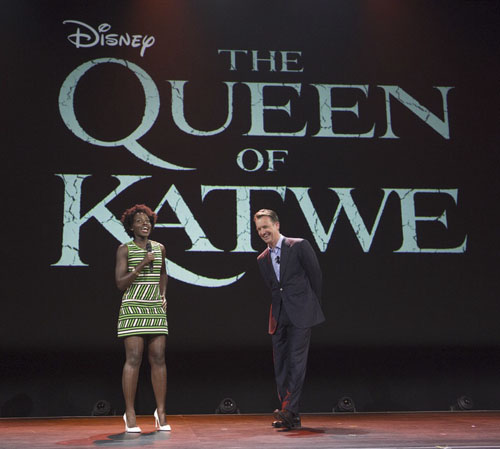 Lupita Nyong’o speaks at a Disney promotion for the movie.Back in 2014, an announcement was made that Lupita Nyong’o, would be playing Phiona Mutesi in an adaptation of the book, “Queen of Katwe.” Nyong’o won an Academy Award for her stunning portrayal of Patsey in “12 Years as a Slave.” This film has a tremendous story line and is not much about chess as one would suspect. Directed by Mira Nair, Disney has made this story into a movie and is scheduled to premier on September 23rd with the general viewership beginning on September 30th.

Many chess players seeing this story immediately ask questions such as “What is her Elo rating?” In doing this they miss the entire lesson and either cannot grasp the beauty of the story or they are so narrow that they view chess strength as the only worthy metric of a story’s value.

It is a story that one can always find inspiration from and this story is no different. It is a triumph for chess in yet another example of the game’s redeeming qualities. However, if you are wondering whether you are going to see her whip out a Dragon Sicilian or essay the latest theory in the Berlin Defense, then you have the wrong idea. You find value in her life story. 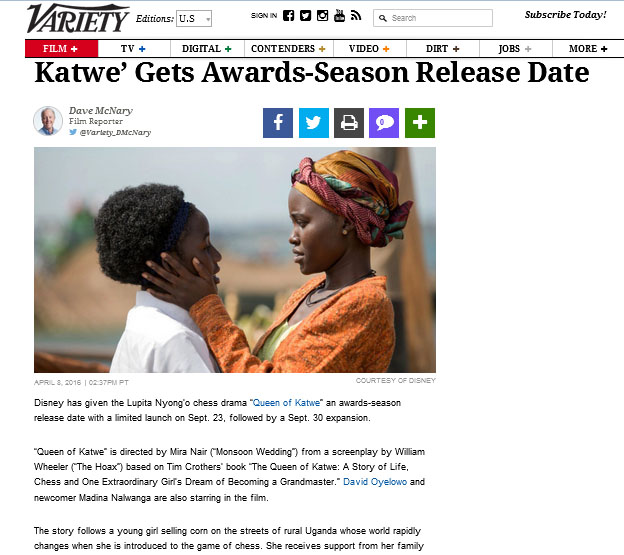 7 Responses to ““Queen of Katwe” is coming!”