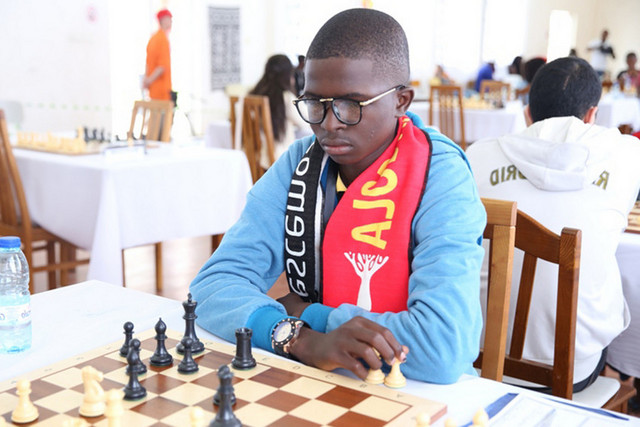 Angola has been one of the most successful African federations in terms of producing International Masters. Players like Manuel Mateus, Pedro Aderito, Alexandre Nascimento, Amorin Agnelio and Armindo Sousa were some of the earliest names. They have represented the oil-rich country with high marks in international competitions. At the time, Mateus was one of the youngest IMs in Africa.

IM Erikson Soares has also held the flag aloft for Angola winning Africa Junior in 2011. Their youngest IM David Silva repeated as the African junior champion earlier this month in Victoria, Seychelles. Silva won in his home country the previous year and topped the charts again this year with 8/9. He cleared the field by a full-point after beating his compatriot Silvio Famoroso. Top-seeded Egyptian International Master Adham Fawzy, also finished on 7/9 with a win over Angolan Cristiano Aguiar. Silva would have won the tournament on tiebreaks if he has lost since he defeated Fawzy in their encounter.

Angola has had good support and has been a staging ground of talent supporting both girls and boys and staging the strong Cuca International Tournament. Perhaps the country will produce its first Grandmaster in the coming years.