Adu, who last won a major tournament early this year at the FIDE Zonal event in Togo was in his best element in the pool of best 10 male players in the country with 6.5 points of the nine round-robin event and won for himself the sum of N200,000. 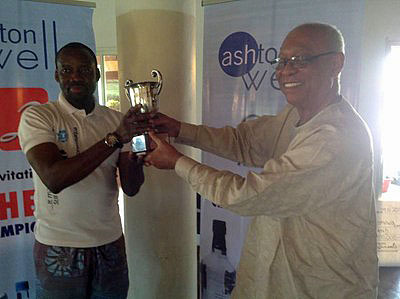 “The critical point of my tournament was after winning my fifth game in a row, I was ahead of the field with a point and a half, although I suffered a momentary set back in the next round with a loss to Daniel Anwuli, that did not distract my quest to remain at the top till the end of the tournament,” champion responded in a post event interview.

Candidate Master Adeyinka Adesina and Abdulraheem Akintoye tied for second position with six points each and were rewarded with N75,000 each while the trio of Abimbola Osunfuyi, Daniel Anwuli and former National Champion, Adegboyega Adebayo all secured five points each and won N200,000 each.

While Ademola Shorungbe, Chukwunonso Oragwu, Eugene Unwana and Roland Dieyi all followed and won N10,000 each.

In the female section, Ofowino was clear first in the double round robin among the five top players in the country. She justified her ranking as the best female players at the NB Plc championships in Lagos as she secured 5.5 points and won for herself N100,000.

Funmi Akinola was second with five points and won N50,000 for her effort while Mandy Enavreba placed third with four points and won N30,000 just as Labake Coker and Sandra Aramude followed respectively with 3.5 and 2.5 and won N20,000 and N10,000 each.

The sponsor, Prince Albert Esiri, commended all the participants for their respective show and urged them to take advantage of the annual event to improve their FIDE ratings.

“I want to assure you that this event will hold annually here and it is an opportunity for you come and enjoy the serenity atmosphere here and as well as improve your proper in chess aside the FIDE ratings,” he responded.

Abraka Turf and Country Club is a private country resort situated in Delta state in Southern Nigeria. The resort caters for both business and leisure travellers, it aims to provide a luxury service in an idyllic green setting. 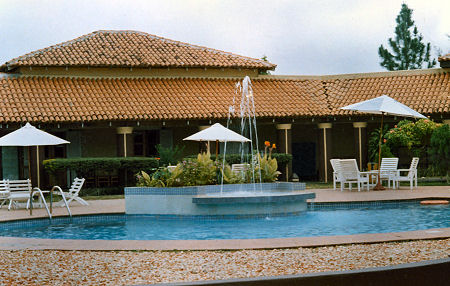 The maiden edition of the chess event was held 11 years ago and it was personal efforts of incumbent president of Nigeria Chess Federation, Mr. Lekan Adeyemi, who conveyed the yearning of chess players to the sponsor for the revival.