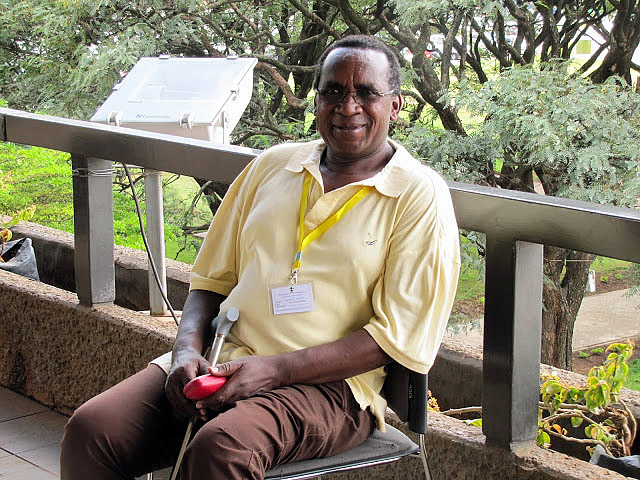 Clement Chomu Miheso Clement Miheso relaxing during the
2015 Millionaire Chess qualifier held in April 2015
at the KICC in Nairobi, Kenya. 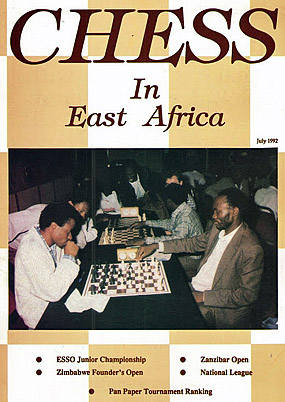 Kim Bhari recounts valuable history of Kenyan chess while profiling Clement Chomu Miheso and his participation in the World Chess Championships for the Disabled. Miheso was a former Chairman of the Kenyan Chess Federation in the 80s and 90s. He was also insrumental by helping to build the chess culture in Kenya producing two issues of “Chess in East Africa”.

Affectionately known as “Champ” Miheso trekked to Dresden, Germany last month to vie for a world championship scoring 3/7. The report has some very nice photos and a story of a young man from India who cannot sit nor stand while playing chess. There were a number of blind players competing as well.

A total of 63 players from 14 federations were present during the 2nd edition of the event which is organized by ZMDI Schachfestival Dresden e.V. The earlier edition were held in 2013. The opening ceremony was attended by the Mayor of Dresden Dr. Peter Lames, the President of the German Chess Federation Mr. Herbert Bastian, the Chairman of the FIDE Chess for the Disabled Commission Mr. Thomas Luther and the FIDE Executive Director Mr. Nigel Freeman. 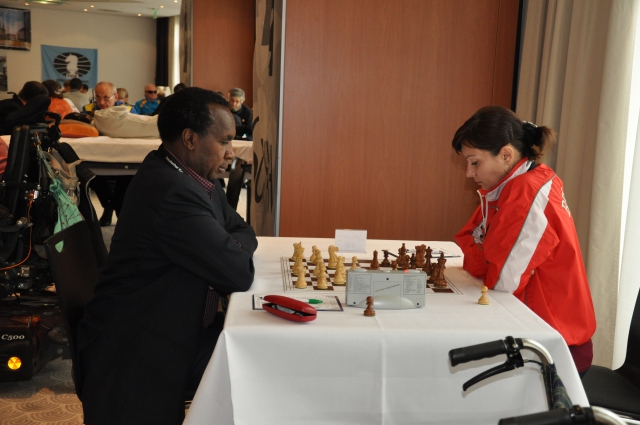 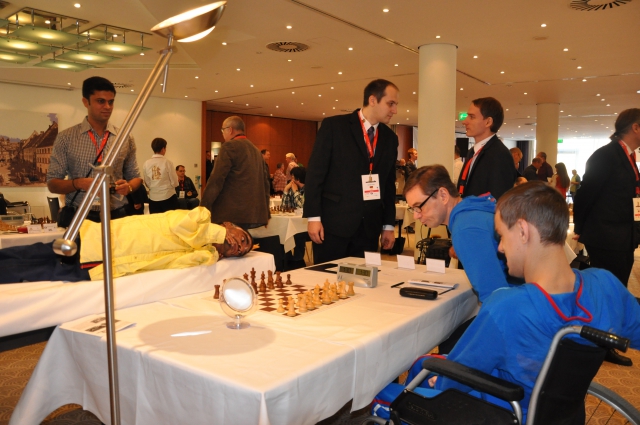 Shailesh Nerkikar from India suffers from a rare disorder which has caused his bones to shrink. He is unable to sit or stand and plays his games lying down on a bed. Photo by Karsten Wieland.