The Millionaire Open kicked off with an incredible buzz as players milled about in anticipation for the start of the Millionaire Chess Open. Players from near and far… as close as Las Vegas and as far way as Asia/Africa/Pacific came to participate in the event of the year. Although there were some last minute cancellations, the stars were shining bright on the red carpet. 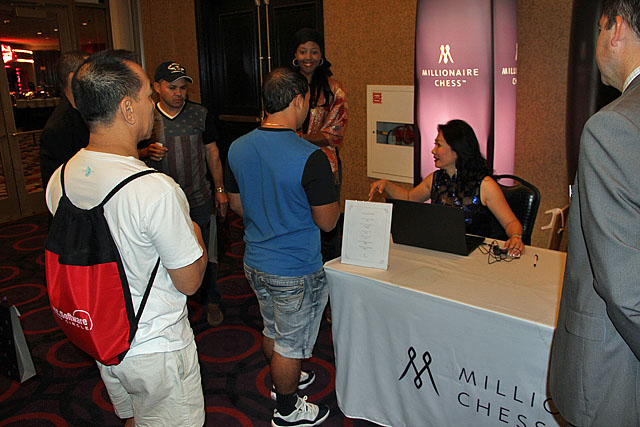 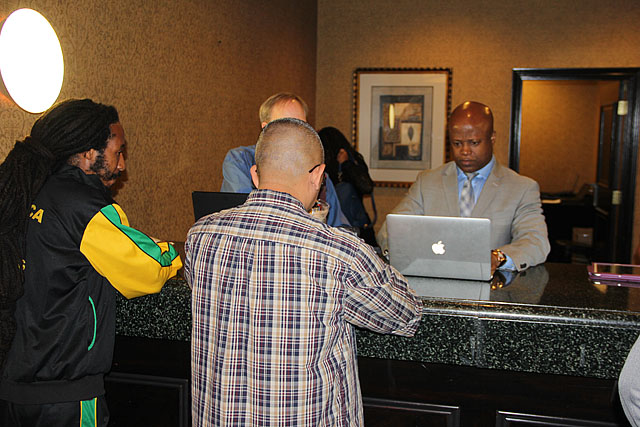 Registration moved expeditiously… with some bottlenecks.

If anyone can describe the scene at Planet Hollywood, it would be deemed “electric”. The morning breakfast was a very nice addition to American tournaments and GM Maurice Ashley could be seen making his rounds to greet everyone. Players mingled freely as if at a reunion and there was great cheer. 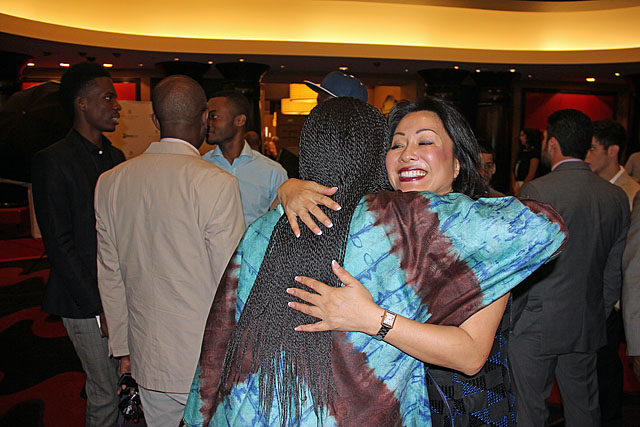 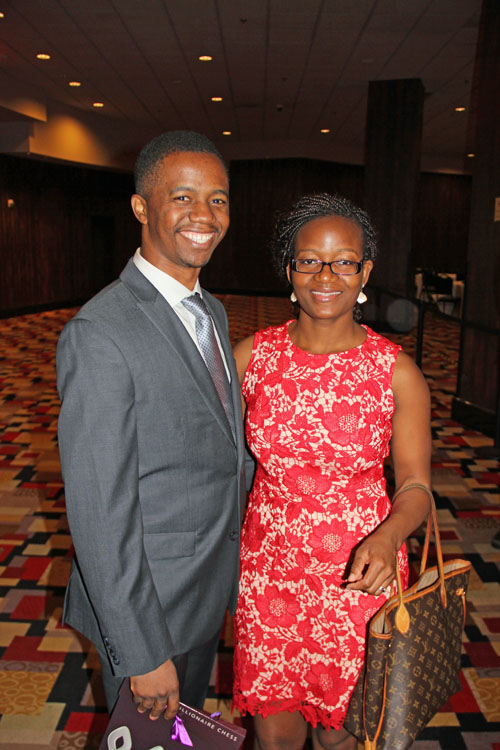 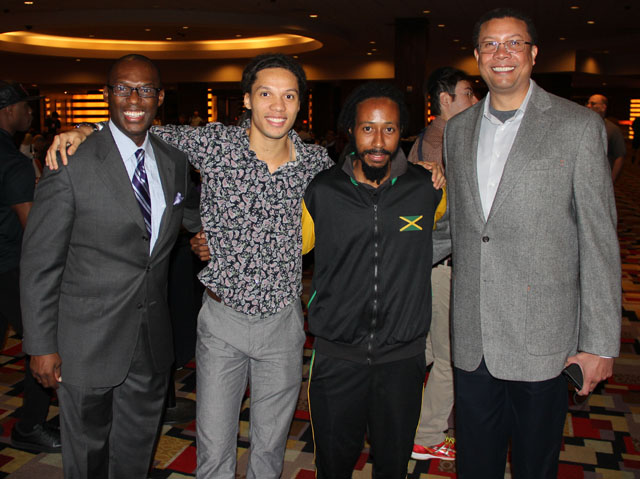 Ashley welcomed everyone to the event and thanked them for there participation. He talked about the vision of Millionaire Chess and the goal to make chess suitable for public consumption and to attract the likes of ESPN and other sports affiliates. Some of the rules were explained and the security measures were emphasized to ensure there would be absolute compliance.

Ashley did say that the Millionaire Chess #3 would not return to Las Vegas, but would move to the east coast without revealing the location. He then made way for Amy Lee who brought greetings and gave praise to her partner and all the staff who worked hard to make the event happen. Looking resplendent in her shimmering evening gown, she warmly welcomed the audience and reiterated her vision for MC.

Amy humbly distributed the success of the MC franchise to her staff, but stated that her mission was to see chess get the glory it deserves. While many may appreciate Amy Lee’s vision, what may not be appreciated is her hard work. Here is a woman from Canada of Chinese descent who has invested in chess with the idea that chess can someday gain the attention that other similar sports are receiving, we can only give kudos to her. Ashley came back and requested another round of applause and then officially opened the tournament. Next was the epic red carpet photo shoots a wonderful touch to the Millionaire Chess experience.

The first round got underway with announcements, acknowledgements and the singing of the national anthem. The round started a bit behind schedule due to the announcements and pairing issues. One of the problems was the sudden withdrawal of players and subsequent forfeits. There was also the issue of the official website which experienced outages. After the problems were resolved, the worldwide legion of millions tuned in.

The first round had a few upsets. FM Vignesh Panchanathan upended GM Varuzhan Akobian and there were a number of upset draws as well. There were several draws where the rating difference was more than 250 points. There are a number of young players hunting for norms and they are circling the water like sharks!

There were more rumblings in the second round as FM Li Ruifeng trotted out the Evans Gambit against GM Fabiano Caruana. There are different philosophies on how to play against a stronger player and in general playing a sharp game is one approach. It worked like a charm. Actually, if the position was reversed and Caruana had white, he would have certainly played on. Drawing with a top ten player is a huge boost nevertheless. There were still more “draw upsets” in round two as well but IM Farai Mandizha of Zimbabwe did one better by beating GM Kayden Troff. However, most players took care of business. Hikaru Nakamura leads a horde of players on 2/2. 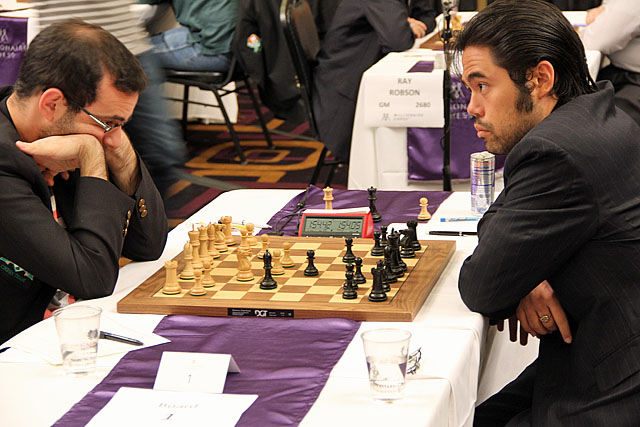