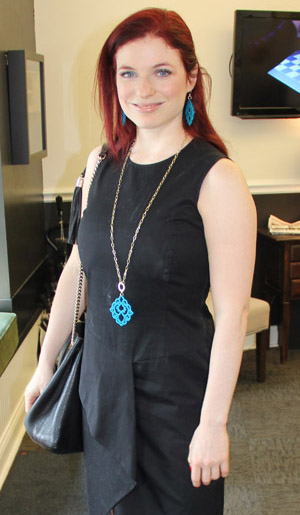 The Chess Drum caught up with WGM Jennifer Shahade during the 2015 Sinquefield Cup in a very short interview. While she has played in a number of U.S. Championships (winning two women’s titles), she primarily is known as a chess promoter and commentator. She is a fixture on commentary teams for tournaments held at the St. Louis Chess Club. However, in the past decade she has also been on the poker circuit and has worked at building a bridge in between the sport sports.

As far as her chess activism, she co-founded the 9 Queens initiative with Jean Hoffman, has authored a couple of books and continues to provide some interesting views on gender in chess. In this interview, she makes a revelation that talented girls may be able to embark on a career in professional chess in 10 years. She gives her views of what chess needs to do to make it to the next level. She also praised chess because of its inherent diversity. While the interview was cut short because of her going on air, her words were very much appreciated.