Alex Lenderman continues a nice run of tournaments after winning the 2015 World Open. Lenderman actually tied with seven other players to finish the tournament on 7/9. Of course all players will be considered co-champions, but there were be a playoff tiebreak to decide who would receive the additional $300.00. However, the path to the top would be tortuous. 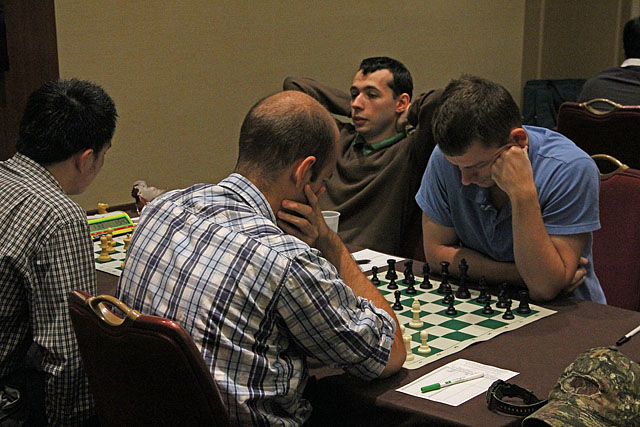 Setting the stage for a frantic finish, Lenderman won a crucial penultimate contest against Chinese Grandmaster Jianchao Zhou. In an interview with U.S. Chess Online, Lenderman had little chance to win but capitalized off of a mistake by Zhou. According to comments in the post-tournament interview by US Chess Online, he had this to say,

“He blew a nice position and he realized now that he has to fight for a draw,” Lenderman said. “I kept playing and he made a mistake and I won this game.”

In the last round, there was a bit of a shock after Lenderman accepted a quick 15-move draw with Ehsan Ghaem Maghami of Iran. It punched his ticket to the playoff, but insisted that he was not being anti-competitive.

“I was trying to win, especially with white. I don’t ever make pre-arranged draws. That’s not how I play. For me, chess is a sport. I don’t want to make it a business.”

Interesting perspective because he is a professional and such a decision could be seen as a rationale one. However, with all the furor over quick draws, such results may be increasingly scrutinized. With eight players log-jammed on 7/9, both Lendermen and Mamedov had the best tiebreaks. So both sat down to battle in front of a modest but riveted audience. Here is the video by Jamaal Abdul-Alim seen filming in the photos below. 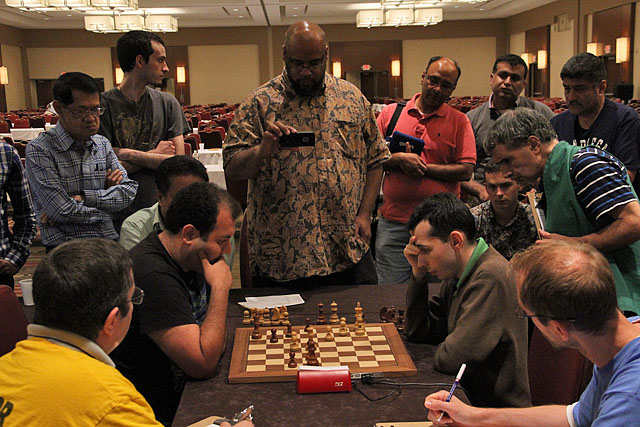 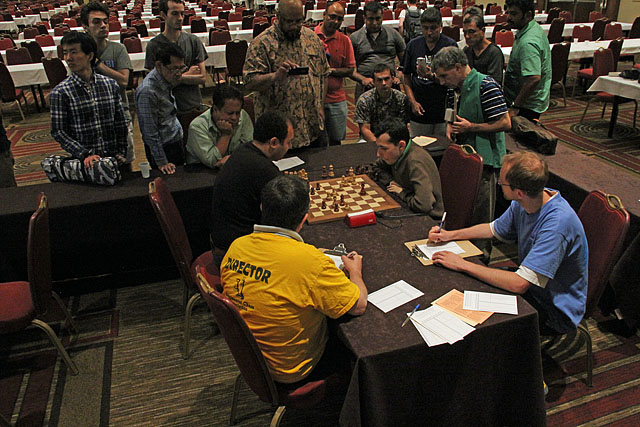 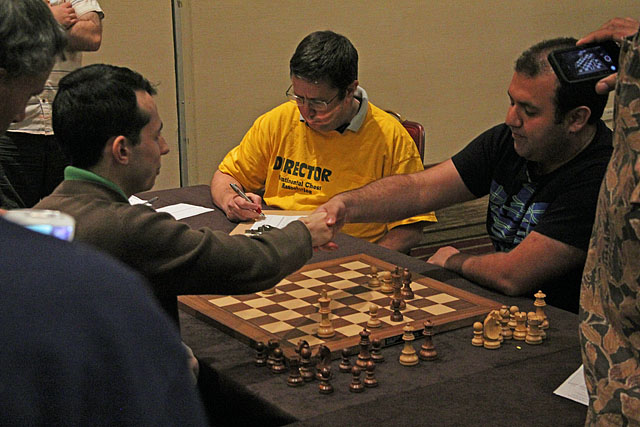 The tournament was hotly contested with a younger field from previous World Opens. There were some notable upsets as former top-five player Artur Jussupow lost to Andrew Tang, an IM from Canada. Alexander Shabalov lost to Corey Acor. In a sparkling performance by junior player John Michael Burke or “JMB” he tallied 6.5/9 beating two IMs and getting a Grandmaster scalp from Arun Prasad Subramanian. He earned his first IM norm along with 15-year old Craig Hilby, who beat GMs Conrad Holt and Shabalov. Kapil Chandran beat Colombian Grandmaster Gildardo Garcia. There are piranhas in the Open Section! 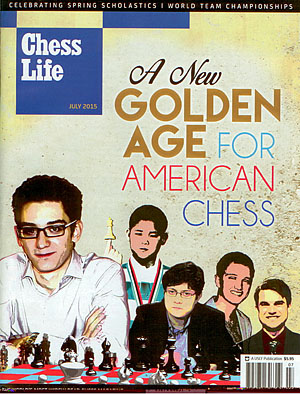 In the current issue of Chess Life, there is a mention of a “Golden Age” for American Chess. It appears that the talent is being harnessed from the inertia of scholastic chess. In fact, the DC International tournament saw Michael Bodek, Ruifeng Li, Cameron Wheeler, Christoper Wu from the US, and Jason Cao from Canada all earned IM norms. All of these players were recently or are still playing scholastic chess.

Less than 10 years ago, Lenderman was one of those players competing in the scholastic arena for Edward Murrow High School in Brooklyn. Now he has elevated to compete for the U.S. national team and for U.S. Championships. It is good to see him taste his first World Open victory and perhaps more successes to follow.