The Grand Chess Tour was announced last year after the 2014 Sinquefield Cup as a way to build more high-level attraction and exposure to the chess elite. It is a pact between three entities… Chess Club and Scholastic Center of Saint Louis (Sinquefield Cup), Tower AS (Norway Chess) and Chess Promotions Ltd. (London Chess Classic). Nine of the world’s top players will be slotted into all three events with one additional player selected as a wild card for each event.

The first event has begun in Stavanger, Norway with World Champion Magnus Carlsen serving as the home favorite. He will be joined by highly-decorated players all looking to gain momentum in an attempt to wrest the crown away from him. Several of these players will be competing for the right to play Carlsen in the Candidate’s tournament in March 2016. 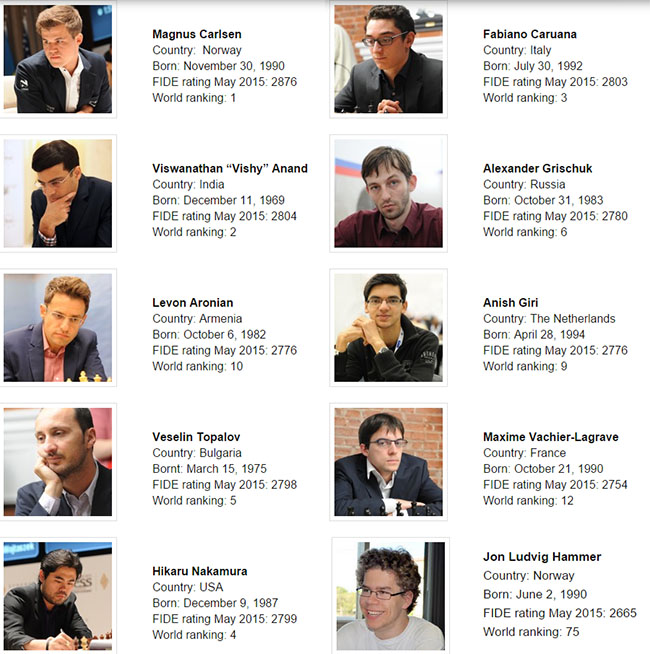 Norway 2015 will be the first of three events. According to the CCSCSL site, each of the three 2015 Grand Chess Tour events will have prize funds of $300,000 with competitors accumulating points from each event toward a tour prize fund of $150,000 with the over champion winning $75,000 of that amount. The total prize fund for the circuit is set at $1,050,000.