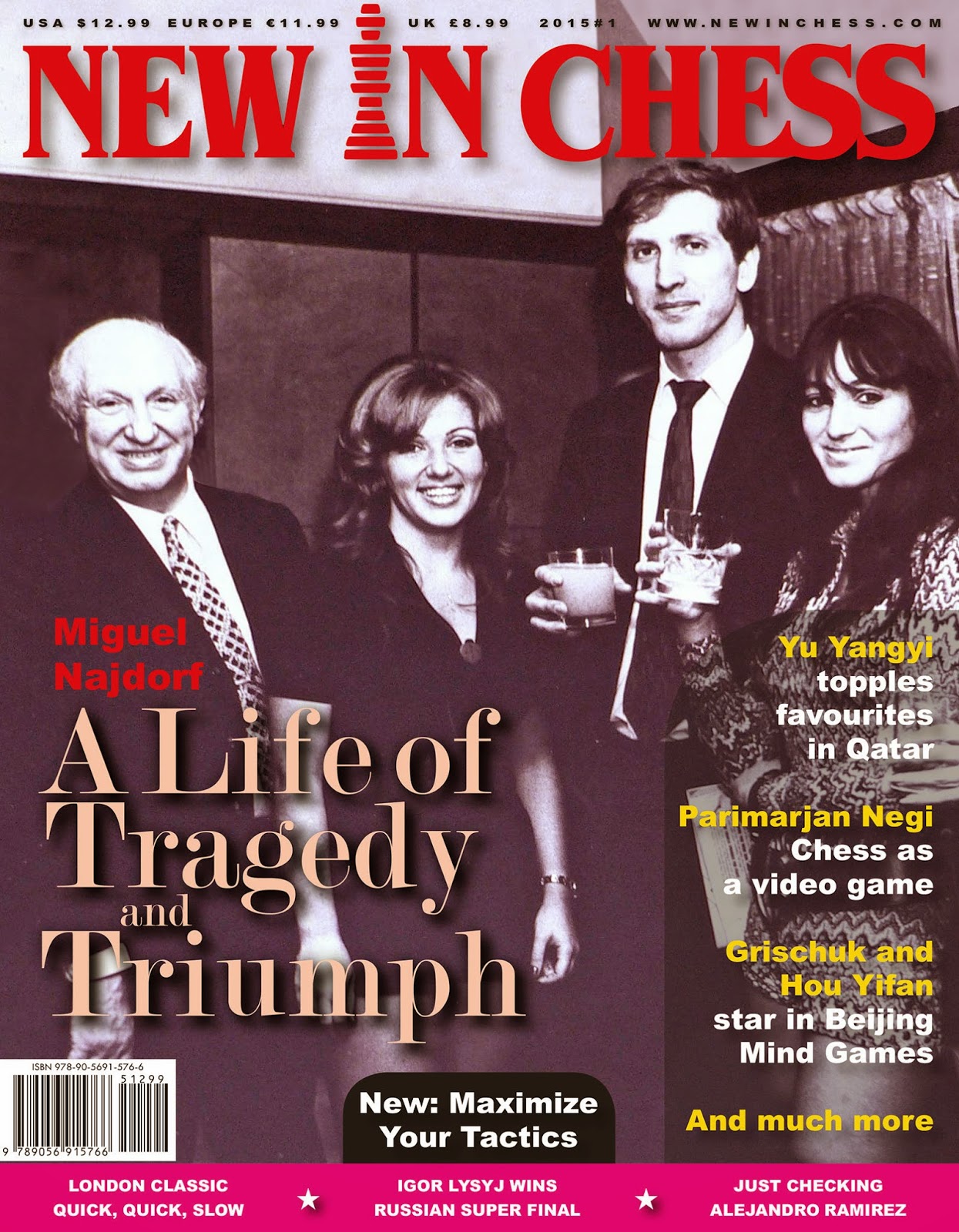 Bobby Fischer died in January 2009 at age 64. He continues to be in discussions and the latest New in Chess has a special feature with him on the cover. However, the story is about Miguel Najdorf’s experience during the time of World War II and thereafter. This story goes into great detail about Najdorf’s life story including the demise of his entire family of 300 people in the Nazi death camps.

Born Mendel (Mieczyslaw) Najdorf his name is affixed to one of the most dynamic openings in chess. However, his passion was almost snuffed out since his mother did not approve of his hobby. He was able to pursue his passion, become champion of Poland, but after World War II brewing, he was stuck in Argentina during the Buenos Aires Olympiad. He remained with $200 in his pocket, changed his name and started a new life.

Najdorf’s interactions with many champions such as Raul Capablanca, Paul Keres and Fischer were mentioned. He had played 11 of the 19 World Champions, beating several of them including Mikhail Botvinnik, Vassily Smyslov, Tigran Petrosian, Mikhail Tal and Bobby Fischer. His complex relationships and his bon vivant personality was also showcased. Fascinating story.

When I saw Mohammed Modiakhi at the Tromso Olympiad publicizing his Qatar Masters event, I saw a man with the zeal of a promoter. Despite the fact that the Qatari Grandmaster was also playing board one, he would discuss his project to anyone within earshot. While Maurice Ashley’s tournament gathered momentum and was billed as the world’s largest prize fund ever ($1,000,000), the Qatar Masters claimed to be the strongest.

The strength of the tournament was much more than expected with Anish Giri and Vladimir Kramnik headlining the field. Giri would race off to win six in a row, but was caught when both he and Kramnik lost to Chinese player Yu Yangyi. This was redemption for Yu who had missed out on the top prize in the Millionaire Open. See amazing Akobian-Giri game!

There is coverage of the London Chess Classic with several exciting games from both rapid and classical. The tournament has been undergoing some changes in format. Hikaru Nakamura won the rapid with a scorching 9.5/10 while Viswanthan Anand won the classical with 7/15 (football scoring). 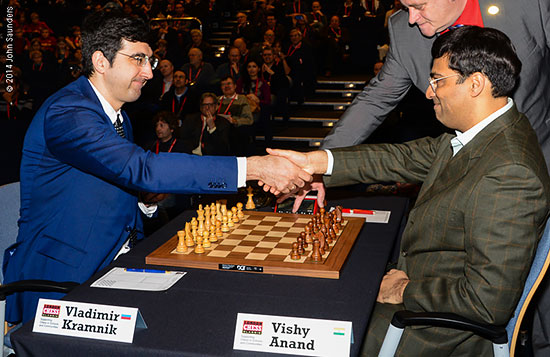 After losing perhaps his last chance for a world championship, Viswanathan Anand found his footing in London. Photo by John Saunders.

The World Mind Sports Games does not get much media coverage in the chess world, but The Chess Drum has made a point to cover every event. This one was as exciting as the last with the Blitz, Rapid and Basque versions. The Basque replaced the blindfold a couple of years ago and features players playing two games simultaneously against an opponent with both colors!

The five mind sports all had their excitement, but of course it was chess and draughts carrying the action with the ever-popular blitz and rapid formats. Alexander Grischuk won the blitz and rapid formats while Ian Nepomniachtchi won the Basque format. Hou Yifan won the blitz and Basque with Valentina Guinina winning rapid. The games were wild and wooly and the MVL-Leko game featured a white king walk to d7 with the queens still on the board! 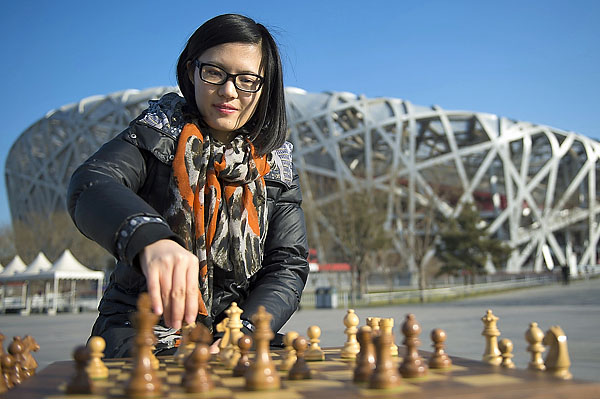 Hou Yifan was the chess ambassador for the Games.
Excellent choice!
# # #