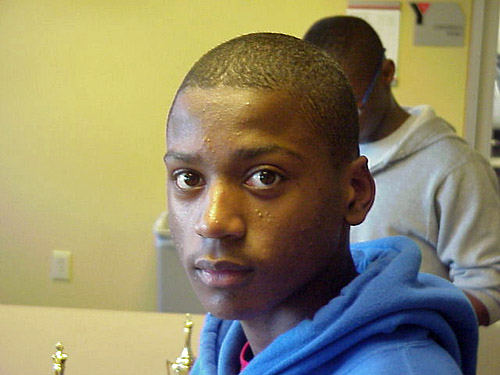 “What motivates me to play chess
is just wanting to win and be the best!”
~Emmanuel Carter~

North Carolina is quietly becoming a hotbed of young chess talent. With a very active state organization along with a U.S. Chess League team Carolina Cobras (including Duke collegiate IM Kassa Korley) and a thriving scholastic environment, the state is enjoying success. The state is perhaps best known for their popular “Land of the Sky” tournament which draws a number of strong players from around the country.

The latest news out of “North Cackalacky” is 14-year old Emmanuel Carter who has just attained National Master (NM) title after a tournament at the Charlotte Chess Club back in December. After clinching the title in December, he has been on both sides of 2200 and is currently at 2208. Dominique Myers, who is also a recently-minted National Master, reported to The Chess Drum. According to a report written by NM Leland Fuerstman, here is a sketch of the young star.

Born on May 25, 2000, and currently, the third highest rated active player in the Charlotte Chess Club, soft spoken 14 year old Expert Emmanuel Carter (2200) relocated from Tennessee a few years ago with his brother Lorenzo (1897), 15 and his sister Kydriana (1611), 16. Seeking better educational opportunities, they now live with their grandmother in Monroe where he attends Union County Early College. Emmanuel is somewhat of an anomaly having received very little formal chess instruction and only learning through books, internet activity and tough competition with his siblings!

Emmanuel learned to play chess from his grandfather at age three and along with his siblings have become a fixture in Charlotte chess. Last summer Emmanuel represented his state at the K-8 Barber Championship after winning the North Carolina Scholastic K-8. He scored a respectable 3.5/6 at the Barber tourney and eclipsed the 2100 barrier. 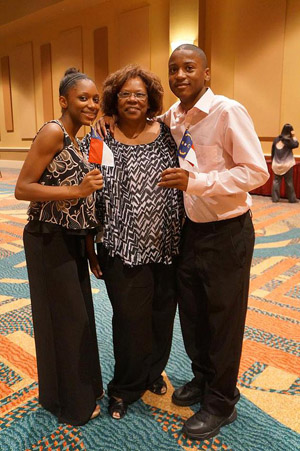 Emmanuel Carter with older sister Kydriana Carter and grandmother. Both players have represented North Carolina in a number of scholastic events. Their brother Lorenzo Carter (not pictured) also plays. Photo by Frank Johnson.

The Drum Majors of Chess: Part One