GM Hikaru Nakamura is riding high off of his recent win in Gibraltar, Spain. The 27-year is a bit more mellow in his demeanor, but his play is still high-octane. At the Gibraltar Masters, he bolted out of the gate with six straight wins including a creative queen romp against Jovana Vojinovic and a crucial win over Veselin Topalov. That was enough to ward off any competitors including David Howell who held Nakamura to a draw and stopped his six-game winning streak.

In the next round, Nakamura clinched his second Gibraltar win with a draw against India’s Pentala Harikrishna while Howell was trying to win against Hou Yifan to force a tiebreak. Turns out that Howell almost lost… or should have lost! Nevertheless, Nakamura got a well-deserved win vaulting him back into the position as America’s #1 player.

There was a slight tremor in the chess world when Wesley So overtook Hikaru Nakamura after his strong performance at Tata Steel in Wijk aan Zee. Being the top player can sometimes be a big deal and many players fight tooth and nail for that position. Nevertheless, Nakamura entered Gibraltar with the goal of playing “good chess” and didn’t make too much of the new rivalry. Currently #6 on the live list at 2792, he will enter the U.S. Championships coming up in March, fully aware that the world will be watching this budding rivalry. 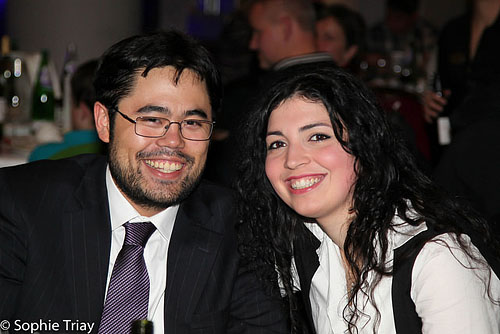