Despite rumours that the Tromso Olympiad would be cancelled due to financial shortcomings, the biennial event is hours from the Opening Ceremony. Ramblings over money was not the only controversy. ChessBase filed a report of terrorist threats. After the COT2014 disqualified a number of teams (including defending gold medalist), there were barbs thrown at the organizing body and accusations that the Kasparov2014 may have had something to do with the matter.

Nevertheless, the financial issues were cleared and the teams were reinstated. The will not temper the what will prove to be one of the most contentious elections in recent history. Both sides had accused the other of corruption and shady dealings. There was a ruling by the FIDE Electoral Commission concerning rightful delegates of several federations (i.e., Gabon, Afghanistan, Netherlands Antilles). 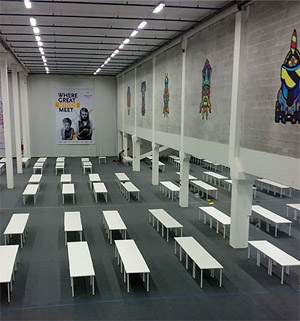 Delegates will be on hand to discussion a number of issues in addition to choosing a FIDE President. Kirsan Ilyumzhinov has been at the helm for 19 years and will be in perhaps his toughest battle for re-election. The General Assembly will be simmering with fierce debates to determine the course of chess for the next four years.

As far as chess is concerned, there will be the usual favorites contending with only a few of the top players not competing. India is missing three of their top players while China is missing Wang Hao. Armenia is missing Tigran Petrosian, but most other teams are at full strength. The Russian women are looking to defend their title with a new top board in Kateryna Lagno. However, China will be the slight favorite with an in-form Hou Yifan leading the way.