July 15, 2014 – San Jose, CA- The Hip-Hop Chess Federation (HHCF) is proud to announce it will host the Grand Opening of the HHCF Community Education Center. The event will take place Saturday August 16th at 3396 Seldon Ct. Fremont, CA from 1-6 PM. The HHCF Community Education Center will focus on teaching K-12 youth chess, martial arts, Hip-Hop dance and competitive cheerleading. They will be offering additional after school mentoring and tutoring programs throughout the school year launch in Fall of 2014.

The HHCF will also be hosting regular panel discussions, and Q&A sessions with leaders education, art, nonviolence, technology, chess and martial arts. For the last 8 years the HHCF has brought rappers and chess players like RZA, IM Josh Waitzkin, Sons of Anarchy actor Emilio Rivera, Immortal Technique, IM Emory Tate, Rakaa Iriscience, DJ QBert and others together with the youth to spark deeper levels of intercultural education and community engagement. 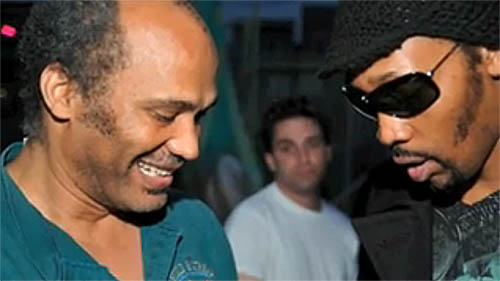 IM Emory Tate with the RZA of the Wu Tang Clan. Hip-hop and chess will never be the same. Photo by Eric K. Arnold.

HHCF Director of Education, Arash Daneshzadeh stated “The HHCF Community Education Center will give young people a place where their minds can truly thrive free of judgement and actualize their academic goals. Our fusion of Hip-Hop, chess and martial arts are built to inspire positive thought and action. We are thankful to all those who have helped make this day possible.”

In related news, the HHCF is currently running a free chess camp in San Jose that was funded by the City of San Jose’s Safe Summer Initiative Grant. Additionally, HHCF Founder Adisa Banjoko is currently serving as an Education Consultant to the World Chess Hall of Fame in St. Louis Missouri. The World Chess Hall of Fame stated their exhibit will “delve into the overlapping cultures of Hip Hop and chess through the exhibit Living Like Kings. Hip Hop and chess share a rich history—as cultural touchstones, tools for community building, and avenues for understanding.” The Living Like Kings exhibition will run October 9th 2014 to April 26th 2015.

Connect with me on www.linkedin.com/in/abanjoko.