Uganda’s National Chess team outwitted Nairobi Chess Club 12-4 after four grueling rounds over the weekend (8-9 March 2014) in Nairobi, Kenya in what has over the last three years been dubbed “battle for Migingo”.

Ssegwanyi was the best player on the Ugandan team winning all his four games against Gilruth, Mehul, Magana and Kidula, unrated Okas also did very well winning three and only drawing one against Magana. This puts Okas who already has 8 rated games from the recent Rwabushenyi Memorial Chess Championship on course for his first international rating as the event in Kenya was also a rated tournament.

Patrick Kawuma won three and lost one to Mehul while FM Wanyama had an unusually difficult time that could cost him some valuable rating points after winning one against unrated Kidula, drawing the other with Gilruth and losing two to lower rated players in Magana and Mehul.

The Ugandan team returns to Kampala today after successfully defending the title for the third year running. The annual event helps improve on international rating points for players in the region and fosters friendship and cooperation among the two countries. 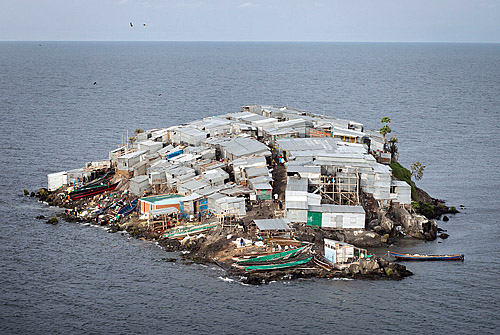 Mingingo Island, a 500-meter island dually-claimed by both Uganda and Kenya.

UCF is grateful to Nairobi Chess Club for hosting this year’s event and taking good care of the Ugandan team. Uganda is expected to reciprocate the gesture next year in Kampala.

FIDE 2014: The Scramble for Africa