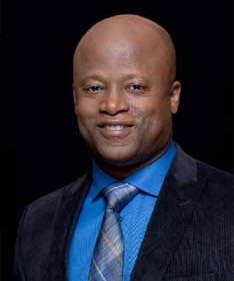 A few days ago, GM Maurice Ashley launched what would be a bold attempt to put chess in its rightful place as a sport with the ability to raise its profile in a big way. Along with entrepreneur Amy Lee, Ashley launched “Millionaire Chess“, a tournament with a deep prize fund of $1,000,000 and many entertaining themes to attract players, patrons and sponsors.

As with any venture, there are risks. At the outset there have been those who have balked at the $1,000 entry fee for the tournament since many of the major tournaments in the U.S. have fees one-fifth of that amount. However, those tournaments do not have a prize fund that is commensurate with what Ashley has set forth. So Ashley has tendered a response below which we will dub, “GM Ashley: A $1,000,000 Response”.

Recently, I saw a FaceBook post from a respectable International Master of chess, who expressed some concerns about the feasibility of the Millionaire Chess Open. I’m glad to have this opportunity to respond to those doubts since it’s the folks who really care about chess and have spent their lives dedicated to the game who I most want to see recognized and rewarded for all their hard work.

First of all, the Millionaire Chess Open has been 10 years in the making. When I initially conceived of the idea of a million dollar event, it was because I wanted to help bring change to the utterly stagnant world of professional chess. Unlike some younger folks, I clearly remember the days when former World Champion Garry Kasparov worked his tail off to try to change chess by bringing big name sponsors to elevate our sport (Intel is one prime example). Sadly, his dream did not come to pass. The chess world split with arguments between the Professional Chess Association and FIDE, the big name sponsors dried up, and Kasparov retired from chess, pretty much in disgust. As I watched this, I wondered if I could personally make a difference by organizing a serious event chess players could be proud of that would also attract significant attention from the mainstream press. When I found a sponsor for an event that would become known as the HB Global Chess Challenge, I thought the dream had a chance to become a reality. My partners and I decided to take the risk and throw our hats into the ring.

“I think most players who attended the HB Global agreed that it was a great event, worthy of representing our royal game. For years, I have gotten emails begging me to pull off another HB Global from players who told me it was the best-run tournament they had ever attended.”

We immediately faced major obstacles. First, our sponsor felt that a million dollar guarantee was too steep a gamble to take. He decided to go in halfway in order to test the waters. I argued that we should be going all in to send the message loud and clear, but in the end, he who has the gold makes the rules. Secondly, he insisted that it be in his hometown of Minneapolis. His foundation was doing wonderful things there helping kids, and he wanted the city he loved to get all the shine possible. While I appreciated his love for his city, I also knew that realistically most chess players around the world did not think of Minneapolis as a destination capital and would not be immediately attracted to the City of Lakes. Finally, and sadly, the chess world itself had major doubts about the event. I was even told by one organizer (who will remain nameless) that this event would “destroy” chess by irresponsibly raising the hopes of chess players! Even some chess fans were doing the same, arguing against the event as some sort of fly-by-night operation that we could not pull off. 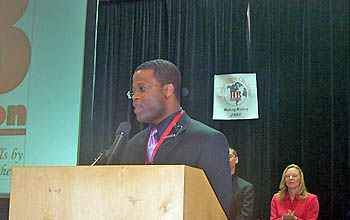 In the end, we did. I think most players who attended the HB Global agreed that it was a great event, worthy of representing our royal game. For years, I have gotten emails begging me to pull off another HB Global from players who told me it was the best-run tournament they had ever attended. And the success of the event even prompted a popular and business-minded organizer to immediately raise the prize fund in his event to $500K as well. While we hadn’t gotten the 3,000 chess players we wanted, the 1,600 we did receive covered the prize fund and then some. It was something to build on. 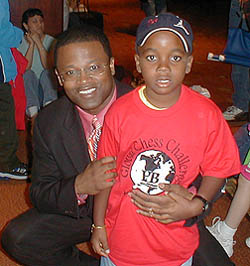 Sadly, our sponsor did not want to wait for chess players to catch up with a big vision and decided to pull out. A lot was written that the project was a failure, but I never saw it as such. In fact, I viewed it as the exact opposite. We were able to garner the support of avid chess players to the tune of them paying well over $500,000, and the sponsor received his money’s worth of media attention. I had no doubt that if the event had been repeated, that we would’ve gotten many more chess players and the expenses would’ve been dramatically less (we didn’t need to advertise as much anymore). But the tremendous work involved, the pulling out of my main sponsor, and the need for me to focus on a young son lessened my appetite for trying again.

“So the fundamental question the entire idea hinged on was whether or not chess players believed enough in their sport and in its potential to support an event that required them to pay more than they’re used to, to have a chance to realize their deepest dream of seeing chess recognized for the great game that it is.”

The idea went into a long hiatus until this year when I was having a deep conversation with my good friend Amy Lee, who, with her entrepreneurial mind, instantly saw the possibility to revive the concept. Being a successful entrepreneur, she incessantly drilled me about the obstacles that prevented the first idea from working, and soon she was able to get to the core of the problem that truly required an insightful outsider’s perspective. What she realized was that the tournament had to stand on its own as a commercial proposition. That meant you could not absolutely rely on sponsors to make it happen, but instead would need for the numbers to hold up on their own, and the only way that would work was if the entry fees paid for the prize fund and the associated expenses. When we crunched all the numbers, it meant that $1,000 was not only natural but necessary.

Of course, I knew chess players aren’t used to paying that sort of entry fee, but I was also well aware that poker players have been paying much, much more for the chance to win big prizes at the World Series of Poker. So the fundamental question the entire idea hinged on was whether or not chess players believed enough in their sport and in its potential to support an event that required them to pay more than they’re used to, to have a chance to realize their deepest dream of seeing chess recognized for the great game that it is. We didn’t have the answer to that question and we spent weeks studying the idea from all angles before deciding it was time to go all in or, as Amy loves to say, “Go big or go home.”

We understood that the venue had to be someplace where players would not just have a great time playing chess but know that even if they didn’t win the event, they would have a fantastic time attending. Las Vegas was our choice pretty early on, but it took some time to nail down the perfect hotel. We wanted one on the Strip, in the middle of all the excitement. That finally led us to Planet Hollywood, an absolutely spectacular location, right in the center of everything there is to see and do in Vegas. As we met with the representative at convention services, we soon found out, to our disappointment, that if we were trying to make an event truly worthy of our name with high-end decor and complete audio/visual coverage, that vision would come at a cost. Initially, we were quite disappointed and, for 24 hours, we debated whether or not we would have to scrap the idea. However, after looking once again at our numbers, we realized we could absorb the cost because we had planned so efficiently. It also soon became apparent that the additional estimates we had been given were for an over-the-top show, and that we were running a chess tournament, not a Celine Deon concert! We were back in business.

GM Ashley at the site of the Millionaire Chess Open.
Photo by millionairechess.com.

Now we’re going full speed ahead. While we are naturally looking for sponsors and have some very promising avenues to pursue, the event is definitely not sponsor dependent. The fundamental idea that drives the tournament forward is that chess players have to prove to the world and to themselves that they believe enough in their game to support events that benefit them in the long run. We are looking to players to sign up by March 31st to make the Millionaire Chess Open definitely happen. I personally believe and have faith in my fellow chess players that they will see the bold vision and embrace it. Hopefully, that faith will be justified. If not, I’ll feel great that we made the effort.