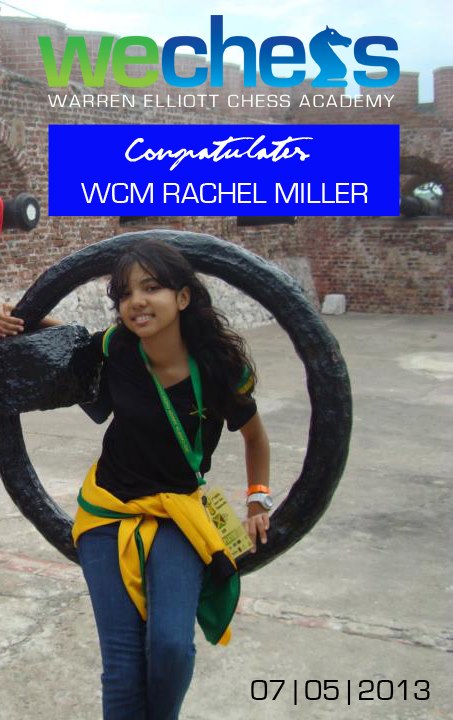 Jamaica has experienced a wave of activity amongst the youth segment of the population. This has due to the success of local chess administration and players, led by QC Ian Wilkinson, President of Jamaican Chess Federation. Recently several Jamaicans were awarded titles from retroactive results. However the newest title recipient is also the youngest in 12-year old Rachel Miller who has been conferred the title of Women’s Candidate Master.

The title was earned from her result at the 2012 Central American and Caribbean Youth Chess Championship held in Caguas, Puerto Rico in December 2012 where she scored 5/9 (7th position in under-12). Confirmation came this week from FIDE to the joy of her coach FM Warren Elliott. Miller, a student at Campion, has compiled a string of successes in her short career. Rachel has a sister Rianna Miller, who also competed in the under-10 section and finished 2nd in the Under-8 female category.