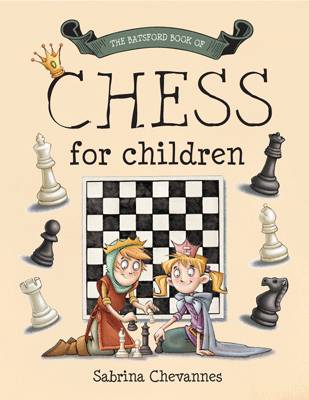 WFM Sabrina Chevannes has told The Chess Drum that she is releasing a new children’s book on chess. It will be release in about a month and published by Batsford, the company known for producing many popular chess titles. Chevannes has had a storied career winning many national titles and also representing England in a number of competitions.

She will also make an appearance in the U.S. this summer competing in the Washington International in Rockville, Maryland as well as visiting the U.S. Open in Madison, Wisconsin for a business session and then traveling to the bay area. Chevannes is enthused about potential of reaching youth through chess is informed about some of the successful models in the U.S. She is even well aware of Adisa Banjoko’s Hip-Hop Chess Federation and has learned about the works of others such as BeSomeone’s Orrin Hudson. She is looking for collaborations and will spend time in the U.S. making these arrangements.

Chevannes’ book will be reviewed here at a later date, but here is a snippet.

Chess is experiencing a new wave of popularity in schools, and it’s educational too. Organisations like Chess in Schools are promoting it as the perfect way to develop analytical thinking skills, foster the competitive instinct – and provide a lot of fun along the way. This cute, character-based book, aimed at children aged 7 and up, is a complete guide to chess for those starting out in the game. In straightforward, animated language, Jess and Jamie – two rough-and-tumble kids who are obsessed with chess – explain everything you need to know, from first sitting down at the board to sneaky tricks to help you beat your opponents. 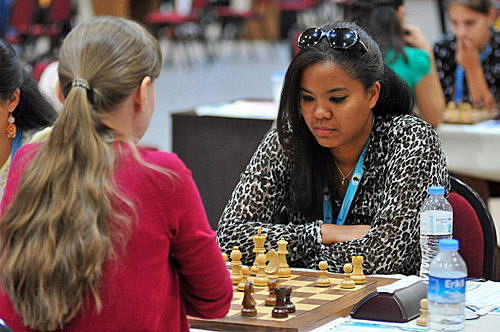 Inside look at Ghana Chess