St. Louis was settled by Pierre Laclède and Auguste Chouteau and named after French king Saint Louis, this city of 318,000 is known for its baseball and the iconic Gateway Arch. It is also a place of childhood memories for me. When by parents drove from Chicago to East St. Louis, Illinois (across the bridge from St. Louis) to visit their families, me and my siblings often got excited when we saw the Arch in a distance. Little did I realize that the city would become important for another reason. 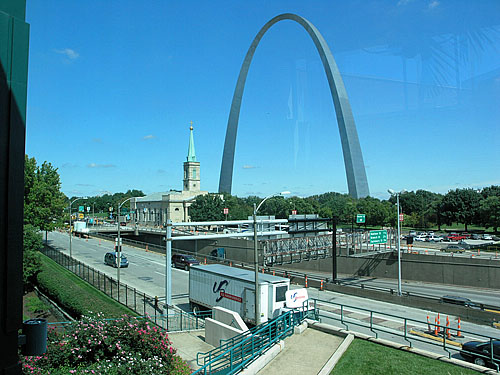 The Gateway Arch.
All photos by Daaim Shabazz unless otherwise listed. 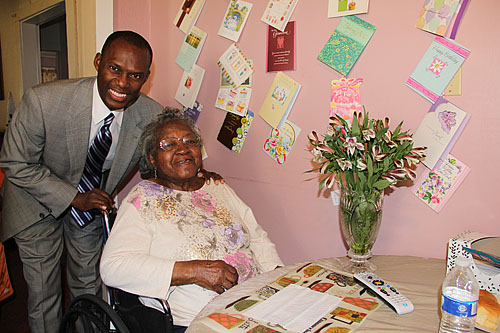 In just five years, St. Louis has become of the centerpiece of American chess as demonstrated by the establishment of both the Chess Club and Scholastic Center of St. Louis and the World Chess Hall of Fame. Before then, St. Louis had a modest chess history with players such as IM Michael Brooks, FM Douglas Eckert, Charles Lawton, Terry Niehoff (now prominent lawyer) and Leroy Jackson (Muhammad)… players who put St. Louis on the map in the 80s and 90s. 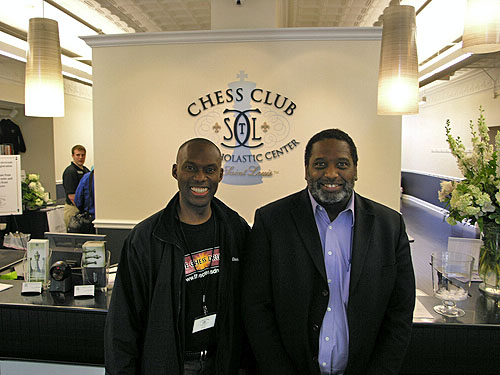 However, when retired financier Rex Sinquefield and wife Dr. Jeanne Sinquefield decided to establish the club in 2007 and literally resuscitated American chess. If you add the inclusion of Susan Polgar’s program at Webster University (eight Grandmasters) and the Lindenwood University program led by Yasser Seirawan, the city has quickly become a centrifugal force for chess activity.

I have been to the CCSCSL on three different occasions… the 2009 U.S. Chess Championship and in 2011 when I was in “the Lou” for my great aunt’s 97th birthday (she’s almost 99… pictured above). During this visit, I stopped by the World Chess Hall of Fame for the first time and wrote about it on these pages. Each time I go to the CCSCSL, there are marked improvements.

After four successful editions, the 2013 U.S. Chess Championship was one for the history books. Personally I was proud to have been a part of this event. It was done with ultimate class on every single level and was a harbinger of things to come in American chess. The players all competed at a high level and while the tournament was missing its marquee player in Hikaru Nakamura, Gata Kamsky represented the professional class.

This tournament showed that there was a new breed of talent emerging on the chess scene. While immigrants have dominated from the 80s onward, there are several homegrown talents who are making quite an impression. With 5,335 players at the recent SuperNationals, we will certainly see stars begin to emerge. As for the American chess scene in St. Louis it is vibrant as ever. Webster University has assembled an Olympiad-strength team and Lindenwood University is a budding star.

On the scholastic level, Jeannie Sinquefield told me they are teaching chess to over 10,000 children in the St. Louis area in over 100 schools. One of these schools in the Innovative Concept Academy, a program started by a Circuit Court Judge Jimmie Edwards. I visited this school on the rest day and it was truly one of the highlights during championship week.

Some of memories were based on my previous visits, but the Central West End is a pleasant location with access to many fine eateries (including for vegans like myself), the Forest Park and of course minutes from the Arch, Union Station Mall and Busch Stadium. Of course, the city lacks the diversity of options as Chicago 300 miles north, but yet it is now the “Mecca” for chess.

So… I was covering my second U.S. Championship live and was still able to visit family members in E. St. Louis/St. Louis. Covering national championships are nowhere near as grueling as Olympiad tournaments and the venue made the job so much easier and much less of a time sink. The pleasant staff of the CCSCSL and the excellent conditions made the environment very festive and upbeat. Mike Klein (covering for CCSCSL and U.S. Chess online) joked with me and he said, “It’s certainly not Istanbul!”

The venue was exciting as I got a chance to see a number of players up-close and meet some interesting personalities. Iryna Zenyuk is by far one of the most cheerful players I’ve met. So… I catalogued my reflections below as I have done for many different events. Hopefully you will get a better idea of the atmosphere in St. Louis during this chess event. Every chess player should be there to experience it! 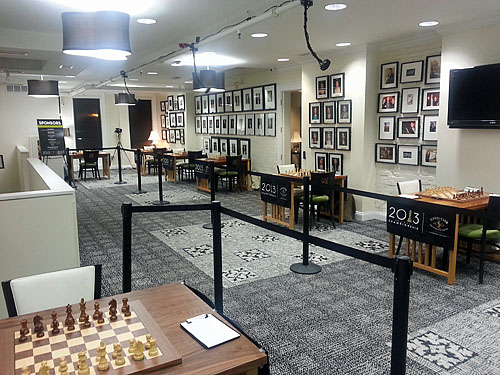 There were a lot of memories formed in my trip to St. Louis, but there were a number of random moments where I simply took shots I felt were interesting. Some were spur of the moment and other I saw forming. Below are a handful of miscellaneous shots… each evoking certain memories.

The Chase Park Plaza Hotel sits in a location that almost gives it the maximum visibility to show off its grandeur. This residence for players during their stay has become a symbol of the class afforded the event over the past five years. The rooms are comfortable, there is a movie theater on the first floor and the rooftop view is stunning! It made a stunning backdrop for the closing ceremonies… and what a nice place to throw an after-party! 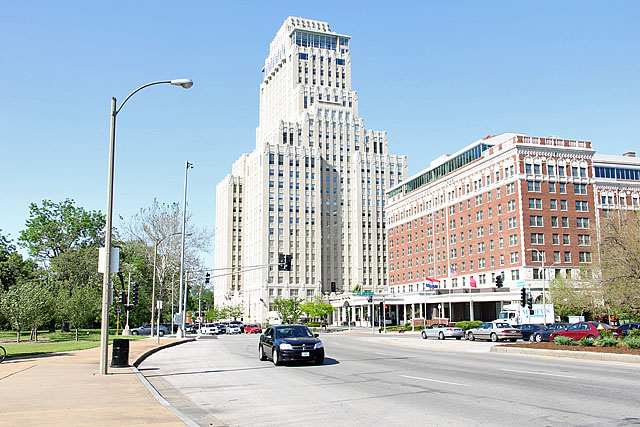 Best Memories of the 2013 U.S. Championship were… 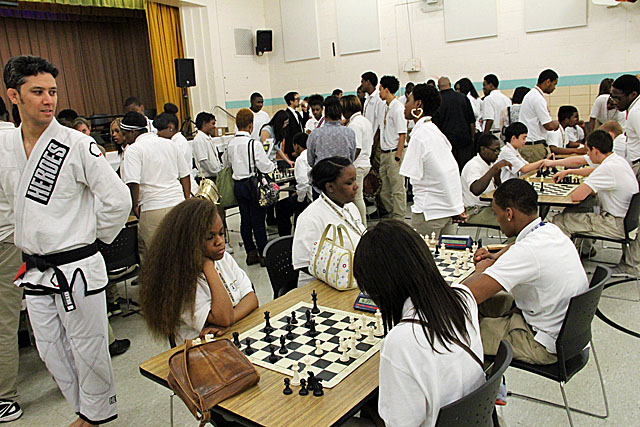 What a wonderful program at Innovative Concepts Academy! 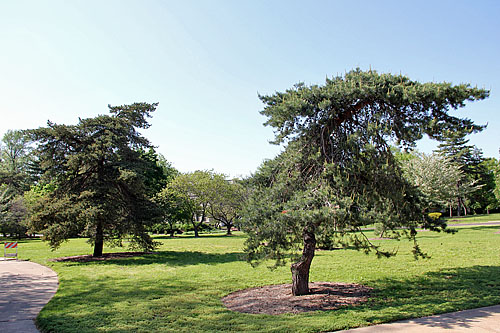 I hear players made good use of Forest Park. Quite nice! 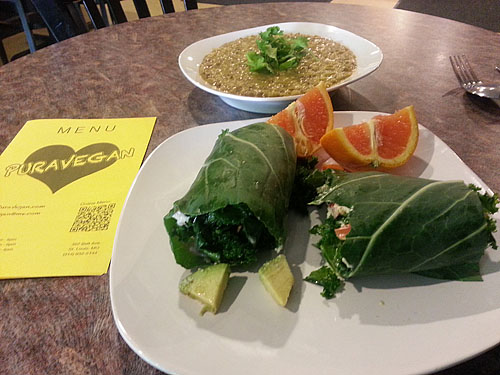 What are these strange-looking foods? At the top is a mung bean/quinoa stew (spicy) and at the bottom we have a chopped kale medley with avocado wrapped in collard leaf like a burrito… very tasty!! Surprisingly an orange drizzle brought out the flavor nicely. I had already taken a bite. 😛 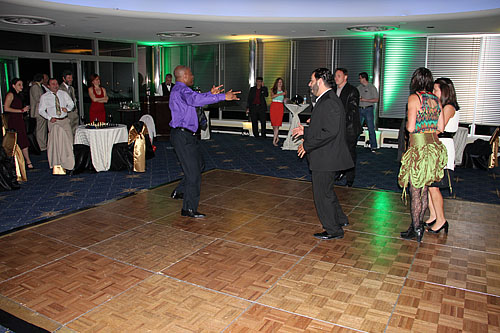 GM Ashley cutting up the dance floor to the delight of observers. 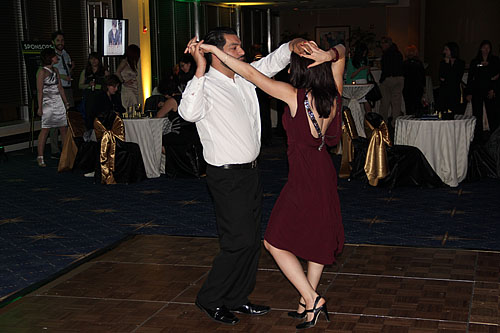 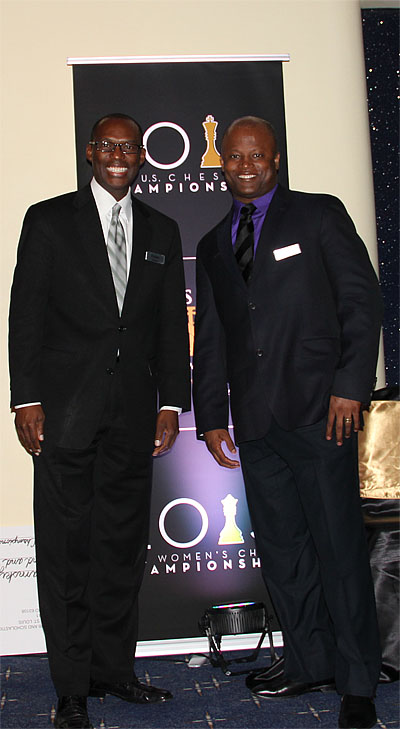 Worst Memories of the U.S. Championship were… 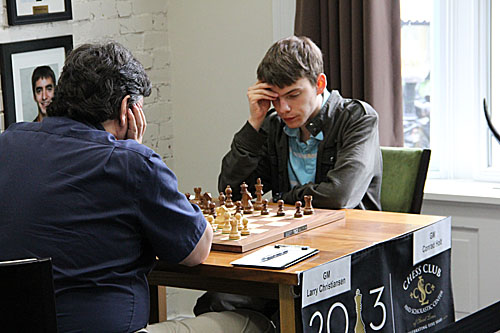 GM Conrad Holt, a sophomore physics major at University of Texas-Dallas, took an online final during the tournament. Fortunately, he still had a stellar event (+2 and 2679 performance). 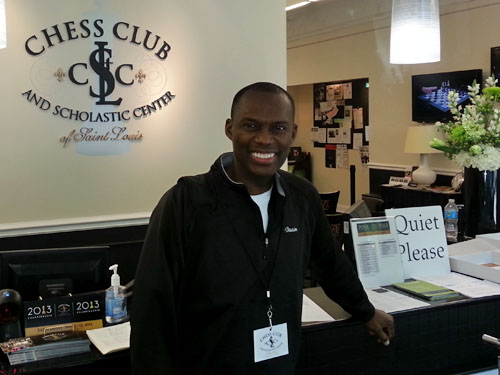 See you next year! 🙂
All photos by Daaim Shabazz unless otherwise listed.