Jamaican Chess Federation President Ian Wilkinson has announced the hosting of the 2013 CARIFTA Championships to be held on the island of “wood and water”. The tournament will begin this evening and will feature the top juniors from the region. Wilkinson excitedly told The Chess Drum that juniors from Aruba, Bahamas, Barbados, Jamaica, Trinidad & Tobago and the US Virgin Islands have committed to compete. This is the second CARIFTA tournament held and it features the age groups under-20, under-16 and under-12. The first was held in Trinidad and Tobago. 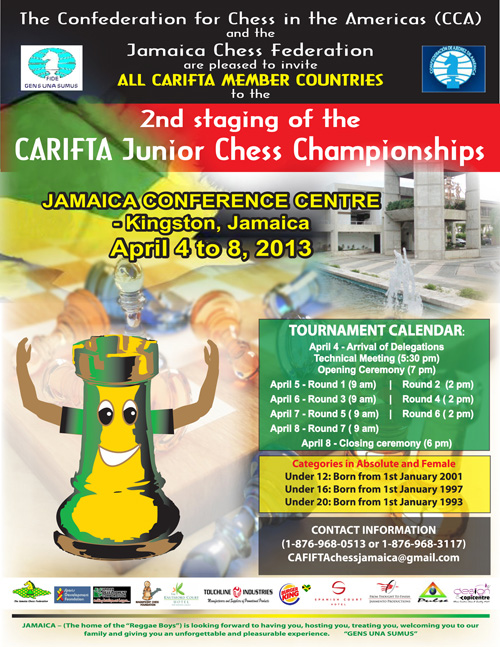