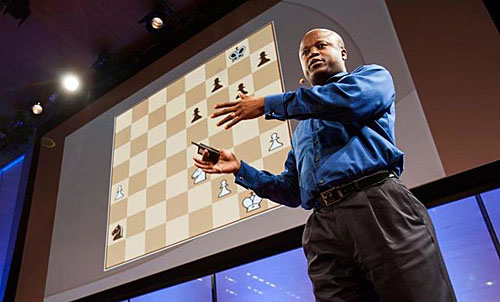 GM Maurice Ashley has found his niche as a “chess educator” which is not the run-of-the-mill title for a chess trainer or coach. Ashley is talking chess pedagogy and epistemology these days. In a recent video he speaks on the methods of chess thought. In this five-minute talk, he discusses “retrograde analysis,” one of four methods he highlights to analyze a position. Take a look.

One Response to “Ashley’s “Retrograde Analysis””